Time. Parents feel stressed six times a day because of their children, study claims. Getting kids to bed, doing the weekly food shop and meal times have been named on a list of parents' biggest stress triggers. 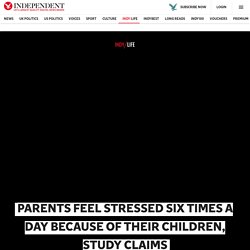 A study of 2,000 mums and dads found the daily worries which put parents on edge also included bath time, getting homework finished and keeping screen time to a minimum. Getting home from work in time to wish them goodnight, knowing the right foods to feed children and successfully getting out of the door on time also featured on the list. Download the new Independent Premium app Sharing the full story, not just the headlines Just paying for petrol was a nightmare for a third of parents of young children. It also emerged the average parent found themselves feeling stressed six times a day and believed the age of five is when children peak and become their most demanding. The research was conducted by BPme, a new app which allows customers to pay for their fuel without leaving their car, helping reduce the stresses and strains of time-pressed parents.

How to Slow Down Your Family’s Schedule. Google Home Routines: How to put them to use. Unless you’ve dug deep into the settings menu for Google Home, you might not know about the smart speaker’s most powerful feature. 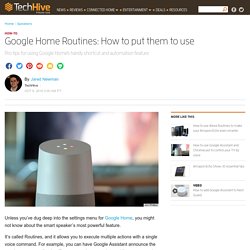 It’s called Routines, and it allows you to execute multiple actions with a single voice command. For example, you can have Google Assistant announce the weather, a personalized traffic report, and news updates while you get ready for work, or have it dim your smart light bulbs and play some relaxing music a few minutes before bedtime.

These routines even work with the Google Assistant app on iOS and Android—no smart speaker required. You can also schedule Routines to run at specific times without voice commands, effectively turning a Google Home speaker into a high-tech alarm clock that can wake you up with music, information, and smart home automations. Here’s how to get started with Google Home’s Routines, and how to make the most of them: Google Home Routine basics Jared Newman / IDG You can, however, add more trigger phrases to each Routine. How the 24-hour society is stealing time from the night. Burmese monks know that it is time to get up when it is light enough to see the veins in their hands. 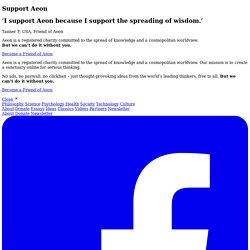 Muslims base their getting up on the passage in the Quran that defines daybreak as the time when it is possible to distinguish between a dark and a light thread. In parts of Madagascar, questions about how long something takes might receive the answer ‘the time of rice-cooking’ (about half an hour) or ‘the frying of a locust’ (a quick moment). In a world without clocks, it is natural cues or events that give some sense of time. Each day sees the sun and moon rise and set. The tides rise and fall. This organic relationship to time goes hand in hand with a far more relaxed approach to punctuality and appointments. But increasingly, in most of the world, from the moment we wake, we live our day by the clock. [T]he very notion of productivity is the by-product of the clock: once one can relate performance to uniform time units, work is never the same. How children thrive when we give them unscheduled free time.

A 7-year-old girl sits in my office, playing with a squeeze ball we made together. 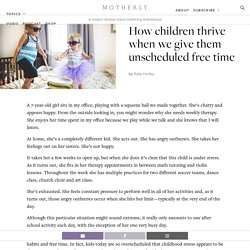 She’s chatty and appears happy. From the outside looking in, you might wonder why she needs weekly therapy. She enjoys her time spent in my office because we play while we talk and she knows that I will listen. At home, she’s a completely different kid. She acts out. It takes her a few weeks to open up, but when she does it’s clear that this child is under stress. She’s exhausted. Although this particular situation might sound extreme, it really only amounts to one after school activity each day, with the exception of her one very busy day. Many kids fill their days with sports and activities, sometimes to the detriment of healthy sleep habits and free time. Long gone are the days of wandering the neighborhood in search of friends and time spent lost in self-discovery.

When I help parents find a healthy balance within their families, common themes emerge. They want their kids to succeed. Passion emerges. How bad experiences in childhood lead to adult illness. If you saw Laura walking down the New York City street where she lives today, you’d see a well-dressed 46-year-old woman with auburn hair and green eyes, who exudes a sense of ‘I matter here.’ 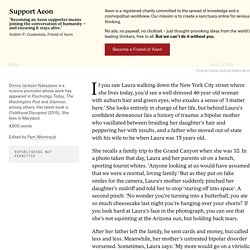 She looks entirely in charge of her life, but behind Laura’s confident demeanour lies a history of trauma: a bipolar mother who vacillated between braiding her daughter’s hair and peppering her with insults, and a father who moved out-of-state with his wife-to-be when Laura was 15 years old. She recalls a family trip to the Grand Canyon when she was 10. In a photo taken that day, Laura and her parents sit on a bench, sporting tourist whites. ‘Anyone looking at us would have assumed that we were a normal, loving family.’ But as they put on fake smiles for the camera, Laura’s mother suddenly pinched her daughter’s midriff and told her to stop ‘staring off into space’. After her father left the family, he sent cards and money, but called less and less. Updates on everything new at Aeon.