Spaceships All Around Earth - Massive UFO War Above Us! Ashtar - 2016 Ends A Cycle, 2017 An Entirely New Era. The Final Wave of Souls is Here and It's Going to Change Everything. 2016 Cleansing Finals – Moving beyond being Human. Brad Johnson and Adronis Interviewed on One Radio Network. The NIBURIAN 9th Dimension Council - Anunnaki Planet Nibiru. The Taking Down of the Chimera the Root of All Evil. Alex Collier 2016 august - Victory of the Light Radio Show. Cobra interview by Rob Potter August 1 - 2016. Timelines Shift. Energy Wave Arrived Last Night. Something Big Came OUT Of A Black Hole Recently! Scientists Baffled 3/15/16. What is The Event? Milabs, Monarchs, Human Cloning. Blue Avians, Sphere beings, SSP - David Wilcock/ Corey Goode - Acore Public Forum: tinyurl.com/Acore-Public - Green Energy Investors. The Coming "Official" Announcement of the Alien Presence on Earth.

The 6 Alien Species Currently Fighting for Control Over Earth. Hundreds of sightings, abductions and first-hand accounts have made it possible to distinguish several distinct alien species that have been in cahoots with military forces, deciding our future without ever consulting us. 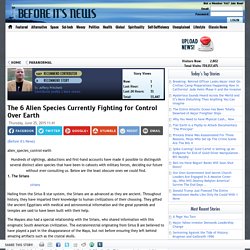 Below are the least obscure ones we could find. About Abraham Law of Attraction. Sometimes no amount of words will do a subject justice. 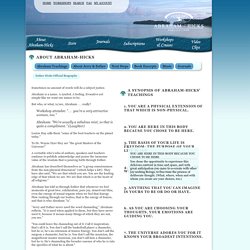 Abraham is a name. A symbol. A feeling. Evocative-yet simple-like we want our names to be. Agartha Network Developments. Trawling the Farm for Human Energy. 0 0 0 New Share0Share0 0 BY Makia Freeman, Zen Gardner In many ways, living on Planet Earth is like living on a human farm. 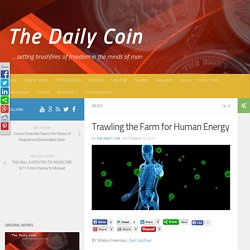 Divine Revelation – The New Message from God. Cosmic Disclosure. Sphere Alliance Message: DNA Storage and Harvesting by Galactic Travelers. Subscribe and get Galactic News Daily Updates: This one was unexpectedly candid about the DNA storage to and harvesting from Earth humans. 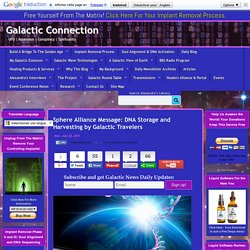 Shades of the movie Jupiter Ascending. Heather Tucci-Jarraf told me privately after I arrived in Morocco in 2013 that DNA was the biggest export from this planet and that the elites had been profiting from it for sometime by exchanging it for technology and other resources. Kind of makes you rethink all those sperm banks, blood banks, fetal cells, umbilical cord and placenta collections doesn’t it? Not to mention the massive DNA collection going on by police and other law agencies! Introducing The Galactic Federation of Light. Scientists find liquid water near Mars surface. Researchers have long known that there is water in the form of ice on Mars. 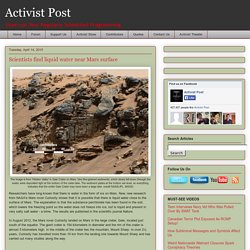 Now, new research from NASA's Mars rover Curiosity shows that it is possible that there is liquid water close to the surface of Mars. News. By Patricia Cota-Robles October 7, 2014. 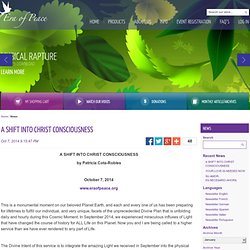 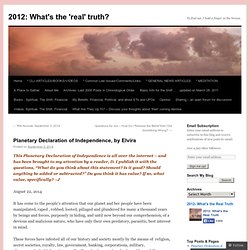 I publish it with the questions, “What do you think about this statement? Is it good? Should anything be added or subtracted?” Do you think it has value? If so, what value, specifically? August 22, 2014. Sandra Walter's Reminder About the First Week of September Folks! ET "Commander" Ashtar On Malaysian Flight, Ukraine Pyramids, Palestinian Tunnels To Inner Earth, And Low Vibration Critique And Commentary. Ashtar: We are looking forward with glee, on the ships and amongst you there on the ground when we come to walk among you, unseen to you, but enjoying the things that you enjoy, like the beautiful vistas, the lush green forests, and the laughter of children. 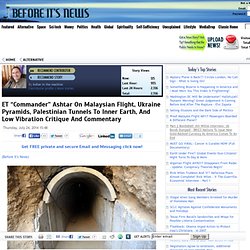 Veterans Today Speculates Putin Alliance with ET Group. (Thanks to Therisa for these articles reminding us that they ARE watching our back and setting some deadlines…-A.M.) 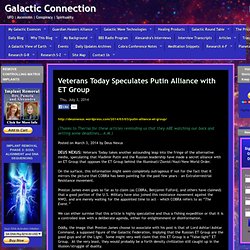 Posted on by Deus Nexus DEUS NEXUS: Veterans Today takes another astounding leap into the fringe of the alternative media, speculating that Vladimir Putin and the Russian leadership have made a secret alliance with an ET Group that opposes the ET Group behind the Illuminati/Zionist/Nazi/New World Order. On the surface, this information might seem completely outrageous if not for the fact that it mirrors the picture that COBRA has been painting for the past few years – an Extraterrestrial Resistance movement.

Preston James even goes so far as to claim (as COBRA, Benjamin Fulford, and others have claimed) that a good portion of the U.S. Military have also joined this resistance movement against the NWO, and are merely waiting for the appointed time to act – which COBRA refers to as “The Event.” SCIENTIFIC PROOF! Our DNA Is Mutating! Updated June 27, 2014 by in5d Alternative News by Gregg Prescott, M.S. 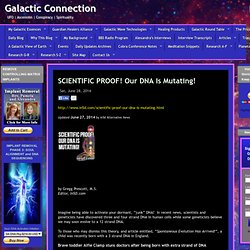 Editor, In5D.com Imagine being able to activate your dormant, “junk” DNA? In recent news, scientists and geneticists have discovered three and four strand DNA in human cells while some geneticists believe we may soon evolve to a 12 strand DNA. The Lie NASA Told improved audio version. Spiritual Guidance: You Don’t Have to Limit Yourselves « The Culture of Awareness. Conveyed through Wes Annac, The Culture of Awareness. 6 Shifts In Consciousness We Are Experiencing Right Now. Absolutely everything is a wave of energy and there are many new energies taking place on Earth. We’ve shifted consciousness, but we’re still using old reflections to create our reality. Abundance in all aspects of life is now much easier to achieve in the new vibration and a confidence in our abilities will soon magnify to great levels in the coming years. There will be some obstacles and challenges ahead, but know that the following shifts in our being are happening right now as all humans are born into spiritual wealth without practice.

Vibrating frequencies build a virtual construct that makes you think you are in a physical world, but you are not. Planetary Update - June 2014. Collapse of Civilisation and a Powerful Way Through with Spiritual Realignment. Spiritual Guidance: Inner Change is the Path to Wholeness. Denise LeFay: Ascension Symptoms. Elephant in the Room - Therese Zumi Sumner. The End of the Present Age and the Fall of Rome: On the Brink of a Global Spiritual Reclamation Fri, April 4, 2014 A Crucial Message for those with Hearts to Receive from Reverend Kevin Daniel Annett ITCCS Field Secretary and Convenor of The Covenanted Congregational Community April 4, 2014.