Different strokes for different folks. After our first instalment looking at the straight arms stroke of Janet Evans and Michael Klim, we have received comments along the lines of why this technique won't work for you. 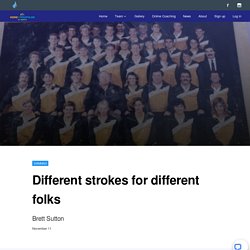 However this is the whole point of these blogs.., there is not one technique for everyone. We are not one of the one stroke fits all brigade! At Trisutto we understand swimming, but more importantly we understand that every individual is different. As such we provide not one stroke but six variants that can be selected from to make you a better swimmer. Our goal with these blogs is to show our readers that there are many different techniques in swimming besides the 'textbook' freestyle which is too often used as the standard. We have had great success teaching both our private age group athletes and camp athletes that there is another way. Why do they fail? To address the next query from the doubters 'how could you study these people first hand?

Yes, I looked a little different back then. What they don't want you to know - high elbows 2. With her straight arms and high elbow recovery, the great Janet Evans was my inspiration for a replicable swim stroke for the vast majority of my female squad. 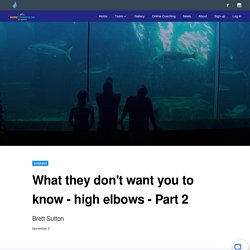 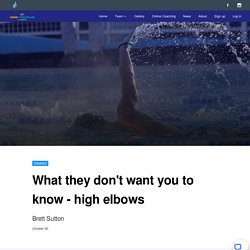 So, let's start with busting the myth that high bent elbow recovery is a fundamental of swimming fast. Meet Janet Evans:USA 7 world records; 5 x Word Champion4 Olympic Gold Medals - 800 free (1988, 1992), 400 free ('88), 400IM ('88) Janet's swim stroke has been an inspiration, enabling many of my female athletes to swim much faster. I first studied Janet in 1987 at the Pan Pacific Games that were held in my home state where I was Director of Coaching. This slip of a girl weighed under 47kg soaking wet in a jacket. Once you got past the admittedly radical look of this stroke, one could see how efficient she ate up the metres, lap after lap.

Watching her swim from above the water told one story but viewing her stroke from an underwater window quite another. How did you develop that head position, it seems so uncomfortable? What they don't want you to know - body roll. Let's move on now to the next triathlon swim myth and slay it, in practical and literal terms. 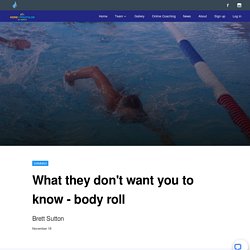 We will discuss two of the greats. First up: Sippy WoodheadUSA7 world records3 x World Champion 1978Olympic Silver 1984 200m I first saw Sippy swim in 1978, while she was representing the USA before her huge exploits at the World Championships that year where she won 3 gold and 2 silver medals. Sippy taught me two distinct different aspects of swimming. Like all of us, I had been taught distance per stroke, long extension at the front and body roll. Sippy swam with a two beat kick for balance, which only looked strong when racing the 100m. What they don't want you to know - body roll 2. As demonstrated in the previous blog, Sippy Woodhead's two beat kick and flat body position dismantled the myth of excessive body roll in freestyle (Body roll - Part 1) Next up we will look to one of our Trisutto favorites, (we love replicating some of her swim sets!) 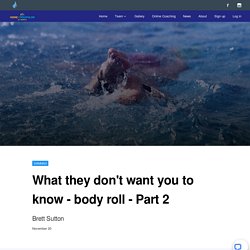 The great Tracey Wickham! Tracey WickhamAustralia3 world records2 x World Champion 1978 400m 800m Her world records stood for 9 and 10 years and it took Janet Evans to break them. Tracey is one of the greatest distance swimmers that Australia has produced. She is another very small lass that in every pound had a nasty fight in her. The 'angry ant' was known to trash talk before it was made famous. The first 200m in 2 mins 4 secsThe next 200m in 2 mins 2 secs, including the final 100m in 60 secsShe swam right over the top of them.

Tracey is a personal favourite of mine, as she encompasses many of the qualities that are taught as fundamentals, very high elbows, breathing on both sides but was not bilateral. What they don't want you to know - working. One of the most controversial topics in swimming for triathletes is the use of swim tools. 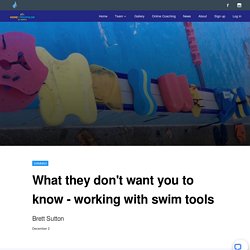 Biomechanist and human movement professionals talk about how detrimental to swim mechanics using such tools as pull boys and paddles can be. We have written plenty of articles on that topic. So rather than go over old ground, this blog is about showing where the Trisutto swim programs come from. We recently touched on several greats of distance swimming. Tracey Wickham and Steve Holland used vast amounts of differing pull apparatus. Hayley LewisAustraliaWorld Championships 1991, 1 x gold, 2 x silver,1 x bronzeOlympics 1992 silver 800m, bronze 400mCommonwealth Games 1990, 5 x gold, 1 x bronze I had the pleasure to observe Hayley's development from young skinny kid with a massive pool buoy to world champion. 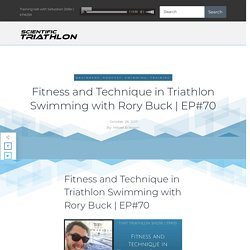