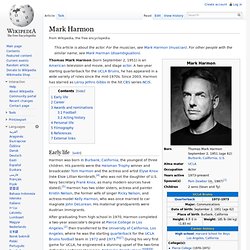 His parents were the Heisman Trophy winner and broadcaster Tom Harmon and the actress and artist Elyse Knox (née Elsie Lillian Kornbrath,[4] who was not the daughter of U.S. Navy Secretary Frank Knox, as many modern sources have stated).[5] Harmon has two older sisters, actress and painter Kristin Nelson, the former wife of singer Ricky Nelson, and actress-model Kelly Harmon, who was once married to car magnate John DeLorean. His maternal grandparents were Austrian immigrants. Career[edit] Mark Harmon in 2009 portraying Special Agent Gibbs in NCIS During the mid-1970s, Harmon made guest appearances on shows such as Laverne & Shirley and The Hardy Boys/Nancy Drew Mysteries and had supporting roles in the feature films Comes a Horseman (1978) and Beyond the Poseidon Adventure (1979).

Harmon received the 2,482nd star of the Hollywood Walk of Fame on October 1, 2012.[16] Awards and nominations[edit] Pauley Perrette. Early life[edit] Career[edit] In an 2005 interview with Craig Ferguson, the host of The Late, Late Show, Perrette said she has a lifelong crime obsession. 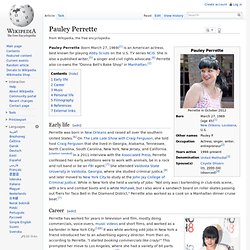 She was an undergrad student in sociology, psychology, and criminal science. She started her master's degree in criminal science before ending up in the entertainment industry. She now plays a forensic scientist, her former career goal.[11] In the January/February 2010 Performer Q Score, Perrette tied in the top 3 alongside Tom Hanks and Morgan Freeman. Perette started appearing in television commercials for Expedia.com in late 2010. Music[edit] Personal life[edit] Perrette in October 2009 Perrette was married for three years to actor and musician Coyote Shivers. She was engaged with cameraman Michael Bosman, however the two were not legally married; saying they would wait until everyone can get married in the United States. 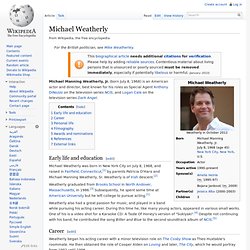 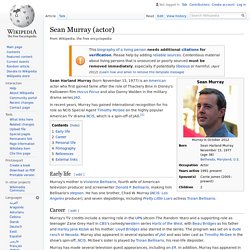 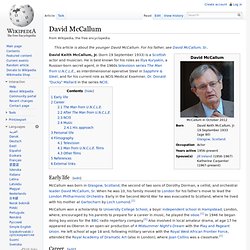 When he was 10, his family moved to London for his father's move to lead the London Philharmonic Orchestra. Early in the Second World War he was evacuated to Scotland, where he lived with his mother at Gartocharn by Loch Lomond.[1] McCallum won a scholarship to University College School, a boys' independent school in Hampstead, London, where, encouraged by his parents to prepare for a career in music, he played the oboe.[1] In 1946 he began doing boy voices for the BBC radio repertory company.[1] Also involved in local amateur drama, at age 17 he appeared as Oberon in an open-air production of A Midsummer Night's Dream with the Play and Pageant Union. 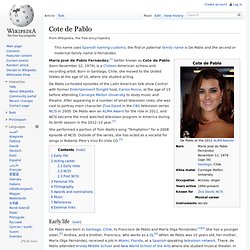 Born in Santiago, Chile, she moved to the United States at the age of 10, where she studied acting. She performed a portion of Tom Waits's song "Temptation" for a 2008 episode of NCIS. Outside of the series, she has acted as a vocalist for songs in Roberto Pitre's Vivo En Vida CD.[3]