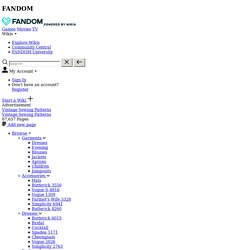 Here's the smartest idea of the season . . . a dress that has only back waist and shoulder seams, that has its back wrapped around to the front for a sheath-and-overskirt look. Binding finishes the edges. National Science Week. Textile neurons created by Rita Pearce and Pat Pillai. 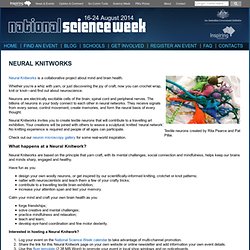 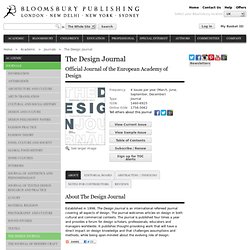 Psychologist John Cacioppo explains why loneliness is bad for your health « News & Events « Institute for Genomics and Systems Biology. Everyone knows what it’s like to be lonely. 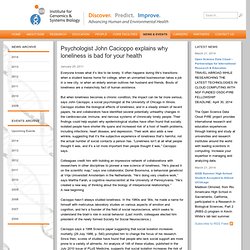 It often happens during life’s transitions: when a student leaves home for college, when an unmarried businessman takes a job in a new city, or when an elderly woman outlives her husband and friends. PsycNET - Display Record. The Journal of Modern Craft. 1) Manuscript Submissions Should you have an article you would like to submit, please write to Stephen Knott at stephen.knott@network.rca.ac.uk. 2) Exhibition Reviews Please contact Elissa Auther for consideration for review in The Journal of Modern Craft. 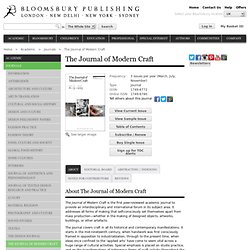 Email: eauthuer@uccs.edu. Collaborative Craft Capabilities: The Bodyhood of Shared Skills. Buy & download fulltext article: Abstract: With the rise of the Internet, skills, patterns, and ideas are being shared more widely among people engaged in the crafts, which seems to break with some of the underlying assumptions about the lone genius craftsman. 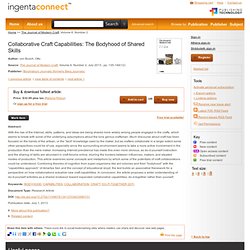 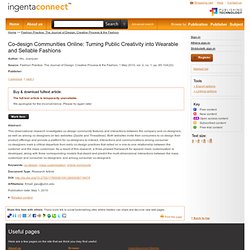 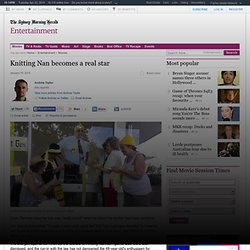 Clare Twomey says her son was "really proud" when he learnt his mother had been arrested. Her step-grandchildren "thought it was really good fun" that Nan had been arrested for trespass and ignoring police orders to stop knitting at a protest against coal seam gas mining in northern NSW last year. How creativity and craft are tackling dementia ... one stitch at a time. Napkin Project artist Deirdre Nelson with one of the dementia care home residents. 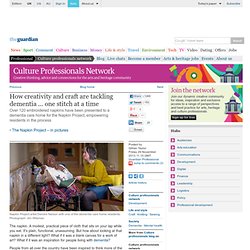 Photograph: Jim Wileman The napkin. HOW TO GET WHAT YOU WANT. The Interactive Knit Book demonstrates examples of knited electronic elements such as switches, sensors, speakers, and heaters that cause colour change. 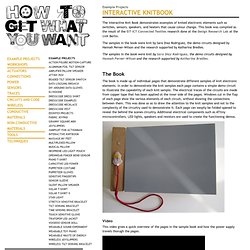 This book was compiled as the result of the EIT ICT Connected Textiles research done at the Design Research Lab at the UdK Berlin. The samples in the book were knit by Sara Diaz Rodriguez, the demo circuits designed by Hannah Perner-Wilson and the research supported by Katharina Bredies. Craft and making. Art and social practice. QAGOMA Blog. Patchwork of suiting fabrics and dress cottons (detail) | Elizabeth Magill (1888–1987), Belfast, Northern Ireland 1930s | Cotton and wool | Courtesy of Board of Trustees of National Museums Northern Ireland There is something about quilts that inspires an emotional and very personal response, and through-out the exhibition ‘Quilts 1700-1945′, you can hear visitors talking about people and objects from their childhoods that have been evoked by the objects on display.

The Gallery has also received a significant amount of correspondence in relation to the exhibition and the connections people have found within their own lives.

"The research published here suggests that there a link between gaming and better well-being and emotional functioning," says Dr. Discovering Holistic-Dynamic Needs beneath a Rigid Pyramid. This paper was published in the August/September 2008 issue of "Association of Humanist Psychology Perspective" and is posted here with the permission of the publisher and author. For usage rights, please contact the author through the "contact us" link. Abraham Maslow's proposed theories of self-actualization and human needs served as cornerstones of humanistic psychology and revolutionized psychology in the second half of the 20th century (Cox, 1987; ITP, 2007).

College texts for courses in marketing, management, and psychology represent interpretations of Maslow's ideas to the point of cliché. Executives in the boardroom use a pyramid representation of Maslow's needs theory to show how they will target customers and motivate employees. Creative connections3.qxd. 01_Industrial design. Textile futures: the living shoe and the strawberry plant that grows lace. "We tend to work in the year 2050," says Carole Collet, who founded the Textile Futures course at Central Saint Martins 10 years ago. "But for some students, that's not enough – they prefer to speculate up to 2080 and beyond. " It keeps me sane.

Garments of Paradise. Craft research: Textiles as agent for wellbeing.