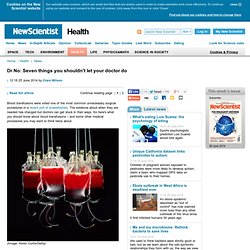 6 Bullshit Facts About Psychology That Everyone Believes. Psychology is one of those subjects that everybody likes to think they know something about. 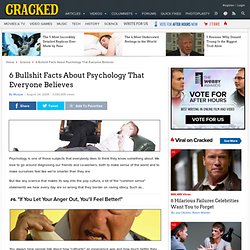 Informationliberation - Big Pharma researcher admits to faking dozens of research studies for Pfizer, Merck. By Mike Adams, the Health Ranger It's being called the largest research fraud in medical history. 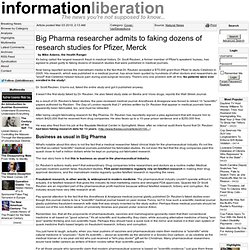 Dr. Scott Reuben, a former member of Pfizer's speakers' bureau, has agreed to plead guilty to faking dozens of research studies that were published in medical journals. Now being reported across the mainstream media is the fact that Dr. Reuben accepted a $75,000 grant from Pfizer to study Celebrex in 2005. 5 Clues Hidden in Computer Files That Can Get You Busted. It may seem like the Internet is a Wild Wild West of hackers, spammers and document leakers, but it's actually harder to get away with things in the computer age than you might think. 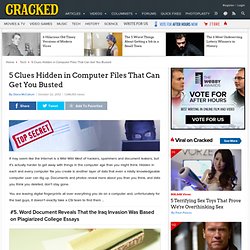 Hidden in each and every computer file you create is another layer of data that even a mildly knowledgeable computer user can dig up. Documents and photos reveal more about you than you think, and data you think you deleted, don't stay gone. Merck's Deleted Data. How Big Pharma Distorts Science to Get FDA Approval for Dangerous Drugs. April 20, 2009 | Like this article? 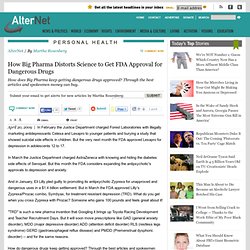 Join our email list: Stay up to date with the latest headlines via email. In February the Justice Department charged Forest Laboratories with illegally marketing antidepressants Celexa and Lexapro to younger patients and burying a study that showed suicidal side effects in children. But the very next month the FDA approved Lexapro for depression in adolescents 12 to 17. In March the Justice Department charged AstraZeneca with knowing and hiding the diabetes side effects of Seroquel. Medical mayhem. More Than an Apple a Day: Combating Common Diseases.

Antibiotics on the verge of becoming completely useless. (NaturalNews) The journal Lancet Infectious Diseases recently published a sobering piece about how antibiotics are becoming wholly ineffective as treatments for infection. 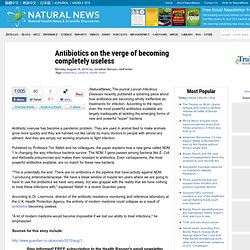 According to the report, even the most powerful antibiotics available are largely inadequate at tackling the emerging forms of new and powerful "super" bacteria. Antibiotic overuse has become a pandemic problem. Modern Medical Care is a Leading Cause of Death. By Dr. 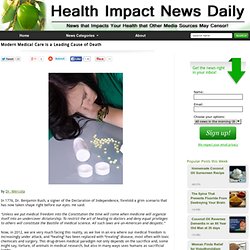 Mercola In 1776, Dr. Benjamin Rush, a signer of the Declaration of Independence, foretold a grim scenario that has now taken shape right before our eyes. He said: Acetaminophen Linked To Serious Skin Disease - Health News. Horror as patient wakes up in NY hospital with doctors trying to harvest her organs for transplant profits.

Bill Clinton's Madness: A Consequence of Heart-Bypass-Surgery Brain Damage. Retraction Watch. 5 Popular Medications You Won't Believe Mess With Your Brain. If you want to terrify yourself, go into your medicine cabinet and read all of the really weird side effects at the bottom of the label. 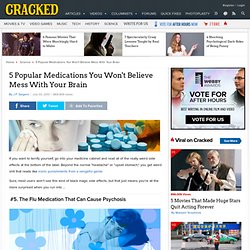 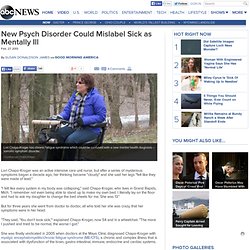 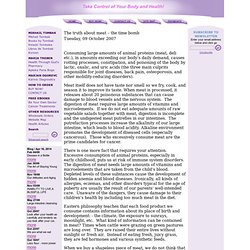 Meat itself does not have taste nor smell so we fry, cook, and season it to improve its taste. When meat is processed, it releases about 20 poisonous substances that can cause damage to blood vessels and the nervous system. The digestion of meat requires large amounts of vitamins and microelements. If we do not eat adequate amounts of raw vegetable salads together with meat, digestion is incomplete and the undigested meat putrefies in our intestines.

The putrefaction processes increase the alkalinity of our large intestine, which leads to blood acidity. Iatrogenic Disease: The 3rd Most Fatal Disease in the USA. Iatrogenic Disease: The 3rd Most Fatal Disease in the USA Ronald Grisanti D.C., D.A.B.C.O., D.A.C.B.N., M.S. Iatrogenic Disease is defined as a disease that is caused by medical treatment. Read major headlines around the globe on this serious disease. The Myth of FDA Approval: Why it's essentially meaningless in terms of safety and effectiveness. Can the Source of Funding for Medical Research Affect the Results? Many clinical research studies are funded by pharmaceutical companies and there is a general perception that such industry-based funding could potentially skew the results in favor of a new medication or device. The rationale underlying this perception regarding the influence of industry funding is fairly straightforward.