The International Feminine Dilemma. Sometime in my tweens, I declared over dinner at a family party that the two greatest technologies ever invented were 1) the Computer and 2) the Tampon. 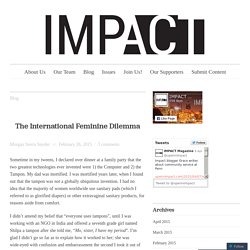 My dad was mortified. I was mortified years later, when I found out that the tampon was not a globally ubiquitous invention. I had no idea that the majority of women worldwide use sanitary pads (which I referred to as glorified diapers) or other extravaginal sanitary products, for reasons aside from comfort. I didn’t amend my belief that “everyone uses tampons”, until I was working with an NGO in India and offered a seventh grade girl named Shilpa a tampon after she told me, “Mo, sister, I have my period”. Als je even geen enkele reden voor dankbaarheid ziet…

Amnesty must stand firm on decriminalising sex work. Amnesty International is “poised to make a serious mistake” that would “severely and irreparably tarnish” the organisation’s reputation. 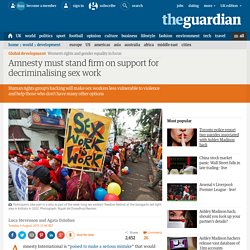 What is the mistake? Listening to sex workers globally and considering adopting a policy supporting the decriminalisation of sex work. The past week has seen a battle of petitions and open letters defending and attacking Amnesty’s move. Waarom ik mijn geloof in een ander Europa aan het verliezen ben. What are you a fight for? at adrienne maree brown. I wrote a story this weekend that brought me joy. actually it brought me creative ecstasy. it came at a time when i have been hurting, for lots of reasons, many of them connected to collective black and brown grief. in that pain, i have had the opportunity to create, and to lean on people, and be leaned on. all this vulnerability and vision has brought to light a practice i have been in – being a fight FOR, instead of (or in addition to) a fight against. i most recently heard this way of speaking about things in one of the somatics courses i was student-teaching, like ‘how can we be a fight for each other?’ 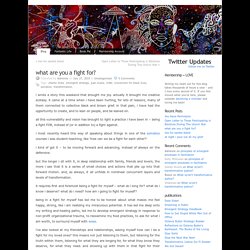 I kind of got it – to be moving forward and advancing, instead of always on the defensive. “Positive Attitude” Bullshit: On the dangers of “radical self-love” There is an endless supply of people who are ready and willing to inform us about what we are doing wrong, and how we can alter our behaviour so we can get ahead and inject magic and happiness into our lives. 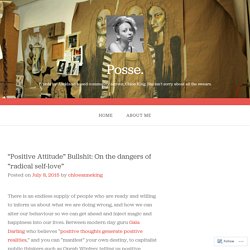 Between modern day guru Gala Darling who believes “positive thoughts generate positive realities,” and you can “manifest” your own destiny, to capitalist public thinkers such as Oprah Winfrey telling us positive thinking can help us obtain “the sweet life,” it is easy to get misled into a muddle of mistruths. A recent blog by Gala is entitled “Happiness is simple: why too many choices make us miserable and 5 ways to improve your life!” The Power of Vision Boards. Every successful person seems to agree on this one important factor: you need to visualize your future achievements not just in your mind, but on paper. 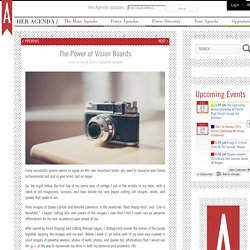 So, the night before the first day of my senior year of college I sat in the middle of my room, with a stack of old magazines, scissors, and tape beside me, and began cutting out images, words, and quotes that spoke to me. From images of Queen Latifah and Jennifer Lawrence, to the headlines “Best Happy Hour” and “Life is Beautiful,” I began cutting bits and pieces of the images I saw that I felt I could use as personal affirmations for the new (academic) year ahead of me. After spending hours flipping and cutting through pages, I strategically placed the pieces of the puzzle together, tapping the images onto my wall. What I created was a giant vision board- which is essentially a collection of vivid imagery that serves as a visual representation of your subconscious goals.

For people that have been raped. I was fourteen the first time that I was molested. 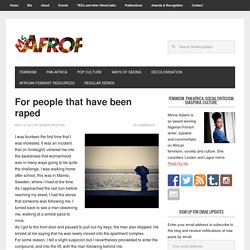 It was an incident that (in hindsight) ushered me into the awareness that womanhood was in many ways going to be quite the challenge. I was walking home after school, this was in Malmo, Sweden, where I lived at the time. As I approached the last turn before reaching my street, I had the sense that someone was following me. I turned back to see a man observing me, walking at a similar pace to mine. As I got to the front door and paused to pull out my keys, the man also stopped. I will not have sex with you: Reflections on Coming of Age in a Culture of Rape. I went to a college that had extremely close ties with Bill Cosby. 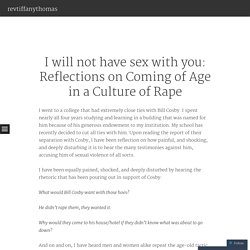 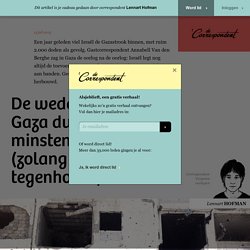 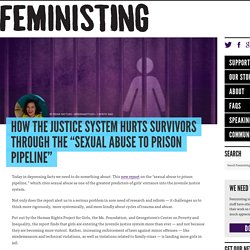 Not only does the report alert us to a serious problem in sore need of research and reform — it challenges us to think more rigorously, more systemically, and more kindly about cycles of trauma and abuse. Put out by the Human Rights Project for Girls, the Ms. Foundation, and Georgetown’s Center on Poverty and Inequality, the report finds that girls are entering the juvenile justice system more than ever — and not because they are becoming more violent. Rather, increasing enforcement of laws against minor offenses — like misdemeanors and technical violations, as well as violations related to family crises — is landing more girls in jail. The Sisters Are Alright: A Conversation With Tamara Winfrey Harris.

When I call up writer Tamara Winfrey Harris, I imagine us curling up on a sofa together, perhaps with some junk food and a bottle of wine, talking about our favorite TV shows and Spotify playlists. 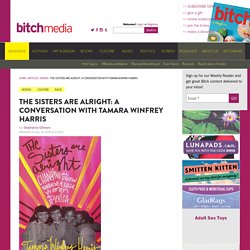 That’s how Tamara Winfrey Harris and I are—a couple of smart women who like to kick it with popular culture, but in a brainy and kinda nerdy way. One day we just might do the sofa and wine thing. But our lives have yet to make that possible. Instead, we became friends over the Internet, each following the other’s work, then editing each other. Now, despite not having the chance to meet in real life, we’re close friends. What brought us together, and what keeps us together, is a friendship rooted in feminism and social justice on the daily. Tami and I started off talking about the binary view of Black and white women.

For the sake of the gospel, drop the persecution complex. Did you hear about the pastor who was arrested for not marrying a same-sex couple? What about the publisher that got sued for refusing to censor anti-gay verses from the Bible? Both of these stories have been exposed as fakes of course, but that didn’t keep hundreds of thousands of conservative Christians from sharing them online this week. When I pointed out to a friend that the story he had just shared on social media wasn’t true, he replied, “well it might as well be. Christians in this country are under attack.” It has become a familiar refrain. Please Stop Telling Me To Love My Curves, Because Body Acceptance Is A Journey, Not An On-Off Switch. Earlier this week Demi Lovato posted a super body-positive Instagram selfie captioned, "Learn to lurrrrrvveee yerrrrr currrrrvveees.

" Lovato has become a body positivity champion in recent years; photos like this one, along with many #NoMakeup photos and images of fitness inspo geared towards encouraging us to love our bodies and ourselves, frequently pop up on her Instagram feed. Geef vluchtelingen het gevoel dat ze thuis zijn. The Rebel God: Realistic Nonviolence in a Violent World. Every 4th of July we nonviolent bloggers feel the need to write an obligatory post on American empire. I didn't, and instead enjoyed watching fireworks with my kids that some guys were lighting illegally on the street in front of our friend's house, and baking an apple pie (Mmmmm).

I get the comparison of the United States to the Roman Empire, but one has to ask, what would the alternative be? Would we rather live in a failed state? If our goal is the reduction of violence, it is clear that a failed state is far more violent and unjust than our country. The fact that we have police and a military does serve to reduce violence. Turning Burden into Vision. “I will take my stand at my watchpost and station myself on the tower and look out to see what He will say to me and what I will answer concerning my complaint. And the Lord answered me ‘Write the vision, make it plain on tablets, so he may run who reads it. For the vision awaits its timing. It hastens to the end. It will not lie. If it seems slow, wait for it. Vision changes the world. Not only that, but vision changes lives, communities, laws, cultures. When someone has a vision for the future and is prepared to follow it, push it, determine it and be all they need to see that vision come to pass, that person becomes an awesome agent for change.

If that person happens to be a Christian who is getting their vision from God, the possibilities are infinite, magnificent, awesome, culture-changing. The name Habakkuk means embrace. I, Racist — THOSE PEOPLE — Medium. Episcopal Bishops Did Not Reject Divestment from Israel  5 Ways To Improve Your Abililty to Connect and Impress. All Straight Men Must Go See 'Magic Mike XXL' Right Now (Well, After Reading This) The Logic of Israeli Violence. One could be forgiven for understanding Israel’s actions in the Gaza Strip as butchery for its own sake. That’s a plausible interpretation of the killing of 1,284 Palestinians, at least 75 percent of whom are civilians, and injuring another 7,100.