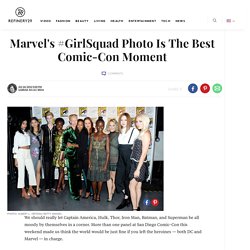 Ortega/Getty Images. We should really let Captain America, Hulk, Thor, Iron Man, Batman, and Superman be all moody by themselves in a corner. More than one panel at San Diego Comic-Con this weekend made us think the world would be just fine if you left the heroines — both DC and Marvel — in charge. First, the Wonder Woman trailer premiere got many hyped for the first female-led superhero movie since Elektra. Then, Marvel gradually introduced the new and old female members of its universe, which is slowly growing to include every great actress of this generation. Best Psychological Thrillers, Mind-Fuck Movies. Videodrome (1983)Starring: James Woods, Deborah Harry, Peter DvorskyDirected by: David CronenbergWritten by: David Cronenberg Max Renn (Woods) runs a Toronto TV station that airs sleazy shows (softcore porn; hardcore violence), but he’s always looking for the next sensational phenomenon. 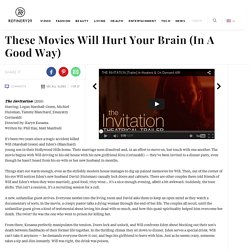 His coworker Harlan (Dvorsky) is responsible for pirating signals from other broadcast stations, and he picks up a show called Videodrome that he thinks is coming from Malaysia. On Videodrome, anonymous victims are brutally tortured before they’re murdered in a chamber. Then, Randy Jackson says, “A little pitchy, dawg.” TV Review: Leverage 2.12 – “The Zanzibar Marketplace Job”

Talia al Ghul. Talia has appeared in over 200 individual comics issues,[1] and has been featured in various media adaptions. 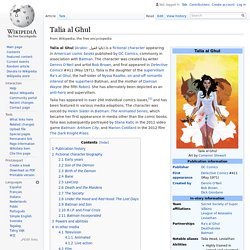 The character was voiced by Helen Slater in Batman: The Animated Series, which became her first appearance in media other than the comic books. Talia was subsequently portrayed by Stana Katic in the 2011 video game Batman: Arkham City, and Marion Cotillard in the 2012 film The Dark Knight Rises. Publication history[edit] IGN's list of the Top 100 Comic Book Villains of All Time List ranked Talia as #42.[15] She was ranked 25th in Comics Buyer's Guide's "100 Sexiest Women in Comics" list.[16] Fictional character biography[edit] Early years[edit] The first Talia comic story appears in "Into the Den of the Death-Dealers!

" Talia is often depicted as being torn between devotion for her father and love for Batman. Son of the Demon[edit] Secret Six (comics) The Secret Six first appeared during the Silver Age of comics in the initial team's seven-issue title Secret Six (May 1968 – May 1969). 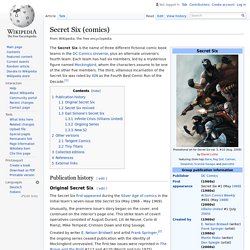 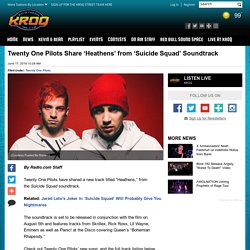 Related: Jared Leto’s Joker in ‘Suicide Squad’ Will Probably Give You Nightmares The soundtrack is set to be released in conjunction with the film on August 5th and features tracks from Skrillex, Rick Ross, Lil Wayne, Eminem as well as Panic! At the Disco covering Queen’s “Bohemian Rhapsody.” Børn Again: AN INTERVIEW WITH Børns. Garret Borns is making synth-pop from his treehouse in LA that sounds like a summer breeze blowing through a baja. 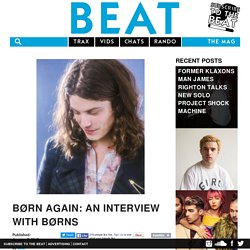 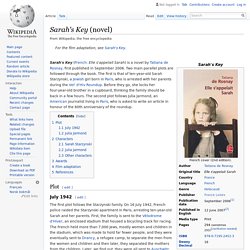 Two main parallel plots are followed through the book. The first is that of ten-year-old Sarah Starzynski, a Jewish girl born in Paris, who is arrested with her parents during the Vel' d'Hiv Roundup. Before they go, she locks her four-year-old brother in a cupboard, thinking the family should be back in a few hours. The second plot follows Julia Jarmond, an American journalist living in Paris, who is asked to write an article in honour of the 60th anniversary of the roundup. The first plot follows the Starzynski family. The second plot follows Julia Jarmond. Sarah Starzynski is one of the two protagonists of the book.

Julia Jarmond is the other protagonist of the book. This Photoshop Wizard Is Turning Random People’s Photos Into Movie Posters. 2-year Reddit user Your_Post_As_A_Movie has a special power, and it’s not respooling VHS cassettes or making films about mail. 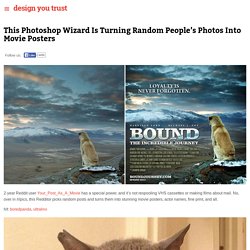