9148 150360 2 SP. Autism Awareness Month: Tips for Working with Individuals on the Autism Spectrum. Compiled by Indiana Resource Center for Autism and Autism Society of Indiana PDF Version Remember that each person is different, and specific tips may not apply to all. 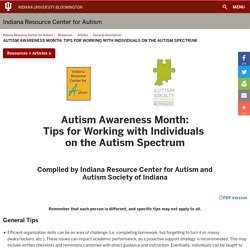 General Tips Efficient organization skills can be an area of challenge (i.e. completing homework, but forgetting to turn it in; messy desks/lockers, etc.). These issues can impact academic performance, so a proactive support strategy is recommended. Tips for Parents and Caregivers. Beery VMI. Chunking (psychology) A modality effect is present in chunking. 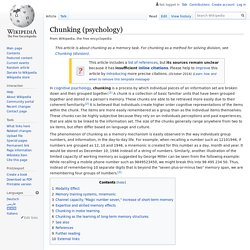 That is, the mechanism used to convey the list of items to the individual affects how much "chunking" occurs. Various kinds of memory training systems and mnemonics include training and drill in specially-designed recoding or chunking schemes. Such systems existed before Miller's paper, but there was no convenient term to describe the general strategy or substantive and reliable research. Coding & Encoding. Expressive vs. Receptive Language. Helping All Learners: Tiering. How to Deal with Difficult People. Low Matrix Reasoning Score in WISC-IV. Memory, Encoding Storage and Retrieval. Saul McLeod, published 2013 “Memory is the process of maintaining information over time.” 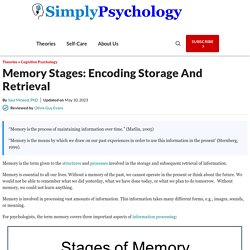 (Matlin, 2005)“Memory is the means by which we draw on our past experiences in order to use this information in the present’ (Sternberg, 1999). Memory is the term given to the structures and processes involved in the storage and subsequent retrieval of information. Memory is essential to all our lives. Without a memory of the past, we cannot operate in the present or think about the future. Mental Effort Physical Pain Trade-off. When faced with a challenging mental task, some people would rather endure literal pain than use their brain power. 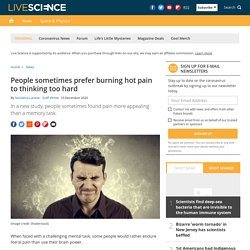 According to a new study, published Nov. 17 in the journal eLife, the prospect of performing a difficult mental task can be just as off-putting as the threat of a painful experience, like having a scalding hot object held on your skin. In the study, participants could either subject themselves to this uncomfortable, thermal pain or they could complete a memory task — the choice was up to them. "So your first thought would be, why would you ever choose pain? " said study lead author Todd Vogel, a doctoral student in the Department of Psychology at McGill University in Montreal, Canada. "These cognitive activities … they suck. Related: 5 surprising facts about pain In fact, only one out of 39 participants in the study opted to perform the memory task every time, rather than occasionally take the pain.

Phonemic Isolation and Phoneme Identity. What is Phonemic Isolation? Phoneme identification and isolation are 2 slightly different concepts that we'll explain here, and as well, provide a set of activity worksheets for each. Phoneme isolation, as the name suggests, involves identifying each of the individual sounds in a word. It also involves noting the position of where those sounds appear in the word.

Using the word "dog" as example, you can ask a child where the /g/ sound is located: at the start of the word, in the middle, or at the end? Receptive Language. Spatial Visualization Ability. Types of Psychological Testing. Psychological testing — also called psychological assessment — is the foundation of how psychologists better understand a person and their behavior. It is a process of problem solving for many professionals — to try and determine the core components of a person’s psychological or mental health problems, personality, IQ, or some other component.

Understanding the Zones of Regulation and How to Use Each. One of the most important emotional control skills that anyone can learn is the ability to self-regulate emotions. 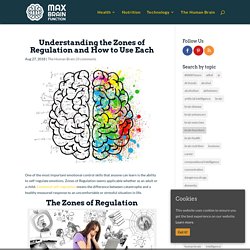 Zones of Regulation seems applicable whether as an adult or a child. Emotional self-regulation means the difference between catastrophe and a healthy measured response to an uncomfortable or stressful situation in life. Image: CC 0 by Public Domain, geralt, via Pixabay The Zones of Regulation, also known as the Zones for short, defines a framework by which someone can learn how to self-regulate emotionally by categorizing emotions and mental states into four types of zones: Red Zone This zone describes a state of heightened alertness and intense feelings. Yellow Zone The yellow zone describes elevated emotions and heightened emotional states. Green Zone In the green zone, an individual feels calm while still feeling alert. Blue Zone. Verbal Recognition Memory (VRM) Verbal Recognition Memory assesses verbal memory and new learning. 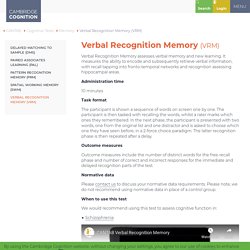 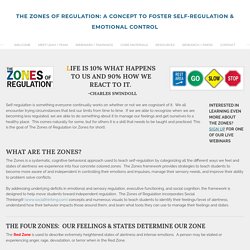 The Zones is a systematic, cognitive behavioral approach used to teach self-regulation by categorizing all the different ways we feel and states of alertness we experience into four concrete colored zones. The Zones framework provides strategies to teach students to become more aware of and independent in controlling their emotions and impulses, manage their sensory needs, and improve their ability to problem solve conflicts. By addressing underlying deficits in emotional and sensory regulation, executive functioning, and social cognition, the framework is designed to help move students toward independent regulation. The Zones of Regulation incorporates Social Thinking® (www.socialthinking.com) concepts and numerous visuals to teach students to identify their feelings/level of alertness, understand how their behavior impacts those around them, and learn what tools they can use to manage their feelings and states. ​

The Story behind the Zones.