April 16 - On This Day in Chemistry. Swiss scientist Albert Hofmann was the first to synthesise, taste and hence learn of the psychedelic effects of lysergic acid diethylamide (LSD). 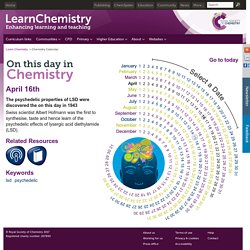 Related Resources. Compound Interest. Today In Science History. On this day. February 13 - On This Day in Chemistry. He predicted the existence of the noble gases before they were discovered. 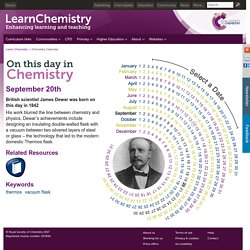 He was also interested in thermochemistry, measuring the heat produced from around 3,500 chemical reactions. Related Resources. □ Emojipedia — □ Home of Emoji Meanings □□□□ Managing out-of-hours social media. The problem with social media is it works anti-social hours - Twitter storms don’t stick politely to 9am-5.30pm with a break for lunch. 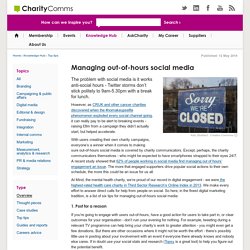 However, as CRUK and other cancer charities discovered when the #nomakeupselfie phenomenon exploded every social channel going, it can really pay to be alert to breaking events - raising £8m from a campaign they didn’t actually start, but helped accelerate. With users creating their own charity campaigns, everyone’s a winner when it comes to making sure out-of-hours social media is covered by charity communicators. Except, perhaps, the charity communicators themselves - who might be expected to have smartphones strapped to their eyes 24/7. A recent study showed that 62% of people working in social media find managing out of hours’ engagement an issue. The more that engaged supporters drive popular social actions to their own schedule, the more this could be an issue for us all. List of commemorative days - Wikipedia. This article lists articles about notable observed commemorative days used by various governments, groups and organizations to raise awareness of an issue, commemorate a group or event, or celebrate something. 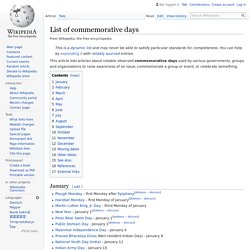