GymBot. An App Store For Bots; NBA launches a bot to give you instant highlights from the Finals. To get you all psyched up for this year’s finals, the NBA just launched a Facebook Messenger chatbot that offers basketball aficionados an easy and convenient way to watch on-demand highlights of their favorite team or player. 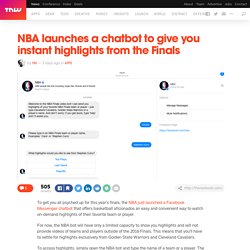 For now, the NBA bot will have only a limited capacity to show you highlights and will not provide videos of teams and players outside of the 2016 Finals. This means that you’ll have to settle for highlights exclusively from Golden State Warriors and Cleveland Cavaliers. To access highlights, simply open the NBA bot and type the name of a team or a player. The bot, then, will ask you to select between highlights from ‘Top Plays’ (of the season), the ‘Last Game’ or simply the ‘Playoffs’.

Once you’ve made your choice, the bot will compile the highlights and drop a link to the video. SkyScanner Introduces Smart Messenger Bot  Api.ai for Facebook Messenger: The easiest way to build an FB bot. No coding required! Marketing Debrief: Text & Messaging- A PSFK Report. Leveraging Intelligent Customer Service Systems to Personalize Brand Experience. Brands are looking to artifical intelligence (AI) to better expedite requests and anticipate consumer needs I receive flight options with times and prices curated from my previous travel behavior. 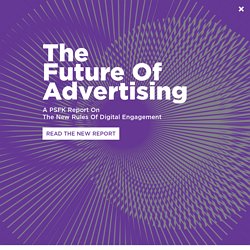 No phone, email or search bar necessary; I’m using the text-based service Operator, an artificial intelligence (AI) platform that pairs customers with a personal concierge to help with tracking down hard-to-find products. “I need an affordable flight from New York to San Francisco anytime next week,” I tell the Operator. “Would you like a direct flight that leaves in the AM from JFK and an aisle seat?” Meet TacoBot: Taco Bell’s Slack Bot  Introducing the world’s first TacoBot, created by your friends at Taco Bell. 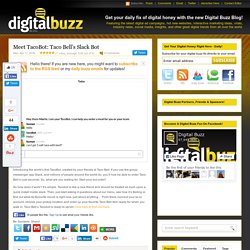 If you use the group messenger app Slack, and millions of people around the world do, you’ll now be able to order Taco Bell in just seconds. So, what are you waiting for. Start your bot order! So how does it work? It’s simple. Facebook Messenger and Dropbox are now best friends. Facebook Messenger now accepts Dropbox files for sharing directly in-app, without having to copy and paste a thing. 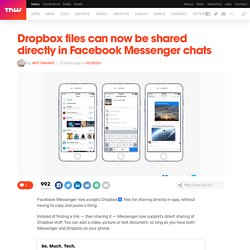 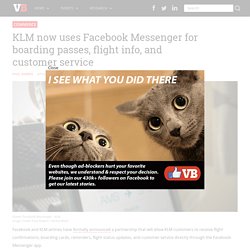 At its F8 developer conference last year, the social networking giant first unveiled plans to expand Messenger beyond a simple messaging app and into a platform — one that can be used to power and underpin myriad third-party services. Retailers Everlane and Zulily were among the first partners announced, though it was later revealed that KLM would be added to the mix too. The KLM rollout kicks off today, though neither party has revealed in what markets or to whom. Microsoft is bringing bots to Skype — and everywhere else. Microsoft’s recently launched, A.I. 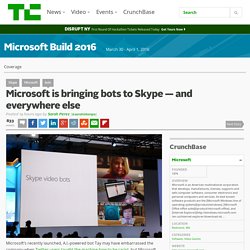 -powered bot Tay may have embarrassed the company when Twitter users taught the machine how to be racist, but Microsoft hasn’t given up on the future of bot development. It’s just getting started. Skype Bots preview comes to consumers and developers. Skype brings together hundreds of millions of people around the world every day. 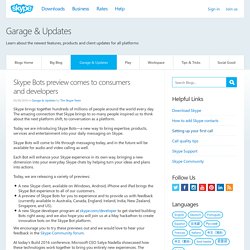 The amazing connection that Skype brings to so many people inspired us to think about the next platform shift, to conversation as a platform. Today we are introducing Skype Bots—a new way to bring expertise, products, services and entertainment into your daily messaging on Skype. Skype Bots will come to life through messaging today, and in the future will be available for audio and video calling as well. Each Bot will enhance your Skype experience in its own way, bringing a new dimension into your everyday Skype chats by helping turn your ideas and plans into actions. Today, we are releasing a variety of previews: Les bots arrivent dans Skype. KLM va utiliser Facebook Messenger comme plateforme de service client. Snapchat : une nouvelle messagerie qui en dit long. Le Nouveau Mini-jeu De Facebook Messenger Fait Un Tabac. B. Lequertier, Facebook : « La monétisation de Messenger est une priorité »

Forget Apps, Now The Bots Take Over. As the number of mobile apps increases while the size of our mobile screens decreases, we’re reaching the limits of the mobile “OS + apps” paradigm. 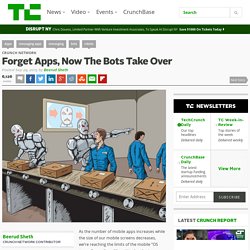 It’s getting harder to download, set up, manage and switch between so many apps on our mobile device. Most mobile users only use a handful of apps every day. As an alternative, messaging apps are becoming the new platform, subsuming the role played by the mobile operating system. This is similar to the trend in the mid ‘90s, when the browser replaced the desktop OS as the new platform. Facebook’s Secret Chat SDK Lets Developers Build Messenger Bots.

M won’t be the only artificial intelligence on Facebook Messenger. 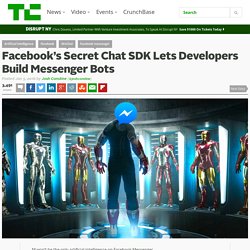 Facebook has given some developers access to an unannounced Chat SDK that allows them to build interactive experiences and “bots” in Messenger for shopping, booking travel, and more, sources with direct knowledge of the SDK confirm. The Chat SDK allows developers to create bots that users can send text messages to directly and that automatically respond with information, images, location services, product prices, Buy buttons, and more.

The Chat SDK can also tap into Messenger built-in payments system to let users make purchases via bots. Facebook hasn’t publicized any of the documentation for the Chat SDK, which is currently being shared with developers through PDF documents. Facebook’s Messenger Bot Store could be the most important launch since the App Store. If Facebook announces the “Messenger Bot Store” at F8, as many predict, it would be arguably the most consequential event for the tech industry since Apple announced the App Store and iPhone SDK in March 2008. 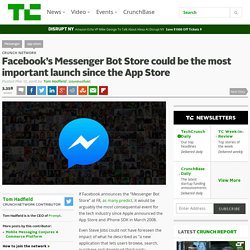 Even Steve Jobs could not have foreseen the impact of what he described as “a new application that lets users browse, search, purchase and download third party applications directly onto their iPhone”. By the time the App Store opened for business in July 2008, approximately 6 million people worldwide owned an iPhone. By the end of the year, the number of iPhone owners had more than doubled, and in each of the following years iPhone sales doubled and then doubled again. 5 marketing trends surfacing at SXSW 2016. SXSW Interactive 2016 kicked off this week with thousands of marketers descending upon Austin, Texas for food, fun, and a glimpse at new and emerging technologies that will impact how brands connect with consumers. Even in its 23rd year, SXSW Interactive’s influence and role in innovation is not waning. Several trends surfacing this year will greatly impact how brands and consumers interact. Here are 5 to keep an eye on: 1.