Video Killed the Radio Star by Bruce Woolley & Polly Scattergood with The Radio Science Orchestra. Photographer Builds A 'Photo Ark' For 6,500 Animal Species And Counting. This springbok mantis was photographed at the Auckland Zoo in New Zealand. 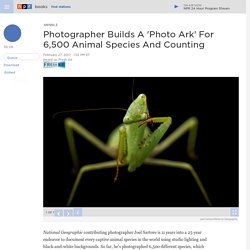 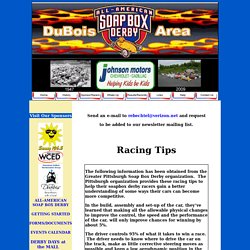 The Pittsburgh organization provides these racing tips to help their soapbox derby racers gain a better understanding of some ways their cars can become more competitive. In the build, assembly and set-up of the car, they’ve learned that making all the allowable physical changes to improve the control, the speed and the performance of the car, will only improve chances for winning by about 5%. The driver controls 95% of what it takes to win a race. The driver needs to know where to drive the car on the track, make as little corrective steering moves as possible and keep a low aerodynamic position in the car. BT30 Spindle Cartridge. Engineering services for machine and machine part designers. Selection of the bearing package is made using High Precision angular contact's, double row cylindrical rollers, high contact angle thrust races, taper rollers or deep groove bearings - whichever is the correct choice to ensure the best bearing life. 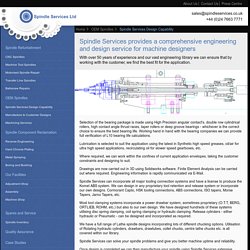 Working hand in hand with the bearing companies we can provide full verification of L10 bearing life calculations. Lubrication is selected to suit the application using the latest in Synthetic high speed greases, oil/air for ultra high speed applications, recirculating oil for slower speed gearboxes, etc. Where required, we can work within the confines of current application envelopes, taking the customer constraints and designing to suit. Drawings are now carried out in 3D using Solidworks software. Finite Element Analysis can be carried out where required. Spindle Services can incorporate all major tooling connection systems and have a license to produce the Komet ABS system. Principles of Hydraulics. 5-2. 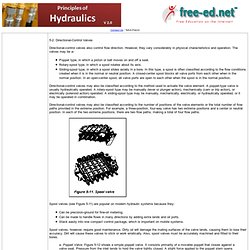 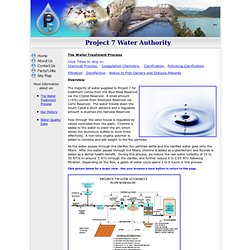 Why do I care about phase diagrams? In facilities operations the understanding of where the process is on a phase diagram can often help the engineer and operator avoid extremely embarrassing design and operating mistakes. 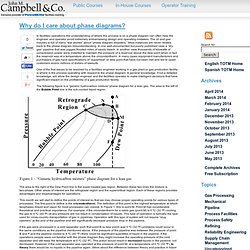 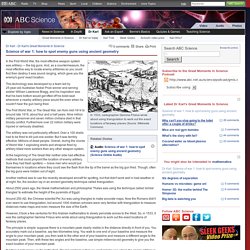 Dr Karl explains the maths of war in part one of a two-part series. By Karl S. Resiinivalu. Epoksia. Kemikaalikimaran hiusväriopas. We'll Never See a Supercar Like the Bugatti Veyron Again. How Leather Gets From the Cow To Your Car Seat. From the March 2015 issue of Car and Driver Leather is available on nearly every car for sale today. 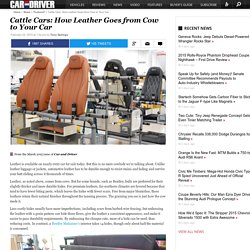 But this is no mere cowhide we’re talking about. Unlike leather luggage or jackets, automotive leather has to be durable enough to resist stains and fading and survive your butt sliding across it thousands of times. Leather, as noted above, comes from cows. 100th Merlin 1D engine flies on Falcon 9 rocket. File photo of a Merlin 1D engine. 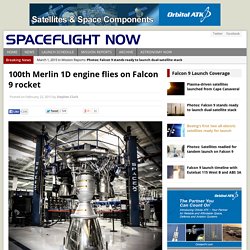 Credit: SpaceX Depending on how you count it, SpaceX launched its 100th kerosene-fueled Merlin 1D rocket engine on a Falcon 9 rocket Feb. 11, underscoring what it says is an accelerated flight regime for the centerpiece of the company’s propulsion shop. The Falcon 9 rocket uses 10 Merlin engines on every mission — nine standard Merlin 1D powerplants on the launcher’s first stage and a single modified Merlin 1D optimized for firing outside the atmosphere on the second stage. If you’re a purist, the 100th flight of a Merlin 1D engine on the Falcon 9’s booster stage will come this weekend with the launch of two communications spacecraft for Eutelsat and Asia Broadcast Satellite — a mission currently targeted for no sooner than Feb. 27. Accounting for Merlin 1D flights in all its variants, the 100th unit of the engine flew Feb. 11 when a Falcon 9 rocket blasted off from Cape Canaveral with NOAA’s Deep Space Climate Observatory. 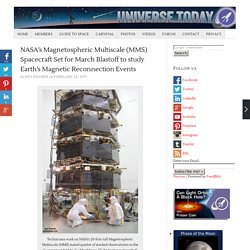 Credit: Ken Kremer- kenkremer.com NASA’s first mission dedicated to study the process in nature known as magnetic reconnection undergoing final preparation for launch from Cape Canaveral, Florida in just under two weeks time. The Magnetospheric Multiscale (MMS) mission is comprised of a quartet of identically instrumented observatories aimed at providing the first three-dimensional views of a fundamental process in nature known as magnetic reconnection. Magnetic reconnection is the process whereby magnetic fields around Earth connect and disconnect while explosively releasing vast amounts of energy. It occurs throughout the universe. “Eruptive solar flares, coronal mass ejections, and geomagnetic storms all involve the release, through reconnection, of energy stored in magnetic fields.

New Beehive Lets Honey Be Harvested Without Disturbing Bees. Beehive technology has changed little in centuries, but an Australian father and son believe they have a better way, and it's getting a lot of people excited. Besides enabling many individuals to harvest their own honey, the idea may play a role in fighting the problems that plague bee populations. Bees tend to be rather protective of the food stores they have put so much energy into producing. To avoid being stung, apiarists wear protective suits, put on visors, and use smoke to reduce the likelihood of attacks. Once done, there is still the matter of removing wax and dead bees. All of which makes the whole idea too much hard work for the average backyard gardener. Drone's Death Mission Provides Stunning Footage Of Volcano.

Can You Solve One Of Archimedes' Most Challenging Puzzles? Spoiler. If thou art diligent and wise, O stranger, compute the number of cattle of the Sun, who once upon a time grazed on the fields of the Thrinacian isle of Sicily, divided into four herds of different colors, one milk white (W), another glossy black (B), the third yellow (Y) and the last dappled (D). In each herd were bulls (b), mighty in number according to these proportions: Understand, stranger, that the white bulls were equal to a half and a third of the black together with the whole of the yellow. Learning from the masters. Nahka-alan koulutukset , kurssit ja materiaalin hankinta. Kemikalisoitunut arki - lietsotaanko pelkoja vai vähätelläänkö vaaroja?