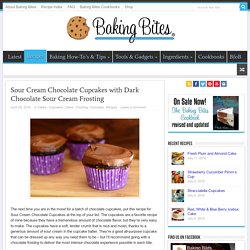 The Magic of the 3-Ingredient Chocolate Oblivion Truffle Torte, As Told By Rose Levy Beranbaum. This flourless chocolate torte is a better and purer vehicle for chocolate than chocolate itself (scientifically speaking). 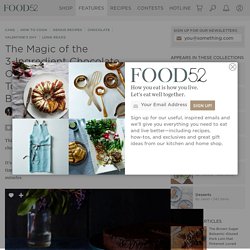 It's made from just 3 ingredients: chocolate, butter, eggs. It takes less time to mix together than your average cookie, and it only bakes for 15 minutes. So why did it at first seem scary, when in fact it took no more skill than the next chocolate cake? Why was I emailing Rose Levy Beranbaum pictures of the cracked surface of my torte, only to slice into it later to find it was perfectly smooth and delicious inside? Beranbaum's recipes are famously precise, but, as I found out, it's not because there's only one way to get them right. I couldn't just accept my gravity-defying, gluten-defying, failure-defying mousse cake—I wanted to know the reasoning behind each carefully plotted step.

Below is a deep dive into the science and stories behind the recipe—with each ingredient and step annotated by Beranbaum herself. Happy Valentine's Day, from RLB and me to you. Flourless Chocolate Walnut Torte. Flourless Chocolate-Walnut Torte Recipe Servings 10 | Prep Time: 20 min | Total Time: 1 hr 25 min Photo by Con Poulos. 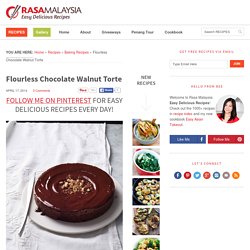 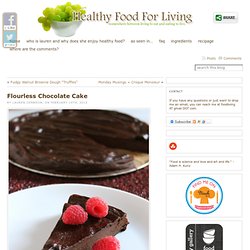 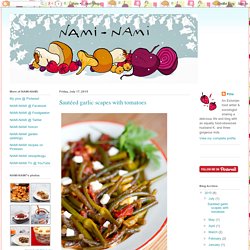 Today's recipe is this gluten-free and fun cake from Denmark, where it's considered to be the French chocolate cake. The recipe is from Michel Michaud, a French chef. Well, Michel Michaud was born in France in 1946, but moved to Denmark in 1971, where he introduced the Danes to the culinary delights of French cuisine. Including this cake. Vegan Chocolate & Blackberry Fudge Cake. © 2010 Green Kitchen Stories And so we have left San Francisco. 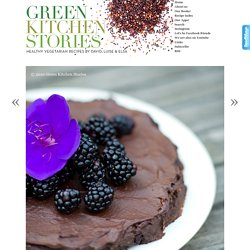 What a great time we have had in this city. Everyone has been friendly to us and we have found ourselves having long conversations with complete strangers on the streets and in food stores numerous times (which never happens in Sweden). We have constantly been eating good food and we even met a couple of new friends. And when we thought that the city couldn’t be sunnier or happier, the San Francisco Giants won the World Series in Baseball. Now we have rented a car and started driving down south. Best Healthy Chocolate Dessert Recipes. Chocolate Beet Cake Recipe. Black Magic Cake… Originally I had not planned on blogging this cake, but after the rave reviews from co-workers, I figured it was a must! 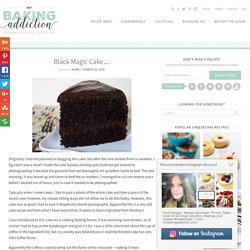 I made this late Sunday evening and could not get around to photographing it because the ganache had not thoroughly set up before I went to bed. The next morning, it was boxed up and taken to feed the co-workers. I managed to cut one reserve piece before I dashed out of house, just in case it needed to be photographed. Typically when I make cakes, I like to post a photo of the whole cake and then a piece of the sliced cake; however, my snooze hitting ways did not allow me to do this today. However, this cake was so good I had to post it despite the absent photographs. Chocolate Bundt Cake Recipe on Food52. 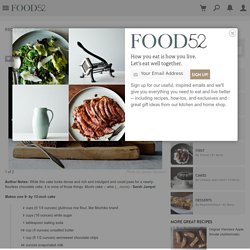 Find your friends who are already on Food52, and invite others who aren't to join. Let's GoLearn more Join Our Community Follow amazing home cooks. Collect recipes and articles. Sign Up ♥ 25  Save ▴ If you like it, save it! Save and organize all of the stuff you love in one place. Got it! If you like something… Click the heart, it's called favoriting. The marion house book » gooey chocolate stack. Do you ever flip open a cookbook and vow to yourself that one day you’re going to make a particular recipe that catches your eye? 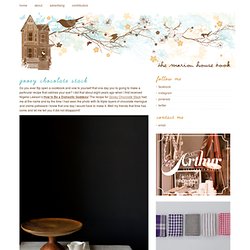 I did that about eight years ago when I first received Nigella Lawson’s How to Be a Domestic Goddess! The recipe for Gooey Chocolate Stack had me at the name and by the time I had seen the photo with its triple layers of chocolate meringue and creme patissiere I knew that one day I would have to make it. Well my friends that time has come and let me tell you it did not disappoint! The beauty of this recipe is that it can be made in two parts. In fact, I made the three meringue layers late one evening after I had put the kids to bed and made the chocolate creme patissiere the next day.