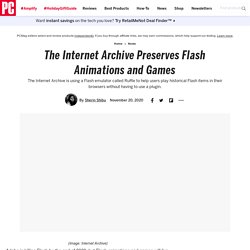 The Internet Archive is using an in-development Flash emulator called Ruffle to help users play historical Flash items in their browsers without having to use a plugin. The emulator isn’t perfect, but it can run a large number of Flash animations smoothly. Here are some of the best Flash items in the Archive’s collection, and here’s a more extensive collection of the hundreds of items uploaded so far.

As the Internet Archive explains, Flash emerged (alongside Shockwave) in the early 1990s amid a need for animation, sound, and greater audio/video flexibility in webpages. "Flash had many things going for it—the ability to compress down significantly made it a big advantage in the dial-up web era. Flash's slide began after Adobe acquired it from Macromedia in 2005. A year later, Adobe said it would stop developing the Flash plugin for mobile web browsers.

Further Reading. Flash Player emulator written in the Rust programming language. The Beginner's Guide to After Effects: Tutorials & Templates to Get Started. After Effects is a powerful bit of kit that is capable of some hugely impressive things when it comes to the world of Motion Graphics, VFX, 3D, and Animations. 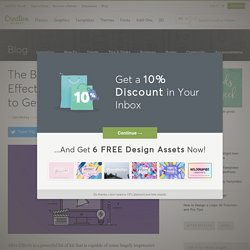 However, if you are new to AE, don’t be put off by the sheer scope of what this app can do, because it’s actually surprisingly comfortable to get started with some of the simpler aspects of using AE, all helped along by a friendly and familiar interface. So why would we use After Effects, and what is the difference between After Effects and the other video editor from Adobe called Premiere Pro? In it’s most basic terms, After Effects is a lot like the ‘Photoshop’ of the video world, allowing you a lot more options and control to edit or manipulate footage and animations, whereas Premiere Pro focuses more on piecing together footage, titles, and music to tell a story, After Effects provides all of the sparks and smoke for the action scenes! Interface, Windows & Panels Basic Introduction to the After Effects Interface The Timeline.

How to Use Adobe Capture to Design With Real Life Elements. A designer’s work is never done. 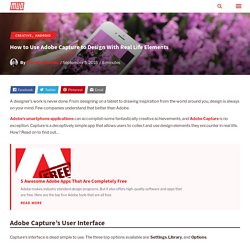 From designing on a tablet to drawing inspiration from the world around you, design is always on your mind. Few companies understand that better than Adobe. Adobe’s smartphone applications can accomplish some fantastically creative achievements, and Adobe Capture is no exception. Capture is a deceptively simple app that allows users to collect and use design elements they encounter in real life. How? Capture’s interface is dead simple to use. Settings provides a list of basic options you can adjust regarding your Adobe account, and features other Adobe applications for users to download. Options allows access to a selection of features. To create a library link so others can view your created elements, tap the Options icon and select Share Library Link. 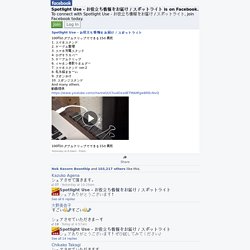 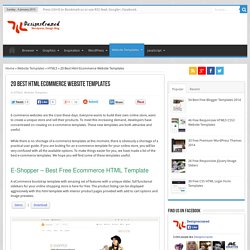 Everyone wants to build their own online store, want to create a unique store and sell their products. To meet this increasing demand, developers have concentrated on creating on e-commerce templates. These new templates are both attractive and useful. While there is no shortage of e-commerce templates at this moment, there is obviously a shortage of a practical user guide. If you are looking for an e-commerce template for your online store, you will be very confused with all the available options. Free Resources (Freebies) - Design Instruct. All the Adobe CC Updates: The Direct Download Links for Windows. One of the great benefits of the Adobe CC release is receiving an ongoing stream of product updates at no extra cost… No longer do we have to wait 1-2 years for our tools to innovate and keep pace with evolving technologies; instead we get the latest & greatest features and improvements as soon as they are ready. 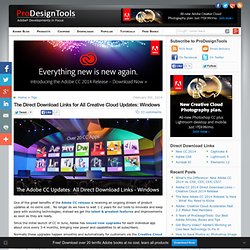 Since the initial launch of CC in June, Adobe has issued new upgrades for each individual app about once every 3-4 months, bringing new power and capabilities to all subscribers. Normally these upgrades happen smoothly and automatically for customers via the Creative Cloud Desktop app or Adobe Application Manager. But as with any software, there occa­sionally can be exceptions. Sometimes the new updates don’t show up in the CC desktop or manager apps, hindering the upgrade. Other times, there may be the rare need to rebuild, restore, or rollback to a specific earlier CC version for various reasons.