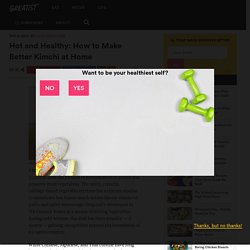 The spicy, crunchy, cabbage-based vegetable mixture has a texture similar to sauerkraut but boasts much bolder flavors thanks to garlic and spicy seasonings. Originally developed in 7th Century Korea as a means of storing vegetables during cold winters, the dish has been steadily — if slowly — gaining recognition beyond the boundaries of its native country. While Chinese, Japanese, and Thai cuisine have long been popular in the U.S., it’s taken Korean food significantly longer to work its way into American mouths. 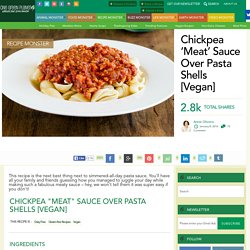 Crispy Baked Peanut Tofu. One bite in and I knew I hit the jackpot with this one. 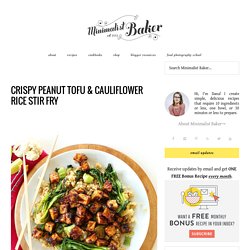 If you’ve been in search of the perfect crispy, baked tofu recipe, this is the one for you! I’m so excited to share this with you guys I can hardly stand it. Let’s do this! For starters, this dish is served over cauliflower “rice” instead of regular rice because 1) Cruciferous veg for the win, and 2) You can eat an ENTIRE head of cauliflower instead of 1/2 cup of rice and STILL only consume a fraction of the calories and carbohydrates, so why not?!

Cauliflower rice is SO simple and you absolutely must try it! You guys know the deal: My favorite way to crisp up tofu is pre-baking it before sauteing – a little trick I picked up at a vegetarian cafe in San Antonio (Yes, I hounded the waitress for the technique – you’re welcome). Crispy Baked Peanut Tofu. Vegetarian Mexican Fideos - No Gojis No Glory. For those of you unfamiliar with Fideos, it is a wonderful pasta dish served in Spain and Mexico. 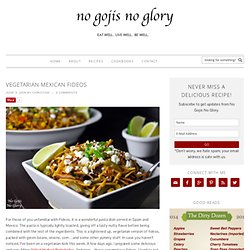 The pasta is typically lightly toasted, giving off a tasty nutty flavor before being combined with the rest of the ingredients. This is a lightened up, vegetarian version of fideos, packed with green beans, onions, corn…and some other yummy stuff. Zucchini & Arugula Salad Pizzas with Cauliflower Cheese Sauce. Although Ryan and I usually eat identical dinners (cause I kinda sorta like to cook), on pizza night we eat SEPARATE pizzas. 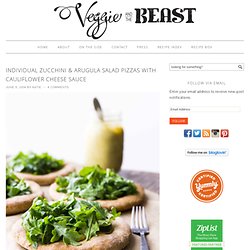 There is no pizza commingling. No siree. Porcini Mushrooms Quinoa Risotto on Foodie. Non-toxic Home Cleaning & Care: Natural, Green, Eco-Friendly Solutions. Make sure to keep all home-made formulas well-labeled, and out of the reach of children. 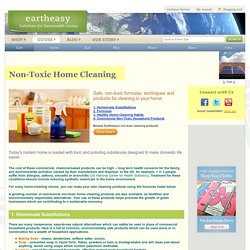 All-Purpose Cleaner: Mix 1/2 cup vinegar and 1/4 cup baking soda (or 2 teaspoons borax) into 1/2 gallon (2 liters) water. Store and keep. Use for removal of water deposit stains on shower stall panels, bathroom chrome fixtures, windows, bathroom mirrors, etc. Or use a citrus-based natural all-purpose cleaner. Another alternative are microfiber cloths which lift off dirt, grease and dust without the need for cleaning chemicals, because they are formulated to penetrate and trap dirt. Air Freshener: Commercial air fresheners mask smells and coat nasal passages to diminish the sense of smell Bathroom mold: Mold in bathroom tile grout is a common problem and can be a health concern.

Carpet stains: Mix equal parts white vinegar and water in a spray bottle. 9 Facts About Factory Farming That Will Break Your Heart (GRAPHIC PHOTOS) On the surface, a package of small-farm, grass-fed beef may look entirely identical to a packet of generically-raised beef. 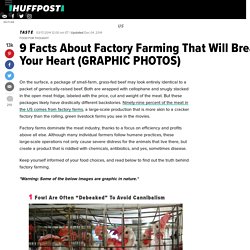 Both are wrapped with cellophane and snugly stacked in the open meat fridge, labeled with the price, cut and weight of the meat. But these packages likely have drastically different backstories. Ninety-nine percent of the meat in the US comes from factory farms, a large-scale production that is more akin to a cracker factory than the rolling, green livestock farms you see in the movies. Factory farms dominate the meat industry, thanks to a focus on efficiency and profits above all else. Banksy Truck Filled With Stuffed Animals. Street artist Banksy has unleashed a slaughterhouse delivery truck filled with squealing, animatronic lambs, cows, and chickens on the streets of New York City. 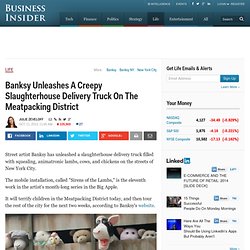 The mobile installation, called "Sirens of the Lambs," is the eleventh work in the artist's month-long series in the Big Apple. It will terrify children in the Meatpacking District today, and then tour the rest of the city for the next two weeks, according to Banksy's website. Banksy watchers first noticed the truck yesterday afternoon, on Court and Warren Streets in Brooklyn. Vegetarian Recipes: Vegan, Raw, and Low Calorie Recipe.

Homemade Black Bean Veggie Burgers Recipe. Vegetarian. Lunch Recipes: Vegetarian Lunch Sandwich Recipes - Martha Stewart. Spicy Buffalo Cauliflower 'Wings'. Dara (Raleigh, NC)'s review of Eating Animals. This isn't as much of a review of Jonathan Safran Foer's latest book as it is a reaction to it--a reaction to the reactions of others, even. 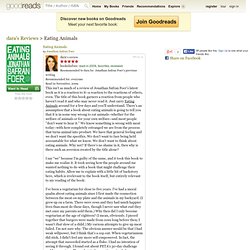 The title of this book garners a reaction from people who haven't read it and who may never read it. Just carry Eating Animals around for a few days and you'll understand. There's an assumption that a book about eating animals is going to tell you that it is in some way wrong to eat animals--whether for the welfare of animals or for your own welfare--and most people "don't want to hear it.

" We know something is wrong with meat today--with how completely estranged we are from the process that turns animal into product. We have that general feeling and we don't want the specifics. Vegan Shopping Guide. It’s never been easier—or tastier! 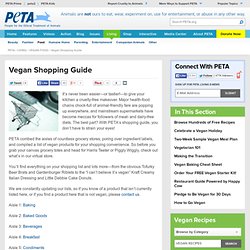 —to give your kitchen a cruelty-free makeover. Major health-food chains chock-full of animal-friendly fare are popping up everywhere, and mainstream supermarkets have become meccas for followers of meat- and dairy-free diets. The best part? With PETA’s shopping guide, you don’t have to strain your eyes! How to Become a Vegetarian, the Easy Way.