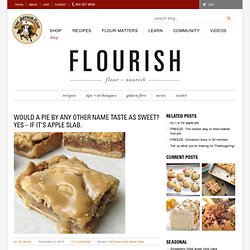 Fairly rolls off the tongue, doesn’t it? I doubt anything I’ve ever baked has a less compelling name. But truth be told, it wasn’t the name that attracted me. It was an email from a reader wanting to re-create something his grandmother had made decades ago. And since I’m a complete sucker for old-time recipes, I took the bait. This reader – I remember his name was Frank, though unfortunately I’ve long since lost his email – recalled “an apple pie baked in a rectangular pan, with a thinner than normal layer of apples and a white glaze on top.” Hmmm, shouldn’t be hard to figure out. Purple Plum Pie Recipe. Homemade Pie Crust Recipe - Food.com - 13619. The Perfect Peach Tart. Salted Caramel Chocolate Ganache Tarts with Cookie Crust. This story should tell you how good this is: I tried to freeze half of this tart to prevent myself from eating it too quickly. 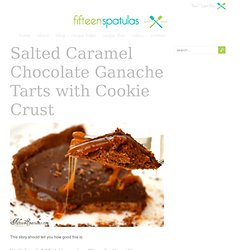 But I found myself repeatedly pulling it out of the freezer to pry out a frozen hunk of the stuff. Two voices could be heard in my head, one going, “You doofus, it is COMPLETELY frozen to the bowl” as I tried to pry it out of the Pyrex with a fork. And another, saying, “BAHHHHHH GIVE ME CHOCOLATE CARAMEL TART!!!” …my goodness. Bake it briefly in the oven, then let it cool down. In the meantime, make the caramel. Pour the caramel into the cooled crust, and refrigerate for about 3 hours, until set. Top with the chocolate ganache, then sprinkle with sea salt. Strawberry Cream Cheese Tart » Annie's Eats. Blackberry Goat Cheese Tart. I was on a flight from Minneapolis back to my hometown after a week long escape to the ocean. 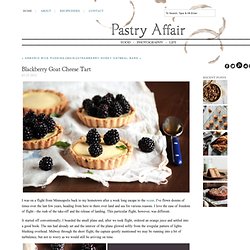 I've flown dozens of times over the last few years, heading from here to there over land and sea for various reasons. I love the ease of freedom of flight—the rush of the take-off and the release of landing. This particular flight, however, was different. It started off conventionally; I boarded the small plane and, after we took flight, ordered an orange juice and settled into a good book.

The sun had already set and the interior of the plane glowed softly from the irregular pattern of lights blushing overhead. The seatbelt sign lit up above me. The plane shook softly. Staring out the small window, I noticed the lights on the plane's wings were being echoed sharply by the sky. The plane jarred sharply to the left and to the right. French Chocolate Tart with and ‘Argie’ Twist. I have been making this recipe for years now, it has minimal ingredients and is fairly easy to make, yet it seems so sophisticated when you serve it for dessert, maybe its the name? 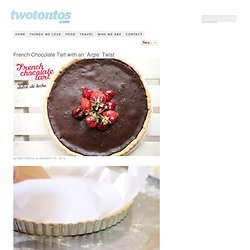 Anyway, being in Argentina at the moment, I have started adding a little extra twist to it by placing a layer of ‘Dulce de Leche’ at the bottom of the chocolate mixture before cooking. Brown Butter Pecan Pie. The Pie That’ll Make You Cry. NOTE: The baking temperature required seems to vary widely from oven to oven. 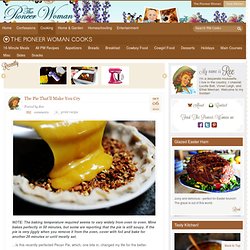 Mine bakes perfectly in 50 minutes, but some are reporting that the pie is still soupy. If the pie is very jiggly when you remove it from the oven, cover with foil and bake for another 20 minutes or until mostly set. …Is this recently perfected Pecan Pie, which, one bite in, changed my life for the better. First: Pecan Pie. There is nothing like it on earth. I had to make several pecan pies recently and took the opportunity to tweak my ingredient amounts just slightly and experiment. Good Ol' Pumpkin Pie Recipe - Food.com - 2393. The Ultimate Pumpkin Pie. Dare I say it? 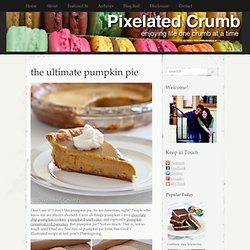 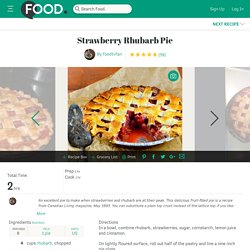 Nectarine-Blackberry Crisp Recipe at Epicurious. Photo by Gentl & Hyers yield Makes 12 servings A crème fraîche custard is folded into the mixed-fruit filling of this elegant crisp. 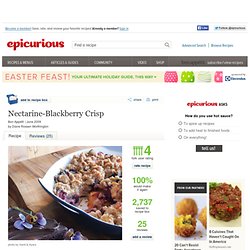 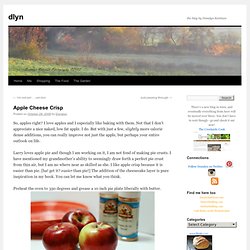 Chocolate Fool. Stronger Together. The classic cobbler is a perfect vehicle for your beautiful berries. If you don’t have time to fuss with a pie crust, this is a good alternative, since the topping is simply stirred together and dolloped on. Just bake until bubbly! Evil Shenanigans - Baking & Cooking Blog.