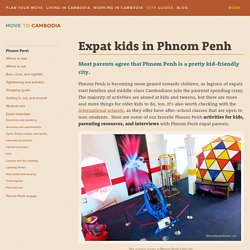 Phnom Penh is becoming more geared towards children, as legions of expats start families and middle-class Cambodians join the parental spending crazy. The majority of activities are aimed at kids and tweens, but there are more and more things for older kids to do, too. It’s also worth checking with the international schools, as they offer have after-school classes that are open to non-students. 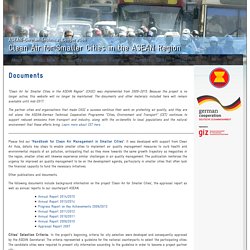 Because the project is no longer active, this website will no longer be maintained. The documents and other materials included here will remain available until mid-2017. The partner cities and organisations that made CASC a success continue their work on protecting air quality, and they are not alone: the ASEAN-German Technical Cooperation Programme “Cities, Environment and Transport” (CET) continues to support reduced emissions from transport and industry, along with the co-benefits to local populations and the natural environment that these efforts bring. Learn more about CET here. Other publications and documents: 20 powerful marketing words & phrases that sell or repel. Words have power; we all know that. 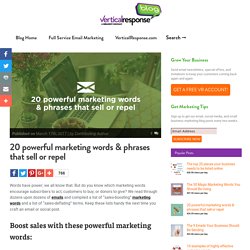 But do you know which marketing words encourage subscribers to act, customers to buy, or donors to give? We read through dozens upon dozens of emails and compiled a list of “sales-boosting” marketing words and a list of “sales-deflating” terms. Think Small - Wikipedia. The most popular variant of the Think Small advertisement features a bare background, with only the VW Beetle in view to shift the reader's focus to the vehicle immediately. 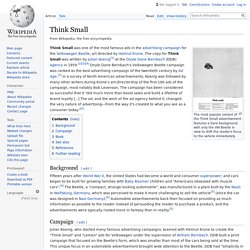 Think Small was one of the most famous ads in the advertising campaign for the Volkswagen Beetle, art directed by Helmut Krone. The copy for Think Small was written by Julian Koenig[1] at the Doyle Dane Bernbach (DDB) agency in 1959.[2][3][4] Doyle Dane Bernbach's Volkswagen Beetle campaign was ranked as the best advertising campaign of the twentieth century by Ad Age,[3] in a survey of North American advertisements. Koenig was followed by many other writers during Krone's art-directorship of the first 100 ads of the campaign, most notably Bob Levenson.

The campaign has been considered so successful that it "did much more than boost sales and build a lifetime of brand loyalty [...] Free Cliparts - ClipArtBest.