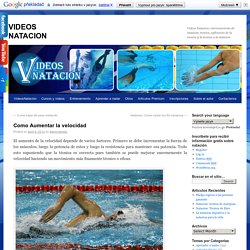 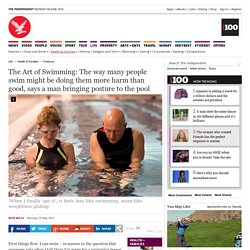 During his training, Shaw worked as a lifeguard, and it was while observing people’s bad posture in the pool that he realised Alexander’s principles of alignment could be applied to the water, too. The Art of Swimming was born and Shaw has become something of a guru to the thousands of people he’s taught around the world. With his bald head and cult-like following, he has been called “The Buddha of Breaststroke”. One devotee of his style tells me that after a class with Shaw you feel like “you’re not swimming in the water, the water’s swimming you”. Which is why I’m now in a pool in Paddington, wearing giant goggles that make me look like I’m about to go welding – Shaw tells me that triathletes use them, for their range of vision – while wading sideways like a crab. 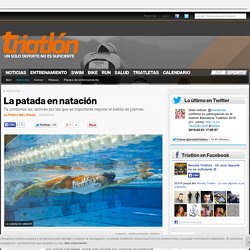 Randi Berez A pool might not be the first place you think of going when you're looking to shape up and slim down—but perhaps it should be. 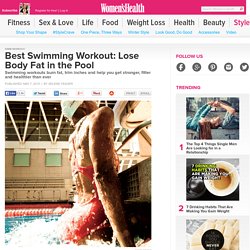 No other workout burns calories, boosts metabolism, and firms every muscle in your body (without putting stress on your joints) better than a swimming workout. Look no further than superstar Natalie Coughlin to observe how water can whittle a sexy, sculpted silhouette. And you don't have to be an Olympic gold medalist to get the perfect body. When researchers at Indiana University compared recreational fitness swimmers with non-swimmers, they found that swimmers of all ages had more lean muscle and trimmer waists and hips. And while swimming may not offer the lace-up-your-shoes-and-go convenience of running, all you need are three key items—swimsuit, cap, and goggles—and you're set to hit the water. Why Water Works The body-shaping benefits of swimming workouts are the result of a perfect storm of calorie burn and muscle recruitment. Your Total-Body Swim Workout.

Get a Plan Lap swimming is far more productive (and a lot more fun!) 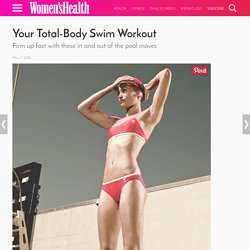 When you have a plan, like this beginner-friendly one from Washington and Lee University swim coach Joel Shinofield. The effort level is based on your rate of perceived exertion (RPE), or how hard you feel like you're working. Use a scale of 1 to 10, with 1 meaning very little exertion (floating in the water on spring break) and 10 meaning full-out effort (trying to keep up with Dara Torres). Do this workout two or three days a week, followed by the total-body workout to the right. Total-Body Post-Swim Workout These moves, created by Kris Houchens, former YMCA National Champion and coach of Indy SwimFit in Lafayette, Indiana, is a perfect complement to your swim session. Your Total-Body Swim Workout. Sports And Outdoors. SwimTechnique TV. Butterfly Swimming Technique - How to swim butterfly. 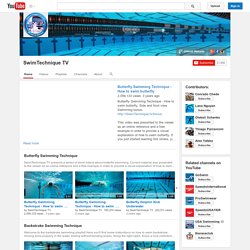 Side and front view. Swimming bonus: This video was presented to the viewer as an online reference and a free example in order to provide a visual explanation of how to swim butterfly. If you just started learning this stroke, you might need some pointers to make the process a little bit easier. First of all, there are two kicks while swimming butterfly: the first kick occurs during the catch phase and the other one during the finish. Second of all, keep in mind that butterfly is the hardest stroke in swimming and requires power and also good flexibility in shoulders. SpeedoInternational. Swimming. Swimming (sport) This article is about competitive swimming as a recreational activity. 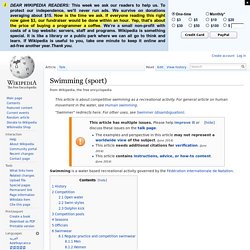 For general article on human movement in the water, see Human swimming. Swimming is a water based recreational activity governed by the Fédération Internationale de Natation. The recreational activity of swimming has been recorded since prehistoric times; the earliest recording of swimming dates back to Stone Age paintings from around 10000 years ago. Written references date from 2000 BC. Some of the earliest references to swimming include the Gilgamesh, the Iliad, the Odyssey, the Bible, Beowulf, The Quran along with others. The routes taken by Webb and T.W. In 1844 two Native American participants at a swimming competition in London introduced the front crawl to a Western audience. Captain Matthew Webb was the first man to swim the English Channel (between England and France), in 1875. Swimming World - Swimming News.