These designers prove that fashion is bored of gender norms. “It’s boring to make clothes marketed to one group of people defined by their age, race or sex,” Patric DiCaprio of New York label Vaquera told us yesterday, and he’s certainly not the only designer who feels that way. 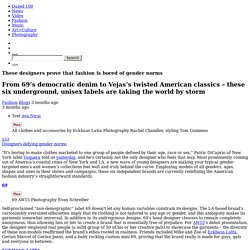 Most prominently coming out of America’s coastal cities of New York and LA, a new wave of young designers are making your typical gender-targeted men’s and women’s collections feel well and truly behind the curve. Employing models of all genders, ages, shapes and sizes in their shows and campaigns, these six independent brands are currently redefining the American fashion industry’s straightforward standards. 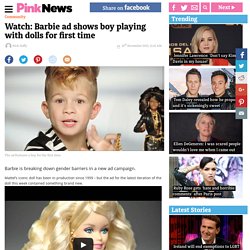 Mattel’s iconic doll has been in production since 1959 – but the ad for the latest iteration of the doll this week contained something brand new. The 30-second ad for ‘Moschino Barbie’ – a partnership with the Italian luxury fashion house – hit screens this month. FREE THE NIPPLE CAMPAIGN BECOMES A FEATURE FILM. When Lina Esco created the #FreeTheNipple hashtag in protest against female oppression and censorship she may never have imagined it would come to be supported worldwide and garner support from the likes of Lena Dunham, Cara Delevingne, Liv Tyler and Miley Cyrus. 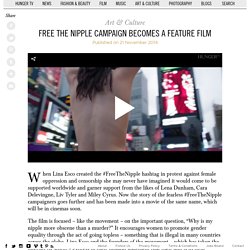 Now the story of the fearless #FreeTheNipple campaigners goes further and has been made into a movie of the same name, which will be in cinemas soon. The film is focused – like the movement – on the important question, “Why is my nipple more obscene than a murder?” It encourages women to promote gender equality through the act of going topless – something that is illegal in many countries across the globe. Andrej Pejic Undergoes Gender Surgery. Poland is Finally Recognising its Transgender Citizens.

Poland has finally passed a bill to recognise its thousands of transgender citizens, two years after the law was proposed by the country’s first ever trans politician, Anna Grodzka. 252 politicians voted in favour of the Gender Accordance Act, compared with 158 votes cast against the bill and 11 abstentions. 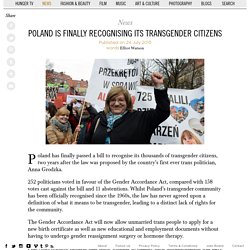 Whilst Poland’s transgender community has been officially recognised since the 1960s, the law has never agreed upon a definition of what it means to be transgender, leading to a distinct lack of rights for the community. The Gender Accordance Act will now allow unmarried trans people to apply for a new birth certificate as well as new educational and employment documents without having to undergo gender reassignment surgery or hormone therapy.

Pink News reports, though, that those wishing to change their documentation will have to offer two independent confirmations that they are “a person of a different gender than the gender legally assigned.” Laverne Cox Makes TV History. The 2014 Emmy Awards Nominations have been announced, with the HBO fantasy series Game Of Thrones leading the pack with an impressive 19 nominations. 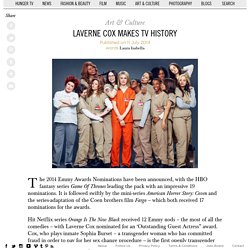 It is followed swiftly by the mini-series American Horror Story: Coven and the series-adaptation of the Coen brothers film Fargo – which both received 17 nominations for the awards. Hit Netflix series Orange Is The New Black received 12 Emmy nods – the most of all the comedies – with Laverne Cox nominated for an ‘Outstanding Guest Actress” award. Primark reminds its staff to treat transgender customers equally… Genesis P-Orridge: Caitlyn Jenner is not a spokesperson. Andreja Pejić’s Make Up For Ever campaign is out. Meet Miley Cyrus’ transgender Instagram crew. Miley Cyrus has been doing her bit for gender equality recently, setting up a Happy Hippie foundation for disadvantaged LGBT youths, doing backyard sessions with notable LGBT artists as part of said foundation, and coming out in the sort of spectuacular fashion that only Miley Ray Cyrus could, in an interview with Paper magazine. 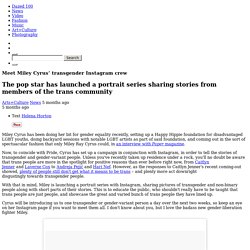 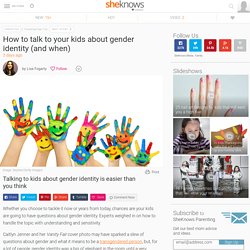 Sexuality: Guide to new world of greysexual, aromantic and questioning. Straight people, I don’t know if you realise this but you talk about yourselves a lot.

What with your marriages and children and holding hands in the street, your sexuality is on display all the time. We can move on. Lesbian Ellen Degeneres with her Hollywood star Photo: Reuters Women who like women. Famous lesbians: Sappho and ‘the Ellens’ - Degeneres and Page. Gay. The photographer breaking ground for Japanese ‘outsiders’ “The first time I saw her work, I felt like somebody kicked me in the gut,” recalls director of San Francisco’s Pier24 Photography Christopher McCall on his introduction to Momo Okabe. 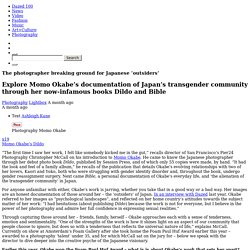 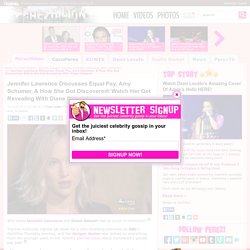 The two Kentucky natives sat down for a very revealing interview on ABC's Nightline Thursday evening, and the Hunger Games star dished on everything from her younger years to her recently penned essay about Hollywood's gender pay gap! Video: J.Law Had A Sweet Reaction To Olly Murs' Awkward Flirting! J.Law revealed that she didn't alway know she wanted to act, but just thought she was an overly emotional kid. She said of her adolescence: "I was weird and different, and I knew I was smart but the evidence just didn't agree…I would think something and then feel it. Now, the Oscar winner has ALL the attention — but it didn't happen overnight! Equal pay day: a woman's guide to getting a pay rise.

With a depressing inevitability, Equal Pay Day has rolled round once again. From now until the end of the year the gender pay gap means that women are essentially working for free. So you might as well pack up early today and get a head start on the Christmas shopping. Or you could set up a meeting with your boss and put your best negotiating skills to the test.

Because of course the only reason the pay gap exists is because women don’t ask. It’s nothing to do with unconscious bias, opaque salary banding or organisations that would rather save money than treat their employees equally. Be a man.