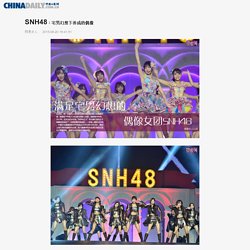 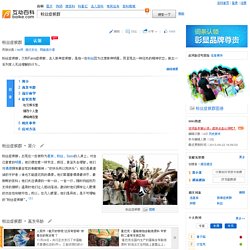 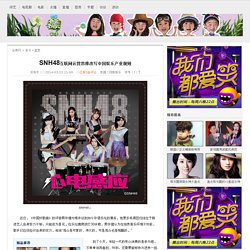 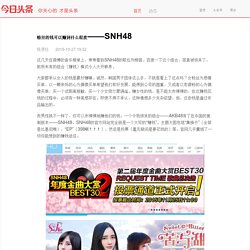 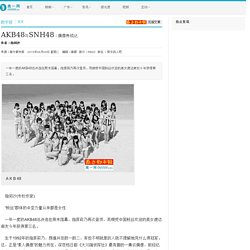 如何看待SNH48偶像卖CP的行为？ - 心理学. 粉丝的十大心理需求——兼思考：偶像与粉丝到底是什么_snh48吧_百度贴吧. 公众号 格勒. The fans are fantastic. SNH48 members performing in their own theater in Shanghai Photos: Courtesy of the Shanghai Star48 Music & Culture Communication Company It is a memorable scene - on stage, a chorus of girls in identical miniskirts and tops sing and dance vigorously, twisting and turning to the music, gyrating and smiling, moving with cheerful precision and sensuality. 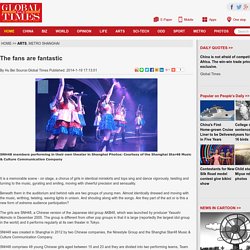 Beneath them in the auditorium and behind rails are two groups of young men. Almost identically dressed and moving with the music, writhing, twisting, waving lights in unison. And shouting along with the songs. Arab millionaire wota takes part in SNH48 election. Many people claim that foreign fans are responsible for great upsets in 48-group elections, which makes SNH48’s newest high-profile fan, an Arabian millionaire, very noteworthy. 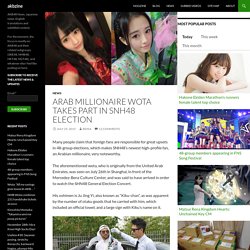 The aforementioned wota, who is originally from the United Arab Emirates, was seen on July 26th in Shanghai, in front of the Mercedez-Benz Culture Center, and was said to have arrived in order to watch the SHN48 General Election Concert. His oshimen is Ju Jing Yi, also known as “Kiku-chan”, as was apparent by the number of otaku goods that he carried with him, which included an official towel, and a large sign with Kiku’s name on it. The fans are fantastic. Girl-group handshakes push Japanese music sales past U.S. Ritsuhiko Tajima has about 100 CDs by his favorite artist, Japanese girl-group AKB48, many of them copies of the same disk. 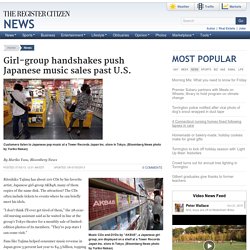 The attraction? The CDs often include tickets to events where he can briefly meet his idols. "I don't think I'll ever get tired of them," the 28-year- old nursing assistant said as he waited in line at the group's Tokyo theater for a monthly sale of limited-edition photos of its members. "They're pop stars I can come visit. " Fans like Tajima helped consumer music revenue in Japan grow 3 percent last year to $4.3 billion, topping the United States to become the world's largest market, according to the Recording Industry Association of Japan. Success of SNH48 girl group sheds light on new Chinese economy. Economic data paints a gloomy picture of the outlook for China’s economic growth. 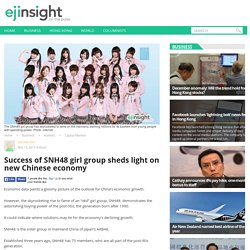 However, the skyrocketing rise to fame of an “idol” girl group, SNH48, demonstrates the astonishing buying power of the post-90s, the generation born after 1990. It could indicate where solutions may lie for the economy’s declining growth. Large idol groups create fan-based economy in China. Fans in China are now able to get closer to their favorite stars than ever before, joining what is known as idol groups. 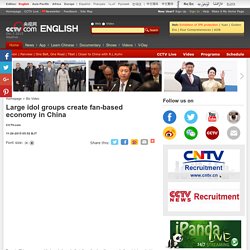 Japan's AKB48 and Shanghai-based SNH48 are unlike traditional idol groups with only a few members; these can have hundreds of members. And that's enough to create some very special shopping deals. Popular bands and singers have always had their fans, but fans in China are now able to get closer to their favorite stars than ever before, joining what is known as idol groups. Duan Zichen is a fan of Shanghai-based idol group SNH 48. He spends around 4,000 yuan every six months to buy their albums and products. "The group has this ability to make you feel like one of them, not like other groups that only shoot films and hold concerts," Duan said.

SNH48 Xingmeng Theatre substantial growth driven by Chinese singers screenings, we are in the way of the spread of the Internet thinking O2O The core experience, the box office is not the primary purpose. My experience - Review of SNH48 Theater, Shanghai, China. First off let me say this isn't for everyone, it's a relatively niche interest but as someone familiar with this kind of scene I loved it. SNH48 is basically a copy of AKB48 in Japan. It's made up of 48 members that are split into 3 sub groups of 16. The only live components of the concert is the singers and their singing, the music is prerecorded.

China VCs Are Going Crazy for Girl Groups. The scene at Shanghai’s Pudong International Airport on Sept. 4 was a madhouse. The all-girl singing troupe SNH48, one of China’s top musical acts, was scheduled to return to China after shooting music videos in Paris and Prague. Some particularly devoted fans arrived as early as 10 a.m. —five hours before the singers. When the band finally exited the terminal around 3:15 p.m. and began walking to the waiting buses, hundreds of screaming fans—armed with posters, banners, and signs that lit up, flashing favorite band members’ names—rushed toward their idols, sending airport security into full alert. Dan Ariely: Are we in control of our own decisions? Dan Ariely. Psychology Paper. Herd Mentality (Consumer Understanding #6) In the last post, we saw that humans are susceptible to social bias (or herd mentality).

Our mind does not work by itself alone, but through interactions with other minds in the immediate environment or more remotely through culture and shared values. Much of what we do is under the influence of others, often without realising, with important implications for marketing and research. in 1971, Philip Zimbardo started an experiment at Stanford University which quickly spiralled out of control, and is now one of the classic studies in social psychology and the subject of his book The Lucifer Effect. The study was an attempt to understand the psychological effects of becoming a prison guard or prisoner, using students chosen for their ‘normal’ behaviour. Social proof: use people's herd mentality to your advantageEmarketingblog – blog on online marketing. Customer Loyalty Blog - Help Scout. Foot-in-the-door technique. The principle involved is that a small agreement creates a bond between the requester and the requestee.

Even though the requestee may only have agreed to a trivial request out of politeness, this forms a bond which – when the requestee attempts to justify the decision to themselves – may be mistaken for a genuine affinity with the requester, or an interest in the subject of the request. When a future request is made, the requestee will feel obliged to act consistently with the earlier one.[4] The reversed approach – making a deliberately outlandish opening demand so that a subsequent, milder request will be accepted – is known as the door-in-the-face technique.

Classic experiments[edit] 10 Consumer Behavior Studies on Persuasion and Conversion. Since they comprise nearly a quarter of your potential customers, you should learn some of the smart techniques to minimize buying pain for your “tightwad” customers. Fortunately, the secret boils down to utilizing well-written copy that appeals to their apprehensive nature. According to some remarkable neuroimaging studies, minimizing buying pain for tightwads (and everybody else) can be successfully accomplished by incorporating three simple strategies. 1.

Reframing Value If you see a product that costs $1,000 per year, you’d definitely approach the purchase with a little caution, right? 微信公众平台. Fascinating psych experiments.