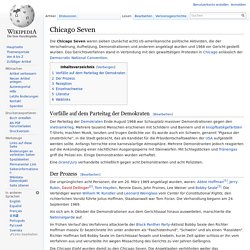 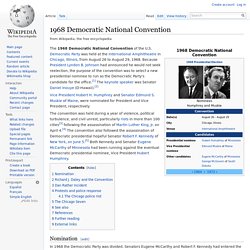 Humphrey and Senator Edmund S. Muskie of Maine, were nominated for President and Vice President, respectively. The convention was held during a year of violence, political turbulence, and civil unrest, particularly riots in more than 100 cities[3] following the assassination of Martin Luther King, Jr. on April 4.[4] The convention also followed the assassination of Democratic presidential hopeful Senator Robert F. Kennedy of New York, on June 5.[5] Both Kennedy and Senator Eugene McCarthy of Minnesota had been running against the eventual Democratic presidential nominee, Vice President Hubert Humphrey. Youth International Party.

Not to be confused with Yuppie. 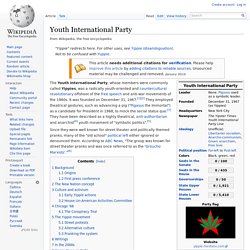 Since they were well known for street theater and politically themed pranks, many of the "old school" political left either ignored or denounced them. According to ABC News, "The group was known for street theater pranks and was once referred to as the 'Groucho Marxists'. "[6] Background[edit] Abbie Hoffman and Jerry Rubin became the most famous Yippies—and bestselling authors—in part due to publicity surrounding the five-month Chicago Seven Conspiracy trial of 1969. Bobby Seale. Robert George "Bobby" Seale[1] (born October 20, 1936) is an American political activist. 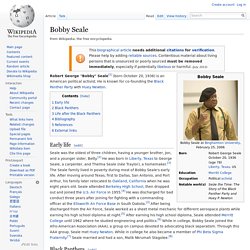 He is known for co-founding the Black Panther Party with Huey Newton. Early life[edit] Black Panthers[edit] Bobby Seale and Huey P. Newton, heavily inspired by Malcolm X, the civil rights leader assassinated in 1965, and his teachings, joined together in October 1966 to create the Black Panthers, later known as the Black Panther Party for self-defense who adopted the slain activist's slogan “Freedom by any means necessary” as their own. Lee Weiner. Lee Weiner (born September 7th, 1939), a member of the Chicago Seven, was charged with "conspiring to use interstate commerce with intent to incite a riot" and "teaching demonstrators how to construct incendiary devices that would be used in civil disturbances"[1][2] at the 1968 Democratic National Convention. 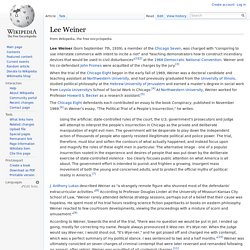 Weiner and his co-defendant John Froines were acquitted of the charges by the jury.[3] When the trial of the Chicago Eight began in the early fall of 1969, Weiner was a doctoral candidate and teaching assistant at Northwestern University, and had previously graduated from the University of Illinois, studied political philosophy at the Hebrew University of Jerusalem and earned a master's degree in social work from Loyola University's School of Social Work in Chicago.[4] At Northwestern University, Weiner worked for Professor Howard S. Becker as a research assistant.[5] J. John Froines. John R. 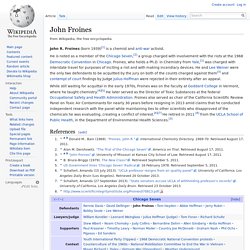 Froines (born 1939)[1] is a chemist and anti-war activist. He is noted as a member of the Chicago Seven,[2] a group charged with involvement with the riots at the 1968 Democratic Convention in Chicago. Froines, who holds a Ph.D. in Chemistry from Yale,[1] was charged with interstate travel for purposes of inciting a riot and with making incendiary devices. He and Lee Weiner were the only two defendants to be acquitted by the jury on both of the counts charged against them[3] and contempt of court findings by Judge Julius Hoffman were rejected in their entirety after an appeal. While still waiting for acquittal in the early 1970s, Froines was on the faculty at Goddard College in Vermont, where he taught chemistry.[4][5] He later served as the Director of Toxic Substances at the federal Occupational Safety and Health Administration. . ^ Jump up to: a b Donald M.. John Froines. Rennie Davis. Rennard Cordon “Rennie” Davis (born May 23, 1941) is a former, prominent American anti-Vietnam War protest leader of the 1960s. 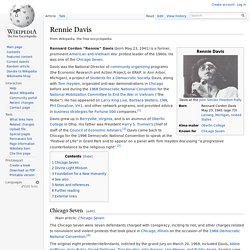 Tom Hayden. Thomas Emmet Hayden, known as Tom Hayden (born December 11, 1939), is an American social and political activist, author, and politician, who is director of the Peace and Justice Resource Center in Culver City, California. 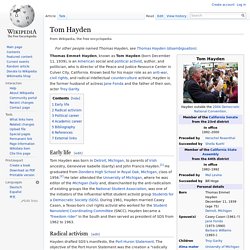 Known best for his major role as an anti-war, civil rights, and radical intellectual counterculture activist, Hayden is the former husband of actress Jane Fonda and the father of their son, actor Troy Garity. Early life[edit] Radical activism[edit] Hayden drafted SDS's manifesto, the Port Huron Statement. The objective of the Port Huron Statement was the creation a "radically new democratic political movement" in the United States that rejected hierarchy and bureaucracy. David Dellinger. David T. 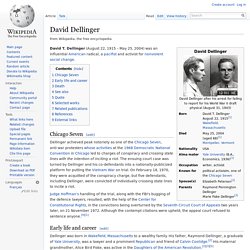 Dellinger (August 22, 1915 – May 25, 2004) was an influential American radical, a pacifist and activist for nonviolent social change. Chicago Seven[edit] Dellinger achieved peak notoriety as one of the Chicago Seven, anti-war protesters whose activities at the 1968 Democratic National Convention in Chicago led to charges of conspiracy and crossing state lines with the intention of inciting a riot.

The ensuing court case was turned by Dellinger and his co-defendants into a nationally-publicized platform for putting the Vietnam War on trial. Abbie Hoffman. Jerry Rubin. Jerry Clyde Rubin (July 14, 1938 – November 28, 1994) was an American social activist, anti-war leader, and counterculture icon during the 1960s and 1970s. 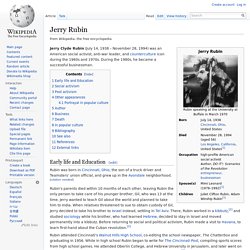