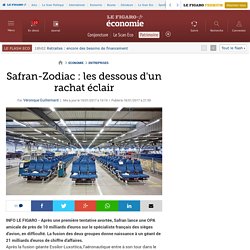 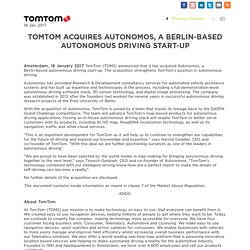 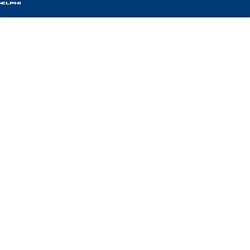 Movimento's advanced technology platform enables manufacturers to quickly and efficiently upgrade or fix software at all stages of a vehicle's lifecycle. Its OTA capabilities provide end consumers the ease and convenience of software updates, allowing new features and functionality to be added to their vehicles instantaneously, all the while reducing warranty and service costs for the vehicle manufacturer.

"The acquisition of Movimento strengthens Delphi's position as a leading end-to-end systems and software provider to the industry as vehicle connectivity becomes increasingly ubiquitous," said , president and CEO, . The transaction closed on . Terms of the transaction were not disclosed. JCI divests control of interiors business to China's Yanfeng with joint venture. Johnson Controls CEO Alex Molinaroli and Yangfeng Chairman Shen Jianhua signed an agreement to form a global automotive interiors joint venture. 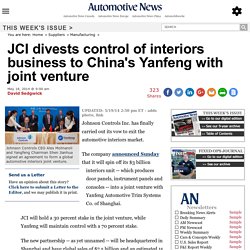 UPDATED: 5/19/14 2:50 pm ET - adds photo, link Johnson Controls Inc. has finally carried out its vow to exit the automotive interiors market. The company announced Sunday that it will spin off its $3 billion interiors unit -- which produces door panels, instrument panels and consoles -- into a joint venture with Yanfeng Automotive Trim Systems Co. of Shanghai. JCI will hold a 30 percent stake in the joint venture, while Yanfeng will maintain control with a 70 percent stake. The new partnership -- as yet unnamed -- will be headquartered in Shanghai and have global sales of $7.5 billion and an estimated 15 percent share of the global automotive interiors market. 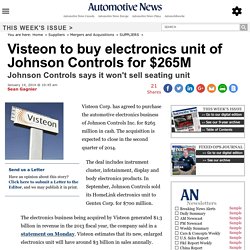 The acquisition is expected to close in the second quarter of 2014. The deal includes instrument cluster, infotainment, display and body electronics products. In September, Johnson Controls sold its HomeLink electronics unit to Gentex Corp. for $700 million. The electronics business being acquired by Visteon generated $1.3 billion in revenue in the 2013 fiscal year, the company said in a statement on Monday. 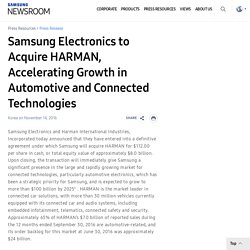 Upon closing, the transaction will immediately give Samsung a significant presence in the large and rapidly growing market for connected technologies, particularly automotive electronics, which has been a strategic priority for Samsung, and is expected to grow to more than $100 billion by 2025¹ . HARMAN is the market leader in connected car solutions, with more than 30 million vehicles currently equipped with its connected car and audio systems, including embedded infotainment, telematics, connected safety and security. IAC and Shenda Agree to Form Global Automotive Soft Trim and Acoustics Supplier Joint Venture. SHANGHAI, China (December 21, 2016) – International Automotive Components (IAC) and Shanghai Shenda Co. 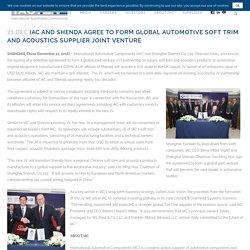 Ltd. (Shenda) today announced the signing of a definitive agreement to form a global joint venture (JV) partnership to supply soft trim and acoustics products to automotive original equipment manufacturers (OEM). A UK affiliate of Shenda will acquire a 70% stake in the UK-based JV based at an enterprise value of USD $570 million. IAC will maintain a 30% interest. The JV, which will be named at a later date, expands an existing, successful JV partnership between affiliates of IAC and Shenda spanning nearly two decades. Shanghai: Flanked by executives from both companies, IAC CEO Steve Miller (right) and Shanghai Shenda Chairman Yao Ming Hua sign the agreement to form a global joint venture that will become the next leader in automotive textiles. The agreement is subject to various conditions, including third-party consents and other conditions customary for transactions of this type.