Connected TV World Summit. SXSW 2017: Embattled Journalism in Focus. The annual tech festival South By Southwest Interactive is widely regarded as an indicator of things to come across industries, and journalism is no exception. 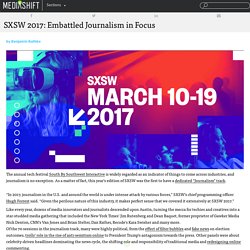 As a matter of fact, this year’s edition of SXSW was the first to have a dedicated “Journalism” track. “In 2017, journalism in the U.S. and around the world is under intense attack by various forces,” SXSW’s chief programming officer Hugh Forrest said. “Given the perilous nature of this industry, it makes perfect sense that we covered it extensively at SXSW 2017.” Breaking news: the first 15 minutes of history - Innovation. When a big story breaks, readers around the world instantly start paying attention to your reporting. 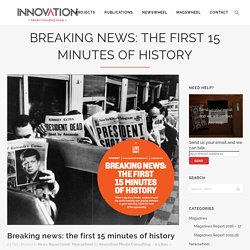 Make the most of the opportunity By Matthew Bennett | Consultant, Innovation Media Consulting Group, Murcia Wellington’s rider Major Henry Percy took three days, by horse, carriage and boat, to bring news of British victory over Napoleon along with two imperial eagles wrapped in French flags to London. None of the 56 newspapers published regularly at the time had sent any reporters to the battle and so could not tell their readers of updates from the field until the fourth day. 50 years later, when John Wilkes Booth shot Lincoln, Associated Press correspondent Lawrence A. Gobright filed on the same day from Washington but failed to mention a bullet had entered the President’s body until the third paragraph, preferring to begin his chronicle with what amounts to a presidential diary entry. The rise and rise of fake news. Image copyright iStock The deliberate making up of news stories to fool or entertain is nothing new. 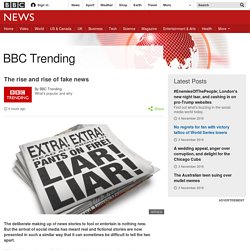 But the arrival of social media has meant real and fictional stories are now presented in such a similar way that it can sometimes be difficult to tell the two apart. How CNN Connect With a Global Audience on Social Media. Jornalismo de Dados on Flipboard. 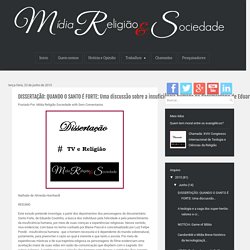 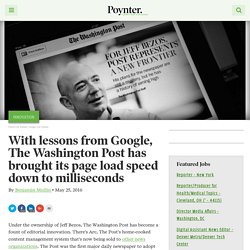 There's Arc, The Post's home-cooked content management system that's now being sold to other news organizations. The Post was the first major daily newspaper to adopt HTTPS, a move that is gaining adherents throughout the news industry. And it's built an engineering corps 200 staffers strong. Further evidence of that prowess is now on display in the form of a "progressive web app," a new effort from The Washington Post to cut down on the time required for its journalism to display on mobile devices. If the term "progressive web app" sounds unfamiliar, that's probably because it's a relatively new concept for the media industry in the United States, said David Merrell, a senior product manager at The Washington Post. BuzzFeed is building a New York-based team to experiment with news video. When you think of BuzzFeed video, you probably think of “27 Weird Things Guys Lie To Each Other About” or the Tasty recipe videos that have taken over your Facebook feed. 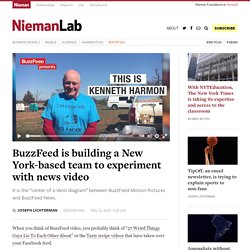 BuzzFeed has made a huge commitment to building out its video capabilities, and funny and shareable videos have become its staples. The company launched BuzzFeed Motion Pictures in 2014. It now publishes 65 original videos each week, and earlier this year BuzzFeed CEO Jonah Perettimoved to Los Angeles, where BuzzFeed’s video operations are based. Facebook says it doesn't permit censorship in Trending Topics. Facebook has responded to allegations in a Gizmodo report that its contract news curators actively censored stories from conservative publications when selecting which items appear in its Trending Topics section. 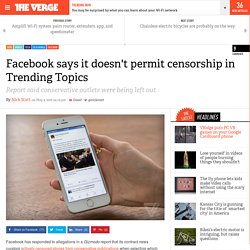 In a statement given to The Verge, the company does not actively deny that members of its news operation were censoring stories from right-wing outlets like Breitbart and The Drudge Report. However, a Facebook spokesperson did say the company does not "permit the suppression of political perspectives" and has never banned a news outlet from appearing in the Trending Topics bar. "We take allegations of bias very seriously. Facebook is a platform for people and perspectives from across the political spectrum," reads the statement, which was first published by BuzzFeed News. "There are rigorous guidelines in place for the review team to ensure consistency and neutrality. Facebook does not "permit the suppression of political perspectives. " Brand Building and Social Engagement: Lessons from SXSW 2015. BuzzFeed’s Video Strategy: Lessons In Social Storytelling.

There are two types of content, according to BuzzFeed Motion Pictures VP Jonathan Perelman. 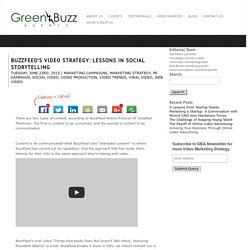 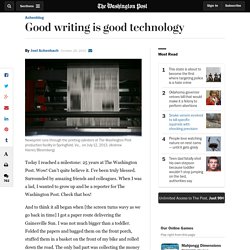 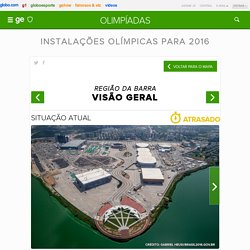 Criando um Projeto Editorial: Jornada do Consumidor — WordPress.com Notícias. The Surprising Scientific Secrets Of Shareable Content. Have you ever wondered why, in spite of your best intentions, you just can’t resist a clickbait headline on Buzzfeed? What was it about #TheDress that got everyone up in arms? And what is it about Malcolm Gladwell that makes his work so interesting? Is it possible to replicate this kind of remarkability, or is it entirely unpredictable? The truth is there is compelling science behind the success of shareable content. The stuff that gets people talking isn’t quite as random as you might think. As marketing expert Seth Godin says, “Ideas that spread, win.” The interesting index. Untitled. New data from the measurement company comScore has given us fresh insights into a number of key US media markets. As their report shows, “longstanding consumer habits continue to be upended.”

However, instead of suggesting that the media landscape is becoming more ‘fragmented’ the authors contend that “a more accurate description might be that it’s becoming increasingly interconnected, with consumers seamlessly accessing content across more screens than ever before.” Here are nine charts from their 70-page report which we thought were worth noting. 1. Mobile is driving digital media growth Desktop audiences are still significant for media publishers; but smartphones are the platform to watch.

Nonetheless, although audiences are viewing less content via their desktop, viewing (in terms of total minutes) via this platform is still more than three times that of total tablet viewing. Businessinsider. Untitled. Washington (AFP) - Under new owner Jeff Bezos, The Washington Post is no longer just a newspaper. It's reinventing itself as a "media and technology company" that hopes to blaze a trail for newsrooms struggling to transition to a digital era. The transformation may not be apparent on the surface, but the Internet billionaire has ripped up and revamped the technology underpinnings at the Post since buying the storied daily in 2013, while investing in the newsroom with more journalists, video offerings and tools for digital storytelling.

In a symbolic step, Bezos was present at Thursday's dedication of the new tech-rich Post headquarters, a few blocks from the musty 1970s building that is being razed. "I am a huge fan of leaning into the future," said Bezos, the founder of online giant Amazon who snapped up the struggling newspaper for $250 million in personal funds. Some of his efforts appear to be paying off.

Want to Know What Facebook Really Thinks of Journalists? Here's What Happened When It Hired Some. 11 formas de ganhar dinheiro com jornalismo na internet – Reinventa Jornalista. Want to get a journalism job? Here are the skills you need, according to a new report – Poynter. Many journalism job listings read as if they were meant for superhuman uber-reporters. What do employers want? Not much, just someone who can send tweets, post to Facebook, shoot video, code interactive features, take photos and write stories.

And, by the way, hope you've got at least five years of experience. The Counted: people killed by police in the United States – interactive. The Counted is a special Guardian project to record all people killed by police in the United States this year. We have gathered information from official databases and crowdsourced counts to create a full and detailed view of killings by law enforcement agents in the US. This page shows the names and, where possible, faces of those killed since January 1 2015, as well as other details about the manner of their deaths and the status of any investigations into the incidents.

You can see these incidents mapped throughout the United States, and read more about the methodology of the project here. Investigation: People shot and killed by police this year - Washington Post. Why The Washington Post Won A Pulitzer For A Story The Guardian Also Owned. 4 Tools to Replace Topsy (Which is Gone. Time to Move On) Dear Topsy users, We get that you’re sad. Apple shut down Topsy and the world might be over. It’s always hard to lose a loved one, especially when it made your searching binges so much easier.

In case you still don’t understand why Apple even bought Topsy to begin with, here’s the jist. Journal of Design and Science.

A Web-based publishing platform developed at the MIT Media Lab arranges related elements in a visual way that puts multimedia material into view alongside the text. MobileVideoDIY sur Twitter : "YouTube tiptoes toward the journalism business with eyewitness “Newswire” Broota Brasil – Conecta empreendedores, investidores e mentores. And You Thought Your Newsroom Was Innovative. Does your daily newspaper offer romance novels on the side? How about an interactive evening edition for the iPad? As media innovation increasingly targets an on-demand culture, these were among the projects that attracted interest at the 13th International Symposium on Online Journalism (ISOJ), where hundreds of journalists, media executives, and academics gathered in April to exchange research and ideas about disruptions in journalism and global reactions to them. The conference, hosted by the Knight Center for Journalism in the Americas at the University of Texas at Austin, reliably draws a mix of professional news producers and high-level researchers.