Dimensioni e scala delle celle. Some cells are visible to the unaided eye The smallest objects that the unaided human eye can see are about 0.1 mm long. That means that under the right conditions, you might be able to see an amoeba proteus, a human egg, and a paramecium without using magnification. A magnifying glass can help you to see them more clearly, but they will still look tiny. Smaller cells are easily visible under a light microscope. It's even possible to make out structures within the cell, such as the nucleus, mitochondria and chloroplasts. Microscopio virtuale. Phases of Matter. Arm Elevation and Shoulder Rotation. (339) Bufale - Cinesi sul lato oscuro della Luna. 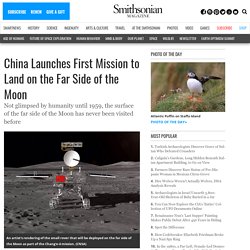 The crater-pocked land that the crew saw as they looped around the Moon was completely hidden until 1959, when the Soviet Luna 3 mission transmitted black and white images of the gray landscape, idle and virtually unchanged for billions of years. But the next chapter of exploration on this untrodden ground is expected to kick up a little of the long-standing lunar dust. Today, a Chinese Long March 3B rocket lofted a spacecraft that will attempt the first ever soft landing on the lunar far side: Chang’e-4. The craft is expected to make its landing sometime between January 1 and 3 after a five-day cruise to the Moon, lunar orbit insertion, and a few course corrections in preparation for sunrise over the presumed landing site at Von Kármán crater in late December. 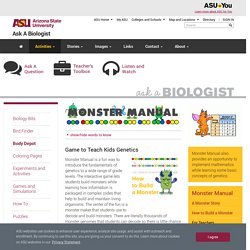 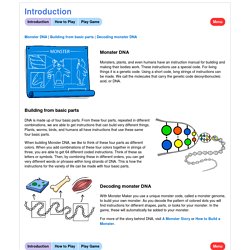 These instructions use a special code. Perseids Meteor Shower 2021. In 2021, the Perseids will peak on the night between Aug 12–13 August Meteor Shower The Perseids are one of the brighter meteor showers of the year. 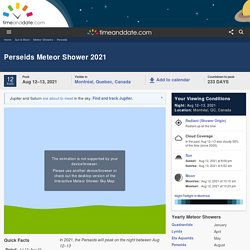 Learning the Scientific Method with Paper Rockets. Sustainability: Reduce Your Environmental Impact! 80 dei migliori progetti di fisica per bambini intelligenti. Physics projects are some of the most memorable science projects your kids will ever try. 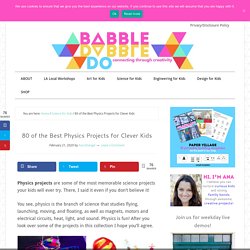 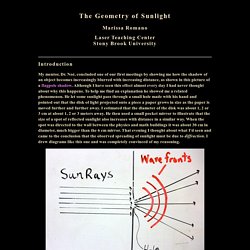 Noé, concluded one of our first meetings by showing me how the shadow of an object becomes increasingly blurred with increasing distance, as shown in this picture of a flagpole shadow. Although I have seen this effect almost every day I had never thought about why this happens. Marissa Romano / Laser Teaching Center Project. Diameter sun experiment - Buscar con Google. Science For Passion: Risorse per la didattica. Muscle Anatomy and Physiology Model building. Last week in class we had to complete both a group project and an individual project to portray the anatomy of a skeletal muscle. 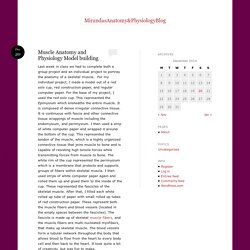 For my individual project, I made a model out of a red solo cup, red construction paper, and regular computer paper. For the base of my project, I used the red solo cup. This represented the Epimysium which ensheaths the entire muscle. It is composed of dense irregular connective tissue. It is continuous with fascia and other connective tissue wrappings of muscle including the endomysium, and perimysium.

For the group project part of the assignment, I worked with Sammi and Janae. Individual project of the skeletal muscle. Build a Working Arm Muscle: A Science Activity Tutorial. Share this post via email An observational approach is terrific for nature study, but doesn’t quite do the trick when it comes to anatomy, does it? 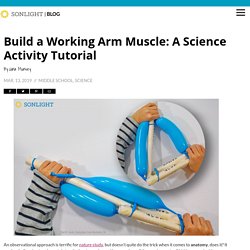 It can be challenging to adequately teach about muscles and bones, when all the moving parts all hidden away inside our bodies. We simply can’t see under our skin! But exciting hands-on activities—like building this set of faux muscles and bones—are an effective way to transform the study of anatomy into something students can actually see and touch.

In addition to the wide array of science and health books included in Science F: Health, Medicine and Human Anatomy, there are also a plethora of hands-on activities, scheduled at regular intervals throughout the year. Resources. Delightful Learning: Instant Challenges. (58) How to show Centre of Gravity. 3. La lunghezza d'onda. Informativa sulla Privacy e Cookie Policy. 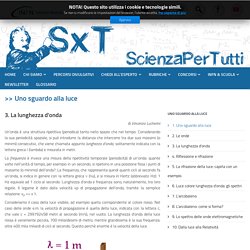