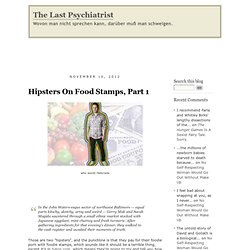 After gathering ingredients for that evening's dinner, they walked to the cash register and awaited their moments of truth. Those are two "hipsters", and the punchline is that they pay for their foodie porn with foodie stamps, which sounds like it should be a terrible thing, except it's in Salon.com, which means they're going to try and tell you how it's a good thing, which they don't, because they can't. Examining the Means-tested Welfare State. Social Security Administration: Social Security Basic Facts. Social Security Basic Facts (Printer Friendly Version) April 2, 2014 In 2014, over 59 million Americans will receive almost $863 billion in Social Security benefits. 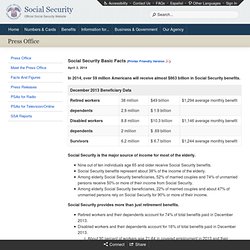 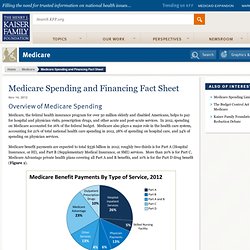 In 2012, spending on Medicare accounted for 16% of the federal budget. Medicare also plays a major role in the health care system, accounting for 21% of total national health care spending in 2012, 28% of spending on hospital care, and 24% of spending on physician services. Www.dol.gov/dol/budget/2013/PDF/FY2013BIB.pdf. The 2014 Long-Term Budget Outlook in 26 Slides. A guaranteed income for every American would eliminate poverty — and it wouldn't destroy the economy. Eliminating poverty seems like an impossibly utopian goal, but it's actually pretty easy: we can just give people enough money that they're above the poverty line. 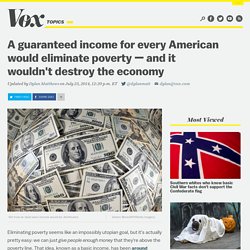 That idea, known as a basic income, has been around forever, but it's made a comeback in recent years. And it's a sign of how far it's come that opponents of the idea are beginning to feel the need to make arguments against it. Report: U.S. Spent $3.7 Trillion on Welfare Over Last 5 Years. New research from the Republicans on the Senate Budget Committee shows that over the last 5 years, the U.S. has spent about $3.7 trillion on welfare. 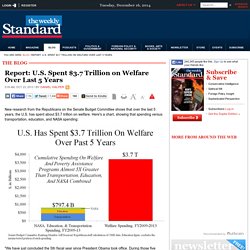 Here's a chart, showing that spending versus transportation, education, and NASA spending: "We have just concluded the 5th fiscal year since President Obama took office. During those five years, the federal government has spent a total $3.7 trillion on approximately 80 different means-tested poverty and welfare programs.

How to Fix Poverty: Write Every Family a Basic Income Check. In the United States—as in all of the world’s wealthier nations—ending poverty is not a matter of resources. 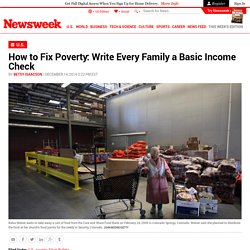 Many economists, including Timothy Smeeding of the University of Wisconsin (and former director of the Institute for Research on Poverty) have argued that every developed nation has the financial wherewithal to eradicate poverty. In large part this is because post-industrial productivity has reached the point where to suggest a deficit in resources is laughably disingenuous. 5 Surprising Insider Facts About Welfare. In a perfect world, this wouldn't be a political subject -- but this is not a perfect world, judging by the trending hashtags we're seeing. 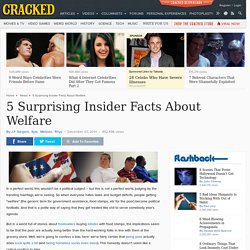 So when everyone hates taxes and budget deficits, people getting "welfare" (the generic term for government assistance, food stamps, etc for the poor) become political footballs. And that is a polite way of saying that they get treated like shit to serve somebody else's agenda. The Libertarian Case for a Basic Income. Guaranteeing a minimum income to the poor is better than our current system of welfare, Zwolinski argues. 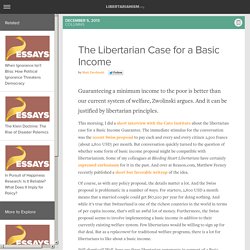 And it can be justified by libertarian principles. This morning, I did a short interview with the Cato Institute about the libertarian case for a Basic Income Guarantee. The immediate stimulus for the conversation was the recent Swiss proposal to pay each and every and every citizen 2,500 francs (about 2,800 USD) per month. But conversation quickly turned to the question of whether some form of basic income proposal might be compatible with libertarianism. Some of my colleagues at Bleeding Heart Libertarians have certainly expressed enthusiasm for it in the past. In One Image, Everything You Need to Know about the Washington-Created Welfare State. November 6, 2015 by Dan Mitchell Three years ago, I shared a chart about the fiscal burden of the welfare state, calling it the picture that says a thousand word. 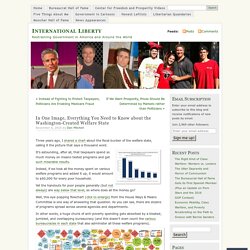 It’s astounding, after all, that taxpayers spend so much money on means-tested programs and get such miserable results. Indeed, if we took all the money spent on various welfare programs and added it up, it would amount to $60,000 for every poor household. A Guaranteed Income for Every American. When people learn that I want to replace the welfare state with a universal basic income, or UBI, the response I almost always get goes something like this: “But people will just use it to live off the rest of us!” 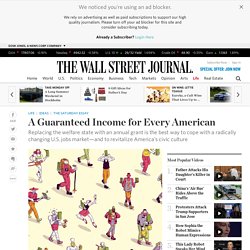 “People will waste their lives!” Or, as they would have put it in a bygone age, a guaranteed income will foster idleness and vice. I see it differently. I think that a UBI is our only hope to deal with a coming labor market unlike any in human history and that it represents our best hope to revitalize American civil society. The great free-market economist Milton Friedman originated the idea of a guaranteed income just after World War II.

Basically flawed. WORK is one of society’s most important institutions. It is the main mechanism through which spending power is allocated. It provides people with meaning, structure and identity. A Universal Basic Income Is a Poor Tool to Fight Poverty. Photo Why doesn’t the government just give everybody money? Figure out a reasonable amount — the official poverty line amounts to about $25,000 for a family of four; a full-time job at $15 an hour would provide about $30,000 a year — and hand every adult a monthly check. The minimum-wage worker stretching to make it to payday, the single mother balancing child care and a job — everybody would get the same thing. Poverty would be over, at a stroke.