Where the Wild Things Are Book Read Aloud. AQUILA Children's Magazine - Official website. Explorer’s Guide for the World’s Most Adventurous Kid. Fun Facts for Kids on Animals, Earth, History and more! Free primary school music resources - Bring The Noise - BBC Teach. 12th Lesson Albatross. Aboriginal Australian Culture: One of the Oldest Living Cultures. The culture of Australia’s Aboriginal people is one of the oldest in the world – Aboriginal Australian Culture dates back more than 60,000 years! 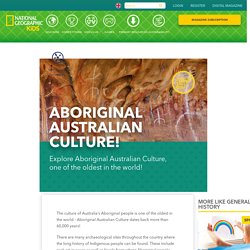 There are many archaeological sites throughout the country where the long history of Indigenous people can be found. These include rock art in caves as well as fossils from where Aboriginal people lived and shared their meals. Aboriginal Archaeological Site: Botany Bay, New South Wales On the shores of Botany Bay (where Captain Cook first landed in 1788) there is a shell midden.

A midden is a site where Aboriginal people at different kinds of shellfish, fish and other animals. Aboriginal Archaeological Site: Lake Mungo, New South Wales If you take a walk around (now dry) Lake Mungo in western NSW, you’ll see an Aboriginal site of great archeological importance. Around 17,000 years ago, Lake Mungo disappeared after around 4,000 years of gradually drying up. Aboriginal Australian Culture: Rock Art There are three main styles of rock art: It was night, and some fireflies danced around the moon. - ppt video online download. Roman sewers - ancient Roman toilets, poop, pipes. A Roman latrine, feeding into the Roman sewers. 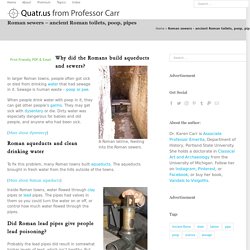 Why did the Romans build aqueducts and sewers? In larger Roman towns, people often got sick or died from drinking water that had sewage in it. Sewage is human waste – poop or pee. When people drink water with poop in it, they can get other people’s germs. Why we need to teach younger kids to be activists, too. Celia Jacobs I grew up petrified of acid rain. 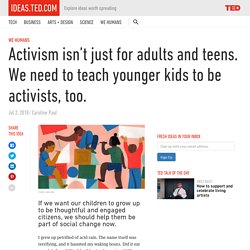 The name itself was terrifying, and it haunted my waking hours. What is the Foundation Phase? - Wales Pre-school Providers Association. The Foundation Phase is a developmental curriculum for 3 to 7-year-olds in Wales. 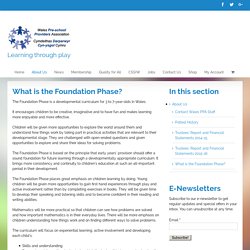 It encourages children to be creative, imaginative and to have fun and makes learning more enjoyable and more effective. Children will be given more opportunities to explore the world around them and understand how things work by taking part in practical activities that are relevant to their developmental stage. They are challenged with open-ended questions and given opportunities to explore and share their ideas for solving problems. The Foundation Phase is based on the principle that early years’ provision should offer a sound foundation for future learning through a developmentally appropriate curriculum. It brings more consistency and continuity to children’s education at such an all-important period in their development. The Foundation Phase places great emphasis on children learning by doing. The curriculum will focus on experiential learning, active involvement and developing each child’s: Primary History - Indus Valley - The end of the Indus. Coolest. Teacher. Ever?! - CBBC - BBC. 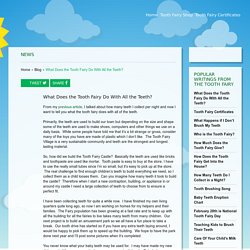 From my previous article, I talked about how many teeth I collect per night and now I want to tell you what the tooth fairy does with all of the teeth. Primarily, the teeth are used to build our town but depending on the size and shape some of the teeth are used to make shoes, computers and other things we use on a daily basis. While some people have told me that it’s a bit strange or gross, consider many of the toys you have are made of plastic which I don’t like. The Tooth Fairy Village is a very sustainable community and teeth are the strongest and longest lasting material.

So, how did we build the Tooth Fairy Castle? I have been collecting teeth for quite a while now. BBC Radio 4 - Langley School Music Project. Robo Wunderkind: A robot anyone can build by Robo Wunderkind. PRIMARY: Paul Klee. This term Primary have been studying the artist Paul Klee. 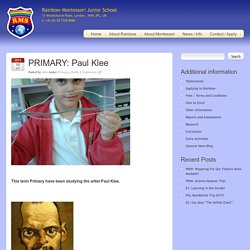 Miss Kate began her lessons by teaching a little about the life and work of the artist. Our first lesson involved creating collages inspired by his piece named Dancing For Fear. The children have been working on many different skills in art inspired by his painting Golden Fish. This includes fish printing, using real fish to print! CBBC - Horrible Histories. ESA - Space for Kids - Life in Space - Gravity and weightlessness. Our everyday lives involve such activities as sitting, walking, picking up things from the ground and lying in bed. 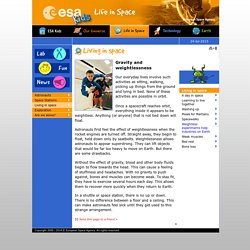 None of these activities are possible in orbit. Once a spacecraft reaches orbit, everything inside it appears to be weightless. Anything (or anyone) that is not tied down will float. Astronauts first feel the effect of weightlessness when the rocket engines are turned off. Straight away, they begin to float, held down only by seatbelts. Without the effect of gravity, blood and other body fluids begin to flow towards the head. Kids clapping games, songs & rhymes. Rory's Story Cubes. Ducksters: Education Site.