Byrne Identity: Ravens Devastated By Tray Walker Accident; Harbs Sends Heartfelt Letter To Team. French and Raven's Five Forms of Power - from MindTools.com. 5 Things Oprah Taught Me about How to Give a Good Interview. - Gretchen Rubin. One of the biggest thrills in my professional life was being interviewed by Oprah herself, for her amazing Super Soul Sunday series. 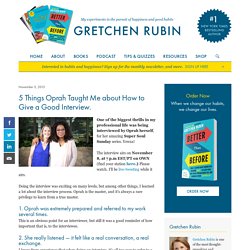 Yowza! The interview airs on November 8, at 7 p.m EST/PT on OWN (find your station here.) Please watch. I’ll be live-tweeting while it airs. Doing the interview was exciting on many levels, but among other things, I learned a lot about the interview process. Youtube. Lessons on professional learning from Star Wars. By Dawn Wilson What can educators learn from Star Wars? 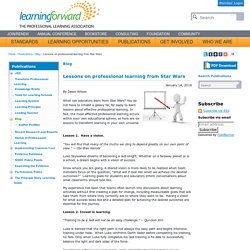 You do not have to inhabit a galaxy far, far away to learn lessons about effective professional learning. In fact, the most effective professional learning occurs within your own educational sphere, so here are six lessons to transform learning in your own universe. Lesson 1. 201510. Generous Store. Five-Minute Film Festival: Videos on Kindness, Empathy, and Connection. I'd like to offer up a video playlist to remind all of us about the power of empathy, kindness, and human connections. 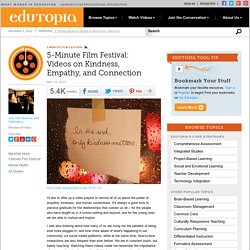 It's always a good time to practice gratitude for the relationships that sustain us all -- for the people who have taught us in a school setting and beyond, and for the young ones we are able to nurture and inspire. The Success Series. Huffingtonpost. Mr Rad's Neighborhood. Like Me, Are You Haunted by Reading People’s Final Journal Entries? DJ Mosaken - DANCE MOVIE MEDLEY. WATCH: Bullies Picked On Him Everyday, Until He Started Doing One Simple Thing To Turn It Around.

Part 3: What do Tom Brady, dancing sharks, and teacher leadership have in common? - Teach to Lead. The following post is from Megan Allen, an NBCT and teacherpreneur at the Center for Teaching Quality (CTQ). 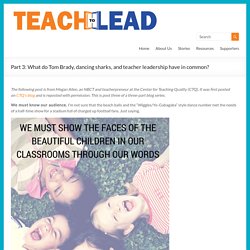 It was first posted on CTQ’s blog and is reposted with permission. This is post three of a three-part blog series. We must know our audience. I’m not sure that the beach balls and the “Wiggles/Yo-Gabagaba” style dance number met the needs of a half-time show for a stadium full of charged up football fans. Just saying. In our leadership work, we must think about our audience and frame our message appropriately based on the needs of that audience.

35 Pictures That Prove The World Isn’t Such A Bad Place. 37 Dr. Seuss Quotes That Can Change the World. Dr. 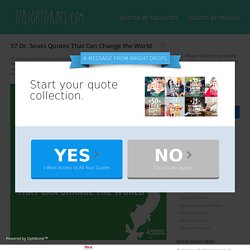 Seuss is an oft-quoted author that published over 40 books, many of which have been made into films, and have even been studied in university classrooms. This is a collection Seuss quotes that have the power to change the world if their message is heeded. Simple and poignant at the same time, that is what he was famous for, and is on display. Enjoy! “Kid, you’ll move mountains!” No need to get intimidated by the size of the task, it’s just a matter of taking small steps towards your bigger goal.

MythologyTeacher.com. “A hero is an ordinary individual who finds the strength to persevere and endure in spite of overwhelming obstacles.” 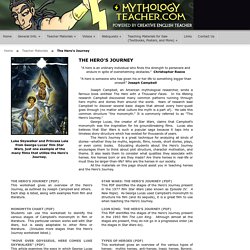 Christopher Reeve “A hero is someone who has given his or her life to something bigger than oneself.” Joseph Campbell Joseph Campbell, an American mythological researcher, wrote a famous book entitled The Hero with a Thousand Faces. In his lifelong research Campbell discovered many common patterns running through hero myths and stories from around the world. Why Teaching Is The Best Job In The World. 7 Reasons Why Teaching Is Still The Best Job In The World by Paul Moss Sometimes, good teachers quit. 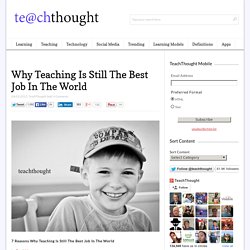 Teaching is an increasingly demanding job with divergent influences, dynamic sources of innovation, and aging dogma that makes it all a struggle. What Did Flannery O’Connor Pray For? Often when I read, I’m struck by something, but I’m not sure why. 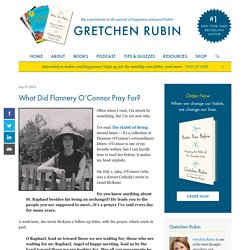 I’ve read The Habit of Being several times — it’s a collection of Flannery O’Connor’s extraordinary letters. O’Connor is one of my favorite writers, but I can hardly bear to read her fiction; it makes my head explode. On July 1, 1964, O’Connor (who was a devout Catholic) wrote to Janet McKane: Do you know anything about St. Raphael besides his being an archangel? A week later, she wrote McKane a follow-up letter, with the prayer, which reads in part: Wondering What 'Privilege' Is? This Video Has Some Answers For You.

Don Jaye - Michael Jackson Would Be So Proud If He Got A... Using Music to Teach Social Studies: American History and Government. These Social Studies lyrics are available from a variety of albums. 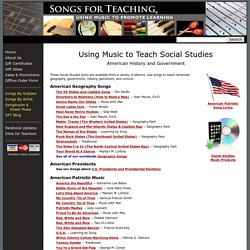 Use songs to teach American geography, government, history, patriotism, and culture. American Geography Songs The 50 States and Capitals Song. The Bread Man. They Line Up To Dance - But It's The One In The Middle That Has Everyone In HystericsJoahnna Colon is only six years old, but a...