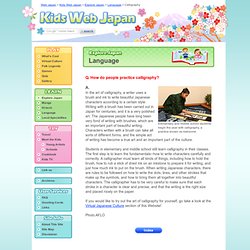 How do people practice calligraphy? Elementary and middle school students begin the year with calligraphy, a practice known as kakizome. In the art of calligraphy, a writer uses a brush and ink to write beautiful Japanese characters according to a certain style. Writing with a brush has been carried out in Japan for centuries, and it is a very polished art. The Japanese people have long been very fond of writing with brushes, which are an important part of beautiful writing.

Students in elementary and middle school still learn calligraphy in their classes. If you would like to try out the art of calligraphy for yourself, go take a look at the Virtual Japanese Culture section of this Website! Photo:AFLO. Japan: Memoirs of a Secret Empire . Daimyo. Prior to unification, Japan was divided into numerous domains under the rule of the daimyo, military lords with large landholdings living in castle towns. 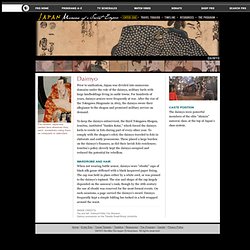 For hundreds of years, daimyo armies were frequently at war. After the rise of the Tokugawa Shogunate in 1603, the daimyo swore their allegiance to the shogun and promised military service on demand. To keep the daimyo subservient, the third Tokugawa Shogun, Iemitsu, instituted "Sankin Kotai," which forced the daimyo lords to reside in Edo during part of every other year. To comply with the shogun's edict, the daimyo traveled to Edo in elaborate and costly processions. These placed a large burden on the daimyo's finances, as did their lavish Edo residences. WARDROBE AND HAIRWhen not wearing battle armor, daimyo wore "eboshi" caps of black silk gauze stiffened with a black lacquered paper lining. IMAGE CREDITS Top and left: Daimyo/Chiba City Museum.Daimyo procession on the Tokaido Road/Shunji Jonoshita. Art Review - 'Art of the Samurai' - Way of the Artful Warriors, at the Metropolitan Museum.

Samurai Sisters: Early Feudal Japan - Sample Activity (Women in World History Curriculum) Asian Topics on Asia for Educators. Religion: Buddhism. Religion: Shinto. Samurai and Bushido - Facts & Summary - HISTORY.com. In the mid-19th century, the stability of the Tokugawa regime was undermined by a combination of factors, including peasant unrest due to famine and poverty. 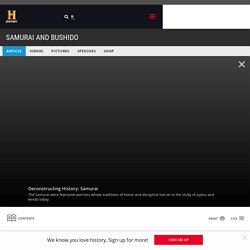 The incursion of Western powers into Japan–and especially the arrival in 1853 of Commodore Matthew C. Perry of the U.S. Navy, on a mission to get Japan to open its doors to international trade–proved to be the final straw. Japanese Jujutsu - A History and Style Guide. Jujutsu History and Style Guide Introduction: Let's say that you were a Samurai during medieval times in Japan. 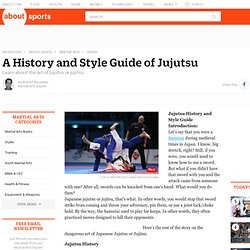 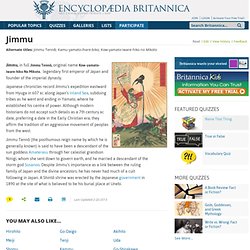 You can also highlight a section and use the tools in this bar to modify existing content: We welcome suggested improvements to any of our articles. You can make it easier for us to review and, hopefully, publish your contribution by keeping a few points in mind: Encyclopaedia Britannica articles are written in a neutral, objective tone for a general audience. You may find it helpful to search within the site to see how similar or related subjects are covered. Any text you add should be original, not copied from other sources. Alternate titles: Jimmu Tennō; Kamu-yamato-ihare-biko; Kow-yamato-iware-hiko no Mikoto Last Updated. 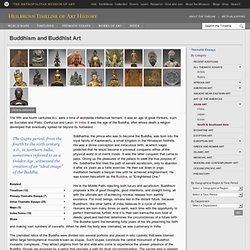 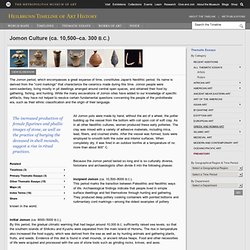 Its name is derived from the "cord markings" that characterize the ceramics made during this time. Jomon people were semi-sedentary, living mostly in pit dwellings arranged around central open spaces, and obtained their food by gathering, fishing, and hunting. While the many excavations of Jomon sites have added to our knowledge of specific artifacts, they have not helped to resolve certain fundamental questions concerning the people of the protoliterate era, such as their ethnic classification and the origin of their language. Figurine Dogu Jomon Mus%C3%A9e Guimet 70608 3. Lethal Beauty: Birmingham Museum of Art exhibition conjuring samurai warriors, ancient battles with exquisite swords and armor.

BIRMINGHAM, Alabama -- Japanese culture – its fine art, music, animation and film – has gained a strong foothold in Western consciousness in recent decades, due in large part to the growing popularity of manga, animé, karaoke, even the newspaper puzzles, sudoku. 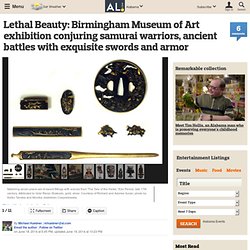 But perhaps no other Japanese import has captured the imagination like samurai, warriors that thrived from the 12th through the 19th centuries. Their legendary virtues – rectitude, courage, benevolence, respect, honesty, honor and loyalty – have been depicted in dozens of films, most notably Akira Kurosawa's "Seven Samurai" and "The Throne of Blood," and by turns, American films such as "The Magnificent Seven," "Star Wars" and "The Last Samurai. " But samurai were more than just fodder for sensational action films.