Camp FEMA: American Lockdown (Documentary Conspiracy) FEMA CAMPS- They're planning to kill everyone and heres how- WAKE UP! Walmart has secret FEMA CAMP Bunkers! It's happening!!! - August 2016. August 2016 - FEMA CAMPS are being setup in Walmart!!! Something very bad is happening!!! Man Sneaks into a FEMA Camp Walmart - Are they Real or not? U.S. Military Civil Disturbance Planning: The War at Home. 5 August 2000. 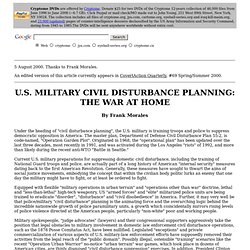 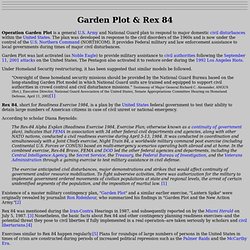 Army and National Guard plan to respond to major domestic civil disturbances within the United States. The plan was developed in response to the civil disorders of the 1960s and is now under the control of the U.S.