"The only dynamic I know is blastissimo" 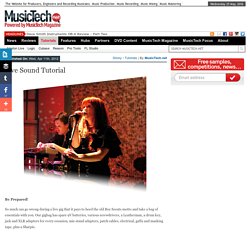 So much can go wrong during a live gig that it pays to heed the old Boy Scouts motto and take a bag of essentials with you. Our gigbag has spare 9V batteries, various screwdrivers, a Leatherman, a drum key, jack and XLR adapters for every occasion, mic-stand adapters, patch cables, electrical, gaffa and masking tape, plus a Sharpie. Less Is More It can be tempting to mic-up pretty much anything and everything that makes a noise, but the fewer mics you use, the easier your job is going to be.

A Live Soundman’s Handbook for Small Venues. Reading through magazines like Mix or EQ, one would get the impression that all sound-men work in large arenas for world famous artists. 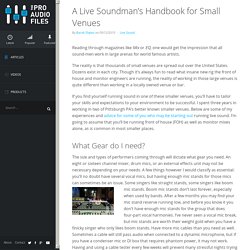 The reality is that thousands of small venues are spread out over the United States. Dozens exist in each city. Though it’s always fun to read what insane new rig the front of house and monitor engineers are running, the reality of working in those large venues is quite different than working in a locally owned venue or bar. If you find yourself running sound in one of these smaller venues, you’ll have to tailor your skills and expectations to your environment to be successful. I spent three years in working in two of Pittsburgh PA’s better known smaller venues. The Case For Mixing On Headphones In The Home Studio. Draw MIDI. Articles. This is a guest post from Jeremy Luscombe at Resonics.co.uk. 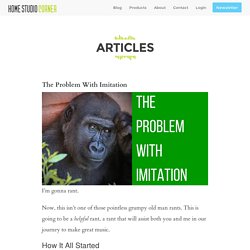 So you are ready to take your first foray into DIY recording. You are armed with some monitors, a mic and a recording device, neatly arranged in your bedroom. It looks great; but is it going to sound great? Music recording technology has come a long way since the expensive and cumbersome reel-to-reel tape machines of the 1970s. Back then, the ability to produce a clear recording was a luxury reserved for wealthy artists and recording studio professionals. With the advent of digital recorders, DAWs, MIDIs, editing freeware and increasingly available studio hardware, the exclusivity of good quality music production is a thing of the past.

While we are all celebrating the abundance of creativity and new music this has unleashed into the world, for the DIY recorder there is more to a good final product than quality equipment. Your standard rectangular room is more nuanced than people give it credit for. Beyerdynamic DT-990 Pro. Donc, voici un commentaire qui pourrais intéresser beaucoup de batteurs (comme moi). j'ai lu toutes les évaluations concernant ce casque, mais sans trouver les infos que je cherchais exactement ! 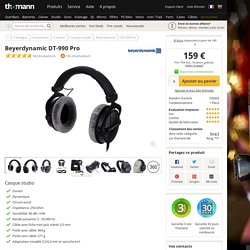 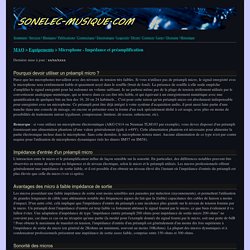 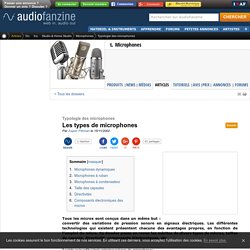 Aliasing and Sampling at Frequencies Above the Nyquist Frequency. 1. 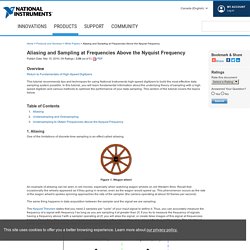 Aliasing One of the limitations of discrete-time sampling is an effect called aliasing. Figure 1. Wagon wheel. Q. What is 'aliasing' and what causes it? Hugh Robjohns With reference to A-D/D-A converters, what exactly is an 'alias'? 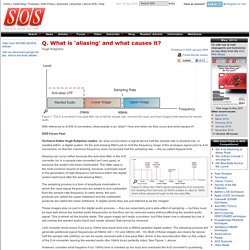 How and when do they occur and what causes it? SOS Forum Post. Filtre passe-bas. Audio aliasing explained. The World’s Best Books On Creating, Recording and Publishing Music. If you’re reading this issue of Scientist, we can assume a few things about you. 1) You have fantastic taste. 2) You’re smarter than the average soprano. 3) You love music. 4) You love reading almost as much. 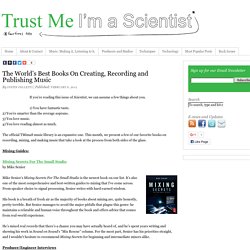 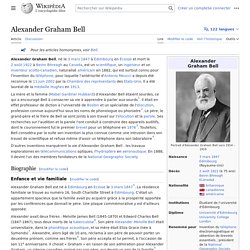 Article #1719792 Updated on Aug 15, 2013 at 8:33 PM In the audio world, there are 4 signal levels that we deal with: mic, instrument, line and speaker. Mic level is the lowest, or weakest, level signal of the four and requires a preamplifier to bring it up to Line level. Instrument level signals live between mic and line level signals and have the most variation. You typically see this kind of signal come from an electric guitar or bass.

But am I missing something? Line level, instrument level, mic level explained. What does "line level" mean? A device that operates at line level either has a very strong output signal, or only functions properly when you feed a very strong signal into it. Examples of line level outputs include mic preamps, mixers, the "line out" of an amp, and some effects-loop "send" jacks.