Physicists have figured out how to create matter and antimatter using light. 10 Best Operating Systems For Ethical Hacking And Penetration Testing. It’s time to pause the archaic Windows vs. 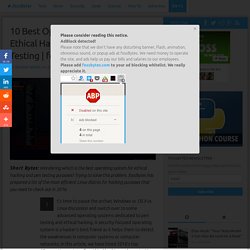 OS X vs. Linux discussion and switch over to some advanced operating systems dedicated to pen testing and ethical hacking. A security-focused operating system is a hacker’s best friend as it helps them to detect the weaknesses in computer systems or computer networks. Why I built my own homebrew Linux router. Welcome to Null Island, the most 'visited' place on Earth that doesn't actually exist. If you were to list off a few of the world’s most popular places, you’d probably name something like Stonehenge or the Great Pyramids. 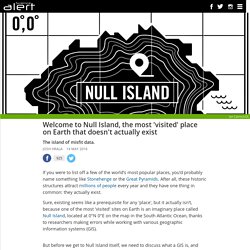 After all, these historic structures attract millions of people every year and they have one thing in common: they actually exist. Sure, existing seems like a prerequisite for any 'place', but it actually isn’t, because one of the most 'visited' sites on Earth is an imaginary place called Null Island, located at 0°N 0°E on the map in the South Atlantic Ocean, thanks to researchers making errors while working with various geographic information systems (GIS). One in Every 600 Websites Has .git Folder Exposed, How to Check Yours and Hide It. Security researcher Jamiem Brown, as a part of his personal project, collected and build a database of about 1.5 million big and respected websites. 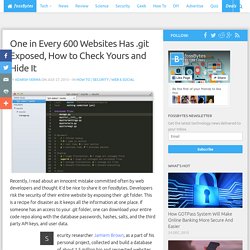 Most of these websites were trusted news websites, educational, or government domain websites- or they were backlinked by such websites. To his surprise, he found that out of the 1.5 million websites, 2,402 have committed the crime of exposing their .git folder- and thus they were downloadable. As mentioned above this downloadable .git folder contains all the website information and could be easily used to cause some serious damage. WebIDE - Firefox Developer Tools. WebIDE enables you to create, edit, run, and debug web apps using the Firefox OS Simulator or a real Firefox OS device. 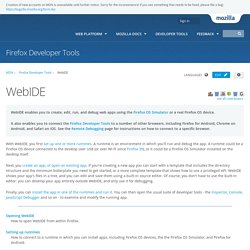 It also enables you to connect the Firefox Developer Tools to a number of other browsers, including Firefox for Android, Chrome on Android, and Safari on iOS. See the Remote Debugging page for instructions on how to connect to a specific browser. With WebIDE, you first set up one or more runtimes. A runtime is an environment in which you'll run and debug the app. A runtime could be a Firefox OS device connected to the desktop over USB (or over Wi-Fi since Firefox 39), or it could be a Firefox OS Simulator installed on the desktop itself. Next, you create an app, or open an existing app. Finally, you can install the app in one of the runtimes and run it. MDN Learning: A place to ratchet your Web development skills. Code.org. Codecademy. Eloquent JavaScript: A Modern Introduction to Programming. 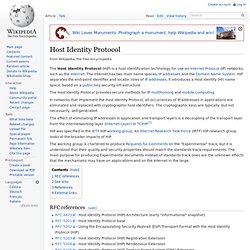 The effect of eliminating IP addresses in application and transport layers is a decoupling of the transport layer from the internetworking layer (Internet Layer) in TCP/IP.[1] HIP was specified in the IETF HIP working group. RFC references[edit] See also[edit] References[edit] External links[edit] Portal:Free software. Kerberos. From Wikipedia, the free encyclopedia. 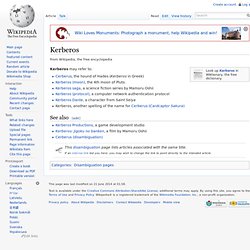 Private & Secure Data Storage for Business ↦ Home. Index of /rfc. Identity. From Wikipedia, the free encyclopedia Identity may refer to: Philosophical topics[edit] Personal conception and expression[edit] Specifications of persons[edit] Group expression and affiliation[edit] Christian Identity, a Christian religious movementCultural identity, person's self-affiliation (or categorization by others) as a member of a cultural groupIdentity politics, political arguments that focus upon the self-interest and perspectives of self-identified social interest groups or minoritiesNational identity, belief in membership of a nation Mathematics[edit] Business[edit] 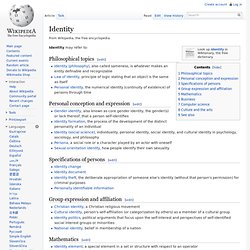 Namespace. In computing, a namespace is a set of symbols that are used to organize objects of various kinds, so that these objects may be referred to by name. 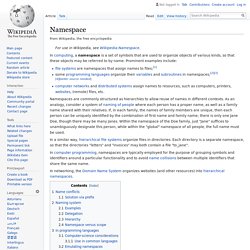 Prominent examples include: Namespaces are commonly structured as hierarchies to allow reuse of names in different contexts. Wing06.pdf. 8 Ways Anyone Can Learn To Code Their Own Software. There’s a lot of talk about hardware, devices, and tools for the classroom. But if we learned anything from yesterday’s WWDC Apple keynote, it’s that software is king. It’s what makes or breaks a new product or device. Gone are the days of hardware-first, software-second such as when phones with color screens were viewed as revolutionary.

Those days are gone. Now, customers want / demand the highest quality software all the time. Get Better At Programming.