Three Step Process. Set has the ankh in his hand, representing life, and Seti I is taking in the energy of Set via this communion. 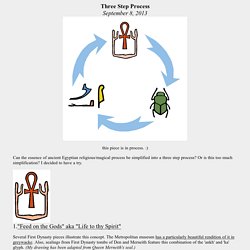 A king receiving life (excerpted from Wilkinson's illustration of Niuserre's relief at the Berlin museum (Reading Egyptian Art, page 176) While any deity can give life, Ma'at is an especially favored one to do so. Gathered Ancient Images of Set. BOOK: Images of Set: Changing Impressions of a Multi-faceted God NoAvailable at the publisher's siteAnd available at Amazon! 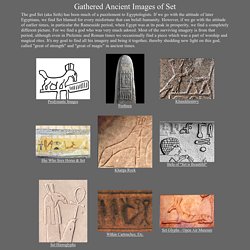 In gold we trust: How would Gebser trust? From monetary bodies to integrality. Dennis Merritt - Madison and Milwaukee Jungian Analyst and Ecopsychologist. Dark Goddes in the Transformation of Consciousness. Essential Books and Sources. Highly recommended reading for Feraferia: These are some of the books in the Feraferia Library (above). 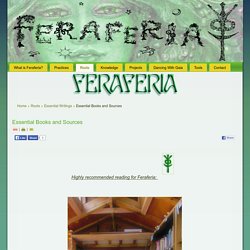 They are books which were especially influential in shaping Fred Adams' vision of Feraferia, plus a few more. The short book descriptions are by Jo Carson. Find out more about the Library here. Set, Ancient Egyptian God of Storms. Image © Heidi Kontkanen byCaroline SeawrightNovember 5, 2001 Updated: July 1, 2013 0 Comments. 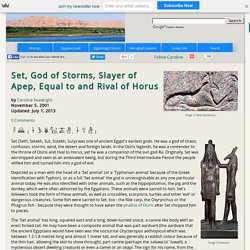 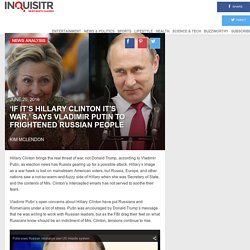 Hillary’s image as a war hawk is lost on mainstream American voters, but Russia, Europe, and other nations saw a not-so-warm-and-fuzzy side of Hillary when she was Secretary of State, and the contents of Mrs. Clinton’s intercepted emails has not served to soothe their fears. Susurros desde la Oscuridad: Nameless. Buddhism in a Nutshell by Ven Narada Thera. The Buddha • The Dhamma • Is it a Religion • Ethical System • Salient Features • Karma Rebirth • Dependent Arising • Anatta • Nibbana • Path to Nibbana • APPENDIX • NOTES. 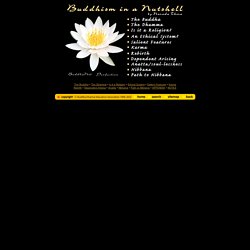 Buddhadasa Bhikkhu - THE THINGS WE CLING TO. What are we clinging to? 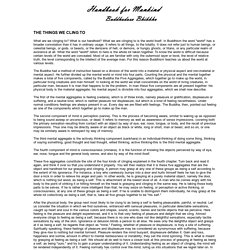 What is our handhold? What we are clinging to is the world itself. In Buddhism the word "world" has a broader connotation than it has in ordinary usage. It refers to all things, to the totality. The Mathisen Corollary. I fucking love Chaos Magick – Page 2 – "Nothing has Ultimate Truth; Anything remains Possible." Purpose: It is the intention of this working to create a particular type of servitor called a Watcher. 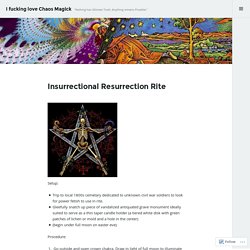 The Watcher’s function, as its name implies, is to act as guardian for its creator, functioning in effect as an extra pair of eyes. It may be bound to a particular place as a watchman, or may be of a more spatially general nature, per the specifications of the conjurer. Materials Needed: Octarine-colored lights & Ouranian Incense & Material from which to create a figurine (i.e., clay, wax, wood) & Glass container & A square of silk & Wrapping large enough to cover the glass container & Black electrical tape & A cigarette of any type. 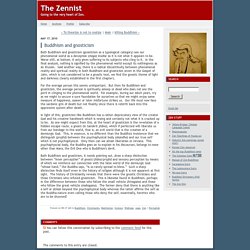 Worse still, at bottom, it only gives suffering to its subjects who cling to it. In the final analysis, nothing is signified by the phenomenal world except its nothingness as an illusion. Said another way, there is a radical discontinuity between phenomenal reality and spiritual reality in both Buddhism and gnosticism (even in the Gospel of John, which is not considered to be a gnostic text, we find the gnostic theme of light and darkness clearly established in the first chapter). For the average person this seems unimportant. Buddhism and Gnosticism. 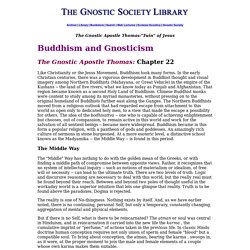 Buddhism in a Nutshell - Anatta. PADMASAMBHAVA: ENSEÑANZAS. Reading Sutras as a Spiritual Practice - from the Western Chan Fellowship. By Chan Master Sheng Yen A talk delivered at Tibet House in New York City, on 5 November, 1994 and edited by Linda Peer and Harry Miller, edited with permission for NCF by John Crook 1998. In this talk Shifu tells us about the traditional uses to which the Sutras are put in China. Some of us may like to make use of these methods. For Westerners Sutra reading is also important. In particular the oldest Sutras, the ones Ananda so carefully remembered and which begin: "Thus have I heard...

That is, and in the context of this theory, both terms refer to a posited continuum different from the causal continuum of observed phenomena; which causal continuum has been described in terms of a four-dimensional space-time; and knowledge of and understanding about which causal continuum can be obtained by means of sciences such as physics, astronomy, and chemistry. Essentially, therefore, acausality – as part of such a formal theory – is an axiom, a logical assumption, not a belief. This axiom about the nature of the cosmos is one that derives not from the five Aristotelian essentials that determine the scientific method, but from the intuition of empathy [2] and from deductions relating to observations of living beings.

To return to acausal energy. David Myatt 2010 Notes Related: The Khabs is in the Khu. (This essay is also available in printed form, and you can also download the PDF.) AL I, 8 is the first verse of many we come to in The Book of the Law that frankly looks odd. “Every man and every woman is a star” we can grasp. “Be thou Hadit, my secret centre, my heart & my tongue!” Emptiness. Emptiness (Skt. śūnyatā; Tib. Holon (philosophy) Information is not a difference. One Tool Among Many: The Place of Vipassana in Buddhist Practice.