Engineering Surveying, cadastral surveying, laser surveying, hydrographic surveying, mining surveying, land surveying. There are many specialisations within Surveying you can choose from, depending on your interests and whether you want to work in the city, country or coastal areas. 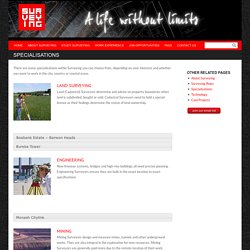 Land Surveying Land (Cadastral) Surveyors determine and advise on property boundaries when land is subdivided, bought or sold. Cadastral Surveyors need to hold a special license as their findings determine the status of land ownership. Engineering New freeway systems, bridges and high-rise buildings all need precise planning. Mining. STET Maritime - A Company of ST Electronics. MarineNav - Contact us. Sis_cube_about. About the implementation of CUBE in SIS The CUBE (Combined Uncertainty and Bathymetry Estimator) algorithm is developed at The Centre for Coastal and Ocean Mapping (C-COM)/Joint Hydrographic Centre (JHC) at University of New Hampshire. 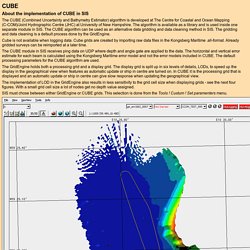 The algorithm is available as a library and is used inside one separate module in SIS. The CUBE algorithm can be used as an alternative data gridding and data cleaning method in SIS. The gridding and data cleaning is a default process done by the GridEngine. Cube is not available when logging data. The CUBE module in SIS receives ping data on UDP where depth and angle gate are applied to the data. The GridEngine holds both a processing grid and a display grid. Improving on CUBE for Bathymetric Modeling. In a previous post I briefly described a parallel processing approach to bathymetric estimation from soundings. 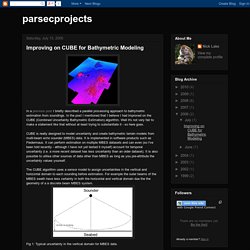 In the post I mentioned that I believe I had improved on the CUBE (Combined Uncertainty Bathymetric Estimation) algorithm. Well it's not very fair to make a statement like that without at least trying to substantiate it - so here goes. CUBE is really designed to model uncertainty and create bathymetric terrain models from multi-beam echo sounder (MBES) data. It is implemented in software products such as Fledermaus. Parsecprojects: Improving on CUBE for Bathymetric Modeling. Canadian Hydrographic Service. Preface The advent of satellite positioning, multi-transducer and multibeam echo sounding systems and sophisticated data processing tools have drastically modified the way hydrographic surveys are conducted. 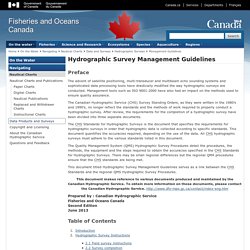 Management tools such as ISO 9001:2000 have also had an impact on the methods used to ensure quality assurance. The Canadian Hydrographic Service (CHS) Survey Standing Orders, as they were written in the 1980’s and 1990’s, no longer reflect the standards and the methods of work required to properly conduct a hydrographic survey. After review, the requirements for the completion of a hydrographic survey have been divided into three separate documents.

The CHS Standards for Hydrographic Surveys is the document that specifies the requirements for hydrographic surveys in order that hydrographic data is collected according to specific standards. This document makes reference to various documents produced and maintained by the Canadian Hydrographic Service. Table of Contents. Section 5: Theory, distribution and examples of survey error. Introduction This section may be described as ‘higher surveying? 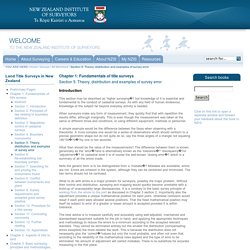 But knowledge of it is essential and fundamental to the conduct of cadastral surveys. As with any field of human endeavour, knowledge of the subject far beyond everyday activity is needed. When surveyors make any form of measurement, they quickly find that with repetition the results differ, although marginally. This is even though the measurement was taken at the same or different times and conditions, or using different equipment, methods or personnel. A simple example would be the difference between the faces when observing with a theodolite. What then should be the value of the measurements? Recent Proceedings. Tower Software Software Page. Online Navigation Software - Cable Management and Support This program is designed to carry out real-time data acquisition for Submarine Cable Installation (Surface Lay and Ploughing) and Repair/Maintenance, Plough/Burial Assessment Surveys (PAS/BAS), Route Clearance, Pre-Lay Grapnel (PLGR), Post Lay Inspection and Burial (PLIB), Shore-end and MOD operations. 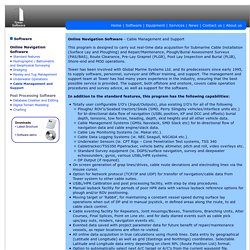 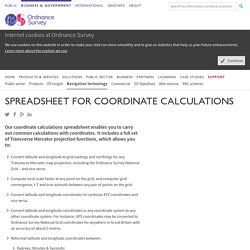 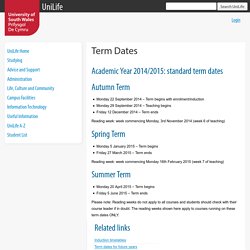 CHP Yearbook 2015.pdf. Sign up as an employer. HIGGS HYDROGRAPHIC TEK. HSL – Higgs Survey Launch. If you’re in the market for a safe, versatile and easy to operate small survey vessel, look no further. 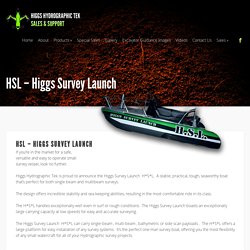 Higgs Hydrographic Tek is proud to announce the Higgs Survey Launch H*S*L. A stable, practical, tough, seaworthy boat that’s perfect for both single beam and multibeam surveys. The design offers incredible stability and sea keeping abilities, resulting in the most comfortable ride in its class. The H*S*L handles exceptionally well even in surf or rough conditions. The Higgs Survey Launch boasts an exceptionally large carrying capacity at low speeds for easy and accurate surveying. 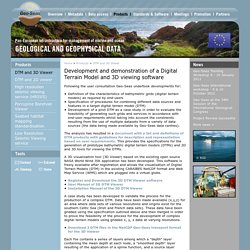 The analysis has resulted in a document with a list and definitions of DTM products with guidelines for description and representation based on user requirements. A 3D visualisation tool (3D Viewer) based on the existing open source NASA World Wind JSK application has been developed. Leaving Facebook... The World Coordinate Converter. Articles of the Hydrographic Service. Staff members of the Hydrographic Service regularly write articles for journals, some of which can be found elsewhere on the internet. The rest is available for download here. 'Charting a dynamic seafloor: how an excellent survey becomes a poor dataset, and what to tell the mariner'. Leendert Dorst, in: Lighthouse, edition 82 (May 2014). Archive.defra.gov.uk/environment/marine/documents/legislation/marine-ia-0410.

SEA LEVEL DATA FACILITY. Offshore_Fact_Sheet.pdf. Shallow Survey 2015 (14-18 September 2015, Plymouth, UK) Home. Data Integration for Coastal Surveying. Online-only Articles - Online-only 2009 Combining Laser Scanner and Bathymetric Sensor by Marco Bacciocchi, Paul Byham, and Dario Conforti When surveying the coastline, the integration of bathymetric (below sea level) and laser scanning (above sea level) data causes problems due to the different imaging properties. However, by ensuring that the different data sets have been accurately georeferenced and oriented, a complete and accurate model of the terrain above and below sea level can be obtained. This technique was employed to survey the area of Portovenere in Italy, including the San Pietro church located on a steeply sloping rocky promontory, with positional accuracies in the order of 5cm.

Current focus is on extending the concept globally for the offshore zone beyond 12 nautical miles from land. Coordinate systems at sea. For safe navigation at sea, it is important to know your position as well as the positions of obstacles. Positions are expressed in coordinates. Positions at sea are expressed in latitude and longitude, and height or depth with respect to a specified water level. Coordinates are only meaningful if you know the coordinate system they refer to.