Vs. those wascally Terrorists

Normalizing Torture. US Arms Arab Terrorists With Tanks, Fighter Jets, Helicopter Gunships: US Troops in Turkey at the Syrian Border. Obama has signed a secret order authorizing US support of the Free Syrian Army (FSA). 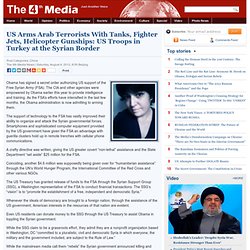 The CIA and other agencies were empowered by Obama earlier this year to provide intelligence and training. Congress Wants to See Obama's "License to Kill" Congress is finally standing up to President Barack Obama on targeted killing. 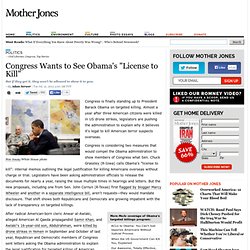 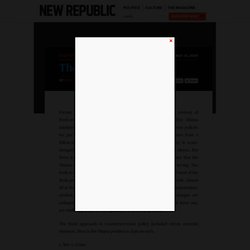 The Obama administration, he charges, has "moved to take down a lot of those policies we put in place that kept the nation safe for nearly eight years from a follow-on terrorist attack like 9/11. " Many people think Cheney is scare-mongering and owes President Obama his support or at least his silence. Obama’s embrace of Bush terrorism policies is celebrated as “Centrism” Most important, Goldsmith expresses admiration for Obama’s rhetorical and symbolic changes — such as Obama’s emphasis on obtaining Congressional support for Bush’s policies while highlighting his deep concern for “civil liberties” — because Goldsmith believes that Obama’s rhetoric vests Bush’s policies with more credibility, ensures more bipartisan and Congressional support for these policies, makes them more palatable to Democrats, and thus ensures that those policies will endure in a stronger and longer-lasting form: What’s most striking about the denial of so many Obama supporters about all of this is that Obama officials haven’t really tried to hide it. 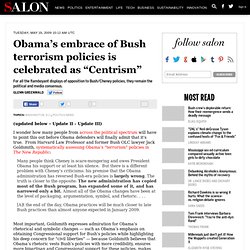 White House counsel Greg Craig told The New York Times‘ Charlie Savage back in February that Obama “is also mindful as president of the United States not to do anything that would undermine or weaken the institution of the presidency.” Creating a 'Gitmo North' an Alarming Step, Says ACLU. December 15, 2009 FOR IMMEDIATE RELEASE CONTACT: (212) 549-2666; media@aclu.org NEW YORK – The Obama administration announced today that it will purchase the Thomson Correctional Center in Illinois for the purpose of holding some of the detainees currently remaining at Guantánamo. 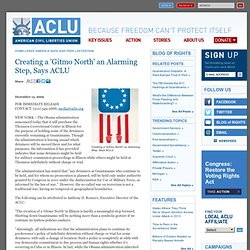 Though the administration is leaving unsaid which detainees will be moved there and for what purposes, the information it has provided indicates that some detainees might be held for military commission proceedings in Illinois while others might be held at Thomson indefinitely without charge or trial. The administration has stated that "any detainees at Guantánamo who continue to be held, and for whom no prosecution is planned, will be held only under authority granted by Congress in 2001 under the Authorization for Use of Military Force, as informed by the law of war. " However, the so-called war on terrorism is not a traditional war, having no temporal or geographical boundaries.

United States To Use Lie Detectors At Mexican Border. Classified in Gitmo Trials: Detainees’ Every Word. A shadow of a soldier next to a placard on the fence line of the 'Camp Five' detention facility of the Joint Detention Group at the US Naval Station in Guantanamo Bay, Cuba, Jan. 19, 2012. (Jim Watson, AFP, Getty Images) Update, Feb. 1, 2013: When a pretrial hearing for Khalid Sheikh Mohammed and four other alleged 9/11 plotters began this week, an unknown censor shut off the audio feed [1] from the courtroom even though no classified information was being discussed. Since 2002, The “Notorious US Human Rights Abuses” (i.e., Tortures) of 169 Young Arabs Continue in Guantanamo.

Hope Dies at Guantánamo The tragic case of Adnan Farhan Abdul Latif hit a dead end when the US Supreme Court issued an order refusing to hear his case last week. Latif, a Yemeni man, has been imprisoned at Guantanamo Bay since January 2002, after being detained while traveling to seek medical treatment. Latif had suffered serious head injuries as the result of a car accident in 1994, and the Yemeni government paid for him to receive treatment in Jordan at that time. But his medical problems persisted, and in 1999 Yemen’s Ministry of Public Health recommended that Latif undergo tests, therapy and surgical procedures at his own expense. Hiding 9/11′s last secrets. 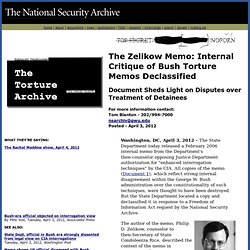 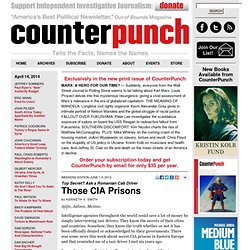 SMITH Ajijic, Jalisco, Mexico. Intelligence agencies throughout the world could save a lot of money by simply interviewing taxi drivers. Obama’s Leadership in War on Al Qaeda. Pete Souza/The White House President Obama in the Oval Office with Thomas E. 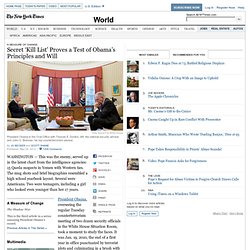 Donilon, left, the national security adviser, and John O. The Authoritarian Mind - Glenn Greenwald. (updated below – Update II) Yesterday, I wrote about the rotted workings of the Imperial Mind, but today presents a tragic occasion to examine its close, indispensable cousin: the Authoritarian Mind. 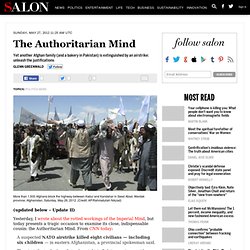 From CNN today: A suspected NATO airstrike killed eight civilians — including six children — in eastern Afghanistan, a provincial spokesman said. File Under WTF: Did the CIA Fake a Vaccination Campaign? A number of years ago, I was in New Delhi, at the end of an exhausting 18 hours in which I had torn around the city to watch a National Immunization Day. 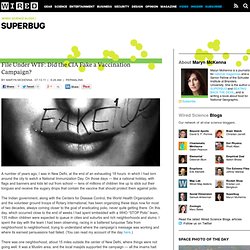 On those days — like a national holiday, with flags and banners and kids let out from school — tens of millions of children line up to stick out their tongues and receive the sugary drops that contain the vaccine that should protect them against polio. The Indian government, along with the Centers for Disease Control, the World Health Organization and the volunteer ground troops of Rotary International, has been organizing these days now for most of two decades, always coming closer to the goal of eradicating polio, never quite getting there. On this day, which occurred close to the end of weeks I had spent embedded with a WHO “STOP Polio” team, 135 million children were expected to queue in cities and suburbs and rich neighborhoods and slums.

War on Terror logic and the Saudis. Now, in sworn statements that seem likely to reignite the debate, two former senators who were privy to top secret information on the Saudis’ activities say they believe that the Saudi government might have played a direct role in the terrorist attacks. “I am convinced that there was a direct line between at least some of the terrorists who carried out the September 11th attacks and the government of Saudi Arabia,” former Senator Bob Graham, Democrat of Florida, said in an affidavit filed as part of a lawsuit brought against the Saudi government and dozens of institutions in the country by families of Sept. 11 victims and others.

Mr. Graham led a joint 2002 Congressional inquiry into the attacks. Exclusive Investigation: The Truth Behind the Official Story of Finding Bin Laden. Posters of 22 fugitives, including Osama bin Laden, line a wall at the FBI headquarters in Washington, October 10, 2001. (Photo: Stephen Crowley / The New York Times)A few days after US Navy Seals killed Osama bin Laden in a raid in Abbottabad, Pakistan, a "senior intelligence official" briefing reporters on the materials seized from bin Laden's compound said the materials revealed that bin Laden had, "continued to direct even tactical details of the group's management. " Bin Laden was, "not just a strategic thinker for the group," said the official. "He was active in operational planning and in driving tactical decisions. " U.S. has made war on terror a war without end. The Last Months of Osama bin Laden.

Karl Rove proud of using waterboarding and says it's not torture. Enhanced Interrogation Techniques: Little Evidence That Harsh Treatment Used By CIA Produced Any Counter-Terrorism Breakthroughs. Giant Mess O'Potamia - Slave Master of One - The Daily Show with Jon Stewart - 05/12/04. Selective bin Laden leaking. Earlier this week, an Obama-appointed federal judge ruled in favor of the government in a national security case (needless to say), when he denied a FOIA request to obtain all photos and videos taken during and after the raid in Pakistan that resulted in Osama bin Laden’s death.