The 7 Best Scotches to Gift This Holiday (2021) VinePair is ringing in the Holiday Cheers with a spotlight on the bottles we’re gifting (and hoping to receive) and a look inside some of our favorite holiday traditions and recipes — from elevated eggnog to all things bubbly. 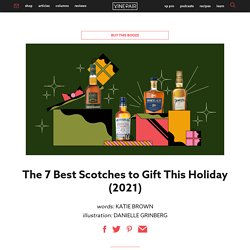 Plus, we’ll be reflecting on the past year in the beverage industry and shifting our focus to the drinks trends we expect to see in 2022. Beloved by collectors and generally appreciated by drinks enthusiasts, Scotch is revered across the world for its wide variety of styles from new and historic brands. Which is why, more often than not, a good bottle of Scotch is a solid option for gifting this time of year. With its often lengthy age statements, quality Scotch can cost a pretty penny — but of course, there are exceptions. From top-shelf bottles to impress the boss, to budget-friendly whiskies that offer a true bang for your buck, there’s likely a Scotch out there for everyone on your list this season. The Best Scotch of 2020 Subverted Expectations. Hello, Speyside. 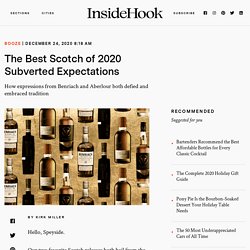 Our two favorite Scotch releases both hail from the northeast of Scotland, where roughly 60% of that country’s single malt whisky production takes place. No surprise there. What is a surprise? Neither expression is what you would expect. High Level Whisky Rules You Need To Know, According To Experts. Scotland has invented many fine things. 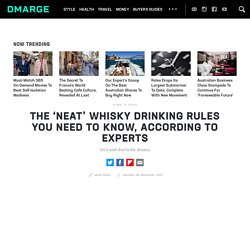 The steam engine, the telephone, the television, The Proclaimers… But the most important Scottish innovation would have to be whisky. Just about every culture on Earth has a long tradition of distilling alcohol, so it’s hard to say whether the Scots themselves invented whisky. Glenmorangie Allta Scotch Release 2019. "You can only use three ingredients to make Scotch: water, barley and yeast," Brendan McCarron, head of maturing whisky stocks at Glenmorangie, explains. 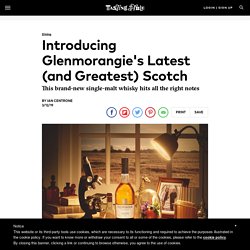 One might think the straightforward recipe would limit producers, yielding a homogeneous landscape of virtually identical blends. But the simple guidelines, written and enforced by the Scotch Whisky Association, have created the opposite effect. Glenmorangie was founded in 1843, and has built a solid reputation for being an inventive innovator in the space. For nearly 25 years, the iconic Scottish distillery has been led by Dr. Lidl's Queen Margot Named World's Best Scotch - World's Best Scotch Costs Less Than $18. Laboratory Finds 21 of 55 'Rare' Scotch Whiskies to be Fake. Twenty-one out of 55 bottles of “rare” Scotch whiskies tested at a specialist laboratory in Scotland have been discovered to be fake. 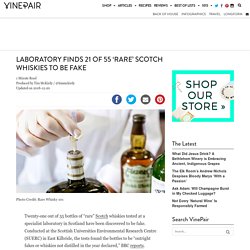 The Best Scotch Under $100. The Best Cheap Scotch: 2018. The Best High-Roller Scotch. 5 Essential Scotch Bottles You Need for Your Home Bar. This $17.50 whisky has been named among the best in the world. Aldi Budget supermarket Aldi won two gold medals at an international spirits award for its Scotch whiskies.Aldi's £12.99 ($17.39) Highland Black beat out competition which retails at nearly three times the price.The whiskies also won six silver medals at the International Spirits Challenge earlier this year. 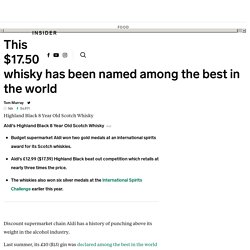 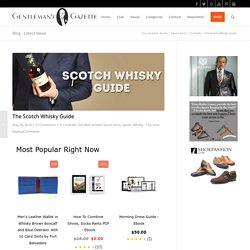 Best Cheap Scotch Under $50. We Tasted Trader Joe’s Single Malt Irish Whiskey to Find Out If It’s Worth It. Ah, Trader Joe’s, how we love you. 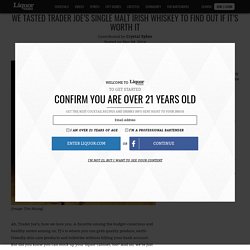 A favorite among the budget-conscious and healthy eaters among us, TJ’s is where you can grab quality produce, earth-friendly skin care products and toiletries without killing your bank account. But did you know you can stock up your liquor cabinet, too? And no, we’re just talking about Two-Buck Chuck. We mean the hard stuff, folks. Most of you already know Trader Joe’s sells some good liquor brands (including Bulleit, Milagro and Hendrick’s), but some may not know there are also Trader Joe’s branded spirits. To answer that question, we paired up with Crystal Chasse from San Francisco’s Blackbird and Dirty Habit and tasted them one by one. Off the nose, Chasse smelled some candied orange, caramel and a bit of Earl Grey tea.

Verdict: Good, will drink again. Best Scotch Under $100. Best Expensive Scotch You Can Buy. The Ultimate Single Malt Whisky Flavor Map [Infographic] How to Drink Scotch According to a Scottish Bartender. Scotch can be a difficult drink for Americans to get into. 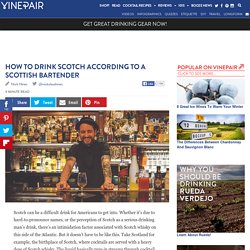 Whether it’s due to hard-to-pronounce names, or the perception of Scotch as a serious drinking man’s drink, there’s an intimidation factor associated with Scotch whisky on this side of the Atlantic. But it doesn’t have to be like this. Take Scotland for example, the birthplace of Scotch, where cocktails are served with a heavy dose of Scotch whisky. The liquid basically runs in streams through cocktail programs across Edinburgh.

And the Scottish believe that Scotch is for everyone. “There’s no restrictions on getting into Scotch whisky,” Jon Linstead, a bartender and bar manager in Edinburgh, Scotland, tells me. His name is Jon, but his friends call him Jonny, and he comes off like a man who lives and breathes cocktail culture. I’m sitting across the bar from Linstead at the Voodoo Rooms cocktail bar in Edinburgh. So, without further ado, here are the four ways to drink Scotch according to a Scottish bartender. The Secret to Picking a Good Scotch Whisky. Picking out a Scotch whisky from a wall of names you have no chance of correctly pronouncing can be intimidating. 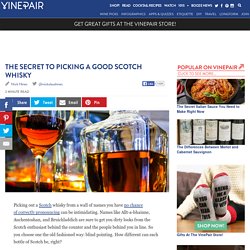 Names like Allt-a-bhainne, Auchentoshan, and Bruichladdich are sure to get you dirty looks from the Scotch enthusiast behind the counter and the people behind you in line. So you choose one the old fashioned way: blind pointing. 10 Best Scotches Under $100: Holiday 2016. Login I forgot my password Don't Have an Account? Signup Sent! Please check your email for a link to reset your password. Personalize your experience Date of Birth Thanks! Congratulations! Coolmaterial. Review: The Balvenie 15 Year Single-Barrel Sherry Cask. The Balvenie distillery is located in the burgh of Dufftown in Moray, Scotland — in the Speyside region at the north end of the country — and produces some of the most popular whisky on the planet.

Both The Balvenie‘s delectable and pricey 21 Year Old Portwood and their more affordable DoubleWood are highly respected, much-enjoyed single malts. But if you’re in the market for something a bit different, their newly released 15 Year Single Barrel Sherry Cask is richly rewarding aesthetically and on the palate. MORE WHISK(E)Y Lessons in Whisky, Taught by the Scots | Bourbon Terms, Explained by the Pros | Best 12-Year Japanese Whiskeys This rendition of their 15 Year Old is a significant departure from their previous oak-matured version and a well-executed replacement that bears more character than its forbearer thanks to 15 years of aging in Oloroso Sherry casks. 10 Best Scotches Under $100. Here once was an indecisive man stranded in the middle of Scotland. From where he stood, he could set off in any direction and find good Scotch: straight south to the light, fresh Lowlands; straight north to the fruity Highlands; up to the caramel-y region of Speyside in the northeast; or down to peaty, seaweed-y Islay off the southwest coast.

Just before he could set off, though, a man behind him asked him to move his shopping cart. How to Buy Scotch Whisky. In this installment of our whisky guide, we’re going to focus on how to buy whisky at the store and online. In past guides, we’ve covered Scotch for Beginners, how it’s made, how to properly drink it and the various regions, as well as many other aspects of whisky. Whisky Flavors by Region Buying Whisky. The 10 Best Bourbons Not From Kentucky. It might seem like blasphemy, but technically bourbon can be made in other states besides Kentucky. There’s even a well-known dispute as to whether the name comes from Bourbon Street in New Orleans or Bourbon County in Kentucky.

Obviously, most of the best bourbons come from Kentucky—this is where Jim Beam, Wild Turkey, Maker’s Mark and Woodford Reserve are located—but legally, the whiskey only needs to be made in the United States to be categorized as bourbon. It also must be made from a minimum of 51% corn in new, charred American oak casks. Although the folks who make Buffalo Trace, Bulleit and Four Roses make excellent bourbon, there are many other great bourbons made all over the country.