In China, a little-known EV maker is leaving Tesla in the dust. Since last July, a little-known automaker in China’s southwest has dominated the world’s largest electric car market, outselling bigger players and even Tesla Inc. almost every month with a tiny, bare-bones EV that starts at just $4,500. 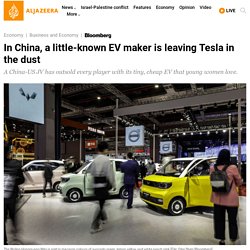 The Hongguang Mini is the brainchild of SAIC-GM-Wuling Automobile Co., a joint venture between SAIC Motor Corp. and Guangxi Automobile Group Co., two state-backed automakers, and U.S. giant General Motors Co. Based in the city of Liuzhou, known for its limestone mountains and river-snail soup, the company — which has sold some 270,000 of the cars within nine months, making it the best-selling EV in China — has even bigger ambitions for the future.

It’s aiming for annual sales of 1.2 million vehicles next year, almost equal to the number of EVs churned out by China’s carmakers in 2020 combined. First Formula E Race On A Traditional Circuit Ends With Half The Grid Entirely Out Of Power. Say what you will about Formula E, but the energy management portion of each event provides a special form of strategy that you don’t see anywhere else. 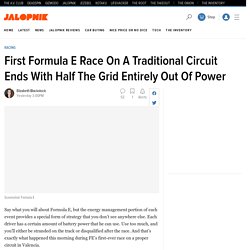 Each driver has a certain amount of battery power that he can use. Use too much, and you’ll either be stranded on the track or disqualified after the race. And that’s exactly what happened this morning during FE’s first-ever race on a proper circuit in Valencia. But there’s an added monkey wrench in this whole situation, too: when a safety car comes out, the FIA automatically subtracts a preset amount of energy from each battery so that no one ends up with a surplus of power. And with four safety cars during this event, any small error on the part of the FIA could result in a seriously disastrous race finish from teams who didn’t calculate their power strategy properly. The MG Cyberster Concept Is Mostly About Its Grille. The MG Cyberster is an all-electric concept that has, depending on your eye, one of the most repulsive or intriguing grille designs I think I have ever seen. 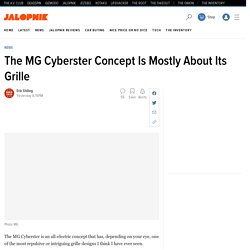 MG is now owned by the Chinese automaker SAIC, and it’s hard to know if this will ever really get made to compete with cars like the Porsche Taycan or the upcoming Tesla Roadster. But for now it is a real object, here to be discussed and critiqued. MG even gave hypothetical performance numbers, which is slightly unusual for a concept this early on, but I’ll pass them along here and consider them with a large grain of salt.

MG says that the car will go zero to 62 mph in under three seconds and have a range of 500 miles. Polestar plans to release a climate-neutral EV by 2030. I Don't Need A Volkswagen ID.3 Convertible, But I'll Take It. I’m not going to pretend to be excited about the prospect of a convertible Volkswagen ID.3, something teased by VW Group chairman, Herbert Diess, on Twitter in the form of a bright, pseudo-impressionistic render. 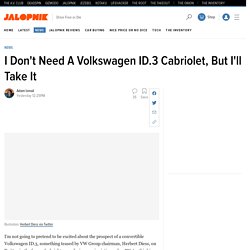 “We‘re thinking about an e-convertible,” Diess writes, describing it with adjectives like “quiet,” “smooth” and “open” before asking followers what they think. His colleague, Volkswagen passenger car CEO Ralf Brandstätter, teased the same possibility on LinkedIn of all places, saying that the company is “pondering how to turn this attractive concept into reality.” Though, you get the impression that if the car’s already being teased, it’s probably already been green-lit. Volkswagen's All-Electric ID.R Set Another New Track Record Without Even Trying. Volkswagen has basically set the standard for electric performance with its ID.R prototype. 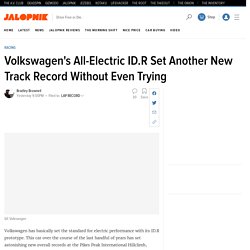 This car over the course of the last handful of years has set astonishing new overall records at the Pikes Peak International Hillclimb, China’s Tianmen Mountain, and the Goodwood Festival of Speed hillclimb. It also holds the electric record for a lap time at the Nurburgring Nordschleife. It’s fast, like ridiculously fast. Oh Hell Yeah. Just a few months after Ford announced the all-electric drag racing Mustang Cobra Jet 1400 it has delivered on its promised 8-second quarter mile time. 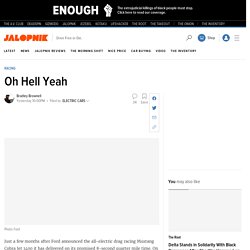 On the first day of the NHRA U.S. Nationals in Indianapolis this weekend Ford rolled out the EV monster for a stonking great run. How quick? 8.27 seconds at 168 miles per hour. Hell yeah! Big power electric motor mavens Cascadia Motion worked with Ford Performance to provide power to the Cobra Jet 1400—which incidentally has been tested up to 1502 wheel horsepower, 100 more than expected. Unboxing The World's Cheapest New Car Reveals It's So Much Better Than You Think. This Is How Much Quicker the Electric VW I.D. R Is Than a McLaren 720S. Despite this, the Volkswagen actually makes less power and torque than the McLaren, 680 horsepower and 479 pound-feet of torque versus the McLaren's 710 hp and 568 pound-feet at 5,500 rpm. 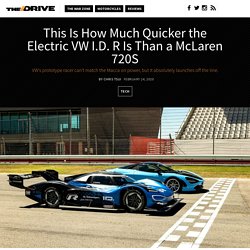 Of course, the I.D. R compensates by doling out its electric torque much, much earlier, weighing almost 700 pounds less, and not having to abide by road-worthy safety regulations or a six-figure production car's relatively paltry manufacturing budget. After his time with the I.D. R, Harris said it was the only car to ever make him sick, not just from the ridiculous G-forces but also possibly as a result of being around so much electricity. It sounds like the current, professional consensus is that the radiation from electric vehicles isn't a significant health concern but then again, the I.D. Got a tip? Watch A New Electric Supercar Smoke A Tesla In A Drag Race. Lotus Evija electric hypercar aims just shy of 2,000 horsepower. Volkswagen obliterates Nürburgring electric record by over 40 seconds. Garage italia announces e-icon project turning vintage autos into electric cars. Milan-based creative agency garage italia has announced a project that will see it electrify classic cars in a bid to safeguard them for the future. in doing so, the company wants to bring back iconic car spirit, making much-loved models contemporary, usable and fun. 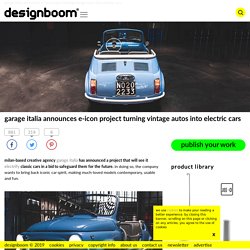 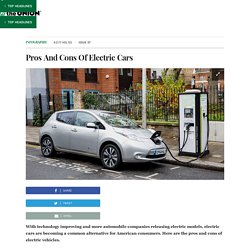 Here are the pros and cons of electric vehicles. Nine Reasons Formula E Is Way Badder-Ass Than Expected. After years of wanting to lay down in NYC, the FIA Formula E Qualcomm New York City finally descended upon Brooklyn earlier this month. 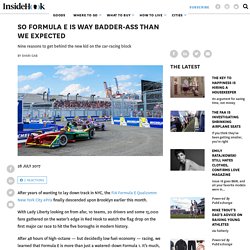 With Lady Liberty looking on from afar, 10 teams, 20 and some 15,000 fans gathered on the water’s edge in Red Hook to watch the flag drop on the first major car race to hit the five boroughs in modern history. SONDORS Electric Car. In less than 24 hours, you have invested over $150,000, blowing right past our minimum goal. It’s just incredible what we can accomplish together, and I am so honored that so many have decided to join us. I believe that together we can really change the industry. I appreciate your belief in SONDORS and in our mission to build the most attractive, affordable, and practical electric car ever! Smart brings Electric Drive to all its city cars. The last generation ForTwo was available with electric power, but Smart has delved much deeper into the world of batteries with its latest offerings.

Along with the tiny ForTwo, theForTwo Convertible and ForFour will also come in Electric Drive form, making Smart the only manufacturer worldwide to offer its entire range with internal combustion and pure electric offerings. What's more, the death of the Tesla Roadster makes the ForTwo Cabrio the only electric convertible on the market. All three models are powered by the same electric motor putting out 60 kW (81 hp) of power, and there's 160 Nm of torque on tap from standstill. Flat out in all three models, you'll be doing an (electronically governed) 130 km/h (81 mph), while the 100 km/h (62 mph) sprint takes 11.5 seconds in the ForTwo, pushing out to 12.7 seconds in the heavier ForFour. That's not quick, but that's not really the point here. Charging takes six hours on a standard European/UK home plug, or twelve using an American plug. Mini presents Superleggera Vision electric roadster concept at Salon Privé - Images.

The Mini is an iconic car and has been through countless guises since its launch in 1959. Its Superleggera Vision concept gives the marque a sporty and environmentally sound lease of life. Mini has provided some more details about the car and is showing it off at the UK's Salon Privé motorshow. View all. Volar-e prototype electric sports car unveiled. Spanish engineering company Applus+ Idiada has officially unveiled its Volar-e supercar prototype at the Circuit de Catalunya during the F1 Test Days in Barcelona. Developed for the European Commission and apparently based on the Rimac Concept One, the all-electric Volar-e boasts 0-100 km/h (0-62 mph) acceleration of 3.4 seconds, does the standing quarter-mile in 10.3 seconds, and reaches its top speed of 300 km/h (186 mph) in only 12.1 sec.