Galatea 2.2. Plot summary[edit] The main narrative tells the story of Powers' return to his alma mater – referred to in the novel as simply "U. 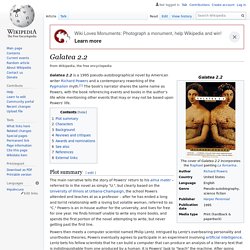 ", but clearly based on the University of Illinois at Urbana-Champaign, the school Powers attended and teaches at as a professor – after he has ended a long and torrid relationship with a loving but volatile woman, referred to as "C. " Powers is an in-house author for the university, and lives for free for one year. He finds himself unable to write any more books, and spends the first portion of the novel attempting to write, but never getting past the first line. Powers then meets a computer scientist named Philip Lentz. The novel also consists of extensive flashbacks to Powers' relationship with C., from their first meeting at U., to their bohemian life in Boston, to their move to C.' Alphaville (film) Alphaville combines the genres of dystopian science fiction and film noir. 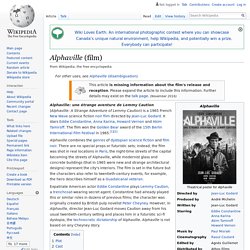 Northanger Abbey. Austen first titled the novel Susan, when she sold it in 1803 for £10 to a London bookseller, Crosby & Co.. 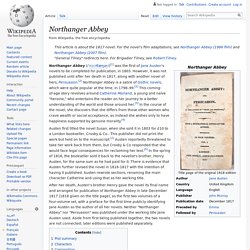 This publisher did not print the work but held on to the manuscript.[2] Austen reportedly threatened to take her work back from them, but Crosby & Co responded that she would face legal consequences for reclaiming her text.[5] In the spring of 1816, the bookseller sold it back to the novelist's brother, Henry Austen, for the same sum as he had paid for it. Gabriel García Márquez - Stephen M. Hart. Salman Rushdie. 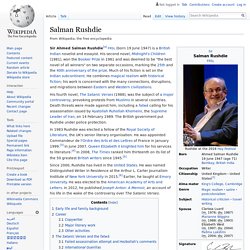 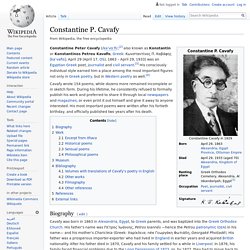 Καβάφης [kaˈvafis]; April 29 (April 17, OS), 1863 – April 29, 1933) was an Egyptian Greek poet, journalist and civil servant.[3] His consciously individual style earned him a place among the most important figures not only in Greek poetry, but in Western poetry as well.[4] Cavafy wrote 154 poems, while dozens more remained incomplete or in sketch form.

During his lifetime, he consistently refused to formally publish his work and preferred to share it through local newspapers and magazines, or even print it out himself and give it away to anyone interested. Yürüme. Atlar L Gider Kitaplar Her Yöne. Yazan: A. 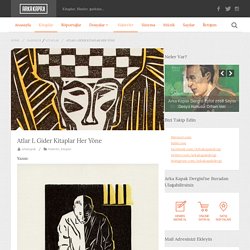 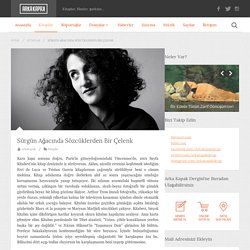 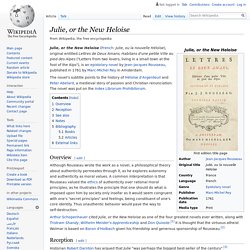 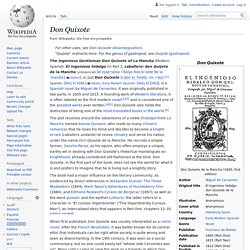 Published in two parts, in 1605 and 1615, Don Quixote is the most influential work of literature from the Spanish Golden Age and the entire Spanish literary canon. A founding work of Western literature, it is often labeled "the first modern novel"[2] and is sometimes considered the best literary work ever written.[3][4] When first published, Don Quixote was usually interpreted as a comic novel. After the French Revolution, it was better known for its central ethic that individuals can be right while society is quite wrong and seen as disenchanting. 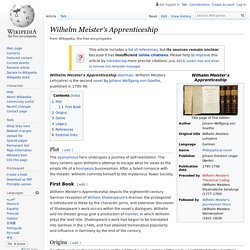 Plot[edit] The eponymous hero undergoes a journey of self-realization. The story centers upon Wilhelm's attempt to escape what he views as the empty life of a bourgeois businessman. Julie, or the New Heloise. The Life and Opinions of Tristram Shandy, Gentleman. Novel by Laurence Sterne The Life and Opinions of Tristram Shandy, Gentleman, also known as just Tristram Shandy, is a novel by Laurence Sterne. It was published in nine volumes, the first two appearing in 1759, and seven others following over the next seven years (vols. 3 and 4, 1761; vols. 5 and 6, 1762; vols. 7 and 8, 1765; vol. 9, 1767).

It purports to be a biography of the eponymous character. Its style is marked by digression, double entendre, and graphic devices. Sterne had read widely, which is reflected in Tristram Shandy. Synopsis and style[edit] "The Jack-boots Transformed into Mortars": Trim has found an old pair of jack-boots useful as mortars. As its title suggests, the book is ostensibly Tristram's narration of his life story. Narrative structure and reader involvement[edit] He relies heavily on his reader's close involvement to the text and their interpretations of the non-traditional plot. Techniques and influences[edit] Rabelais[edit] Ridiculing solemnity[edit] William James. William James (January 11, 1842 – August 26, 1910) was an American philosopher and psychologist, and the first educator to offer a psychology course in the United States.[5] James is considered to be a leading thinker of the late nineteenth century, one of the most influential philosophers of the United States, and the "Father of American psychology".[6][7][8]