What’s the Difference Between Buddhist Nothingness and Jewish Nothingness? - Chassidic Thought. EGYPTIAN POSTURES. Español -français -italiano Extract from Revised Edition of THE POWER OF BREATH by Humata Verlag, Switzerland in 1958 page principale ... mazdean science ...Health and breath culture For many years, and ever since the introduction of HEALTH AND BREATH CULTURE we have been prevailed upon to publish and illustrate EGYPTIAN POSTURES, that the farther advanced pupils may follow the trend of their promptings unto still higher attainments, since upon the Plains of Progression there can be no final, but a continuity of efforts. 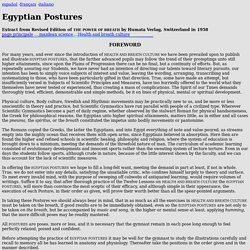 But, as repeatedly assuring our Students, we have never had an intention of directing our talents toward literary pursuits, our intention has been to simply voice subjects of interest and value, leaving the wording, arranging, transcribing and systematizing to those, who have been particularly gifted in that direction. In offering the EGYPTIAN POSTURES we hope to fill a long-felt want, meeting the demand in part at least, if not in whole. In an unexplained case, brain activity has been recorded as much as 10 minutes after death. Doctors in a Canadian intensive care unit have stumbled on a very strange case - when life support was turned off for four terminal patients, one of them showed persistent brain activity even after they were declared clinically dead. 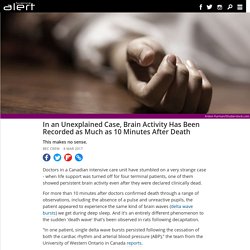 For more than 10 minutes after doctors confirmed death through a range of observations, including the absence of a pulse and unreactive pupils, the patient appeared to experience the same kind of brain waves (delta wave bursts) we get during deep sleep. Scientists are about to perform an Experiment to See if the Human Mind Is Bound by Physics. Spooky Action Perhaps one of the most intriguing and interesting phenomena in quantum physics is what Einstein referred to as a “spooky action at a distance” — also known as quantum entanglement. 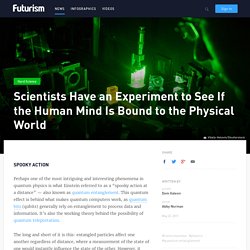 This quantum effect is behind what makes quantum computers work, as quantum bits (qubits) generally rely on entanglement to process data and information. It’s also the working theory behind the possibility of quantum teleportation. VIBRATIONS AND MAN’S RESPONSE – Esoteric Online. Both the ancient sages and modern scientists agree that everything in life is formed of vibrations. 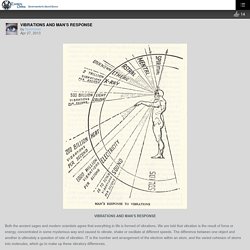 Scientists think they've pinpointed the group of brain cells that respond to meditation. For centuries, people have slowed their breathing to calm their minds. 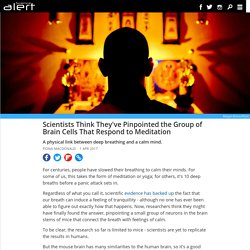 For some of us, this takes the form of meditation or yoga; for others, it's 10 deep breaths before a panic attack sets in. Regardless of what you call it, scientific evidence has backed up the fact that our breath can induce a feeling of tranquillity - although no one has ever been able to figure out exactly how that happens. Now, researchers think they might have finally found the answer, pinpointing a small group of neurons in the brain stems of mice that connect the breath with feelings of calm. To be clear, the research so far is limited to mice - scientists are yet to replicate the results in humans. But the mouse brain has many similarities to the human brain, so it's a good starting point that could begin to explain on a physical level how practices such as meditation and pranayama yoga can bring on feelings of calm and euphoria. 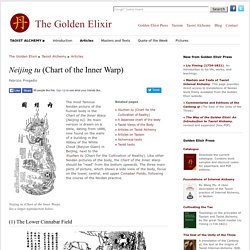 See a larger reproduction below. Druatch Runes - Kagiri Ushumgal. The following is the runes we use in Draconic Ritual. 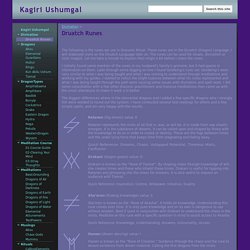 These runes are in the Druatch (Dragon) Language. Mannaz – Rune Meaning – Rune Secrets. “We are each a savior, each a god. 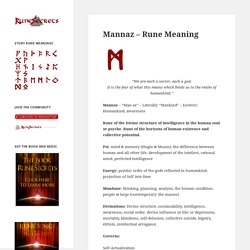 The Happiest People Don't Let Their Minds Wander, According to a Harvard Study. 5 Ways To Support Your Neurology. I know what the brain needs. 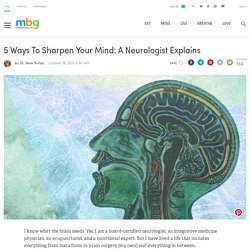 Yes, I am a board-certified neurologist, an integrative medicine physician, an acupuncturist, and a nutritional expert. But I have lived a life that includes everything from marathons to brain surgery (my own) and everything in between. Here are just five key pieces of advice I give my patients, my friends, and my family when they ask about how to sharpen their minds: 1.

Sleep The brain needs sleep. As the sun sets, start to allow your body and mind to settle as well in preparation for sleep.Optimize the chance for a restful sleep with a hot bath, chamomile tea, valerian tincture, and meditation. 2. Our bodies are meant to be in motion. New Measurements Show that the Unrealest Part of Quantum Physics Is Very Real. Subatomic particle-points in the quantum world like to behave as clouds of possibilities (waves) rather than points, a feature of “wave-particle duality,” and the interpretation of this is an open question and a source of great discomfort among physicists. 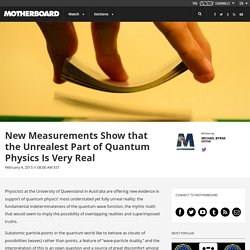 The new research suggests it may just turn out that weirdest part of it is really as strange and counterintuitive as it looks. Some background: Quantum physics and all of its apparent oddities and quirks boil down to waves. Reality, when left to its own devices, is indeterminate. Here and there are really probably here and probably there; is or isn’t is really probably is and probably isn’t. Image: uoregon.edu All of this probability is given by wave functions, which are really, truly the most important thing. Neuroscientist Describes Documented Cases Of Humans “Flying” Outside Of Their Body. Scientific knowledge is expanding every day at an exponential rate, and the implications of new developments, particularly those that challenge the current framework regarding the true nature of reality, are far-reaching indeed.

One area that continues to become a focal point of study for many physicians and neuroscientists is the relationship between mind, brain, and consciousness. Is the brain a receiver of consciousness, or is consciousness a product of the brain? Although science has not yet shown with absolute certainty that consciousness exists separately from our physical organs, there is a lot of evidence (both anecdotal and scientific) which indicates that consciousness is something completely separate – that it continues on even after we have deceased, that it is and can be a separate “thing” from the brain.

Metacognitive diversity: An interdisciplinary approach. This Shows Why We Are Living In The Most Important Time Of Human History. What does world revolution, quantum physics, solar and cosmic rays, ancient wisdom, sustainability, free energy and metaphysics all have in common? The Collective Evolution III: The Shift brings together all of it in the final film of The Collective Evolution documentary series. For two and a half years this documentary went through the stages of creation and is now released for free on YouTube for everyone to watch.

Since ideas first started coming together for this film, I knew it was going to be something special in that it would set out to not only prove that we are living in unprecedented times but that it would engage people in getting involved and embracing the shift that makes its way across the consciousness’ of everyone on the planet. This Shows Why We Are Living In The Most Important Time Of Human History. Mantak Chia (YouTube) Why we procrastinate by Vik Nithy @ TEDxYouth@TheScotsCollege. Down The Rabbit Hole We Go! 300+ Mind Expanding Documentaries. The Effect Music Has On The Brain. Contrary to popular beliefs, music is just more than sweet candy to our ears. It feeds our minds as well. Whether you are into the upbeat tunes of Lady Gaga, or the tongue-twisting jams of Jay-Z, you will be glad to know that music has profound effects on the brain.

If you have an anxiety disorder, by which I mean anxiety that interferes with your ability to live a normal life, you should get help -- this is a highly treatable problem.