What Nobel Prize winners do with crayons - Holy Kaw! When was the last time you picked up a pack of crayons and went to town? 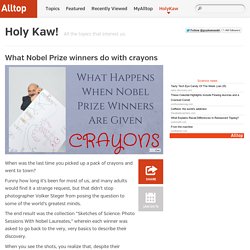 Funny how long it’s been for most of us, and many adults would find it a strange request, but that didn’t stop photographer Volker Steger from posing the question to some of the world’s greatest minds. The end result was the collection “Sketches of Science: Photo Sessions With Nobel Laureates,” wherein each winner was asked to go back to the very, very basics to describe their discovery. When you see the shots, you realize that, despite their accomplishments, they’re still just kids at heart.

See the full collection here. Bruce A. Full story at LiveScience. The playful side of science. Made with Code_Google. The Mimi Foundation's 'If Only For A Second' The Belgian charity the Mimi Foundation told 20 cancer patients they would give them makeovers. 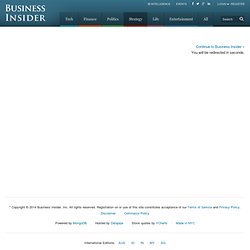 All that was required of them was to keep their eyes closed to make the reveal more exciting. The patients expected that when they opened their eyes, they would look beautiful — but they got something else completely. The first 1:30 of this video may seem straight out of a clichéd charitable makeover video. "La creatividad se aprende igual que se aprende a leer". 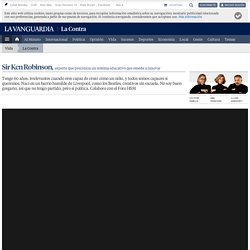 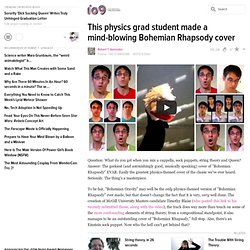 It should be yarn, obviously. Also, the Big Bang sounds like the current equivalent of the turtle swimming in an eternal sea. On his back there are four pillars. Atop the pillars is an elephant, and carried on the elephant's back is the half-globe that is our world. Nobody's been able to answer to my satisfaction the question of what banged, and where the hell it came from. Presuming that wasn't meant to be taken satirically, it's not as much a big bang as it is a rewinding of the tape thing, we know the universe is expanding, so we presume it had to have had a point were it started expanding, now into what it is expanding, and from were the original energy came from, those are still unanswered questions. 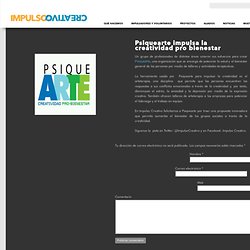 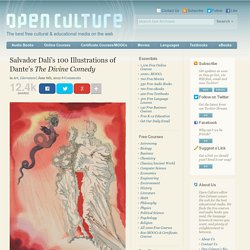 The illustrations were to be finished by 1965, the 700th anniversary of the poet’s birth, and then reproduced and released in limited print editions. The deal fell apart, however, when the Italian public learned that their literary patrimony had been put in the hands of a Spaniard. Undeterred, Dalí pushed forward on his own, painting illustrations for the epic poem that collectively recount Dante’s symbolic travels through Hell, Purgatory and Heaven. After Dalí did his part, the project was handed over to two wood engravers, who spent five years hand-carving 3,500 blocks used to create the reproductions of Dalí’s masterpiece. Almost 50 years later, print editions can still be purchased online. Soy un 20% creatividad.

- StumbleUpon. Most Popular of All Time. See also: the most popular from the last 30 days. David Vanderbyl Only a few blocks from home my 3-year-old brother opened the rear door of our family's Dodge Polara, and quick as a wink he was gone. tags: childhood drama [add] 2006-09-02 19:10:06 / Rating: 7330.25 / ferdinandthebull When I was 5 or so my mom would tell me to lie down before she tied my tie and I just now realized at the age of 19 that she did this because she's a funeral director. tags: funeral disenchanted humor [add] 2008-04-08 16:46:37 / Rating: 7305.5 / What are the odds? I knew God had a sense of humor when I hesitantly answered the ringing K-Mart payphone, only to hear my best friend, who had misdialed my home phone number, on the other end.