Why we should place more value on the company of elders. "It's callous to expect people to work their entire lives, only to be shunted away in old age. 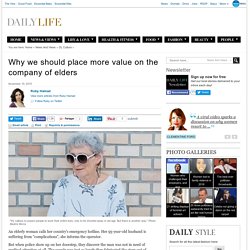 But there is another way. " Photo: Beatrix Boros An elderly woman calls her country's emergency hotline. The Cognitive Burden of Poverty - The Psych Report. Photo Credit: Eric Pouhier Nobody is perfect. 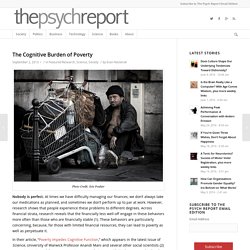 At times we have difficulty managing our finances, we don’t always take our medications as planned, and sometimes we don’t perform up to par at work. However, research shows that people experience these problems to different degrees. Across financial strata, research reveals that the financially less well-off engage in these behaviors more often than those who are financially stable (1). These behaviors are particularly concerning, because, for those with limited financial resources, they can lead to poverty as well as perpetuate it.

In their article, “Poverty Impedes Cognitive Function,” which appears in the latest issue of Science, University of Warwick Professor Anandi Mani and several other social scientists (2) suggest poverty, and the ever-present concerns that come with it, places an undue burden on an individual’s limited mental resources. Understanding the Victim Archetype : Susanna Barlow. Understanding the Victim Archetype. 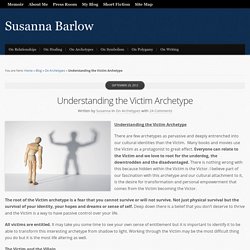 The Bravery of Being Seen. The Yew Mysteries and Sacred Yew Institute. Discussing Past Suicide Attempts, Cincinnati President Aims to Lessen Stigma. Lisa Ventre Santa Ono, president of the U. of Cincinnati: "I felt a great weight lifting off of my shoulders in, for the first time, really talking about my own battles with mental illness and my own suicide attempts. 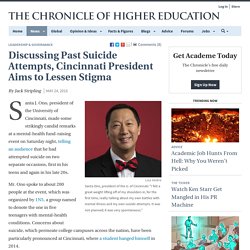 It was not planned; it was very spontaneous. " Santa J. Ono, president of the University of Cincinnati, made some strikingly candid remarks at a mental-health fund-raising event on Saturday night, telling an audience that he had attempted suicide on two separate occasions, first in his teens and again in his late 20s. Mr. Mr. Human brain hard-wired for rural tranquillity. Humans may be hard-wired to feel at peace in the countryside and confused in cities – even if they were born and raised in an urban area. 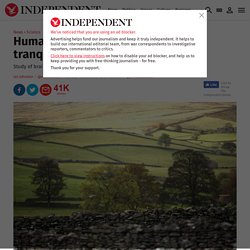 According to preliminary results of a study by scientists at Exeter University, an area of the brain associated with being in a calm, meditative state lit up when people were shown pictures of rural settings. But images of urban environments resulted in a significant delay in reaction, before a part of the brain involved in processing visual complexity swung into action as the viewer tried to work out what they were seeing. The study, which used an MRI scanner to monitor brain activity, adds to a growing body of evidence that natural environments are good for humans, affecting mental and physical health and even levels of aggression.

Dr Ian Frampton, an Exeter University psychologist, stressed the researchers still had more work to do, but said they may have hit upon something significant. Truth – Mike Kuplevatsky. A man is measured by the quality of his friends and the choices that he makes when all hope seems to be lost. 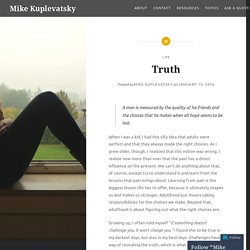 When I was a kid, I had this silly idea that adults were perfect and that they always made the right choices. As I grew older, though, I realized that this notion was wrong. I realize now more than ever that the past has a direct influence on the present. We can’t do anything about that, of course, except try to understand it and learn from the lessons that pain brings about.

I've been sexually abused - an anonymous story - RRRepeat. This will be an extensive series of posts about sexual exploitation to create awareness around the subject, but most important, discussion.

I invite you to share your opinions and experiences on the comments or through e-mail. For the record, I’m not the author of this story. I’d like to thank Timeless Wheel for her courage and inspiring words. The series will be divided into four sections: I. Identifying the Problem, II. Truth – Mike Kuplevatsky. Survival – Mike Kuplevatsky. Success and fear and stuff « Cristian Mihai. Most people like to believe talent, hard work, and luck are among the determining factors of success. 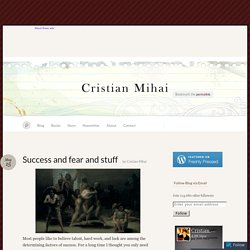 Where to Find Wisdom in the Body. Many cultures consider the human heart to be the seat of wisdom. 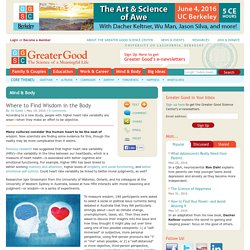 Now scientists are finding some evidence for this, though the reality may be more complicated than it seems. Previous research has suggested that higher heart rate variability (HRV)—the variability in the time between our heartbeats, which is a measure of heart health—is associated with better cognitive and emotional functioning. For example, higher HRV has been linked to better working memory and attention, higher levels of empathy and social functioning, and better emotional self-control. 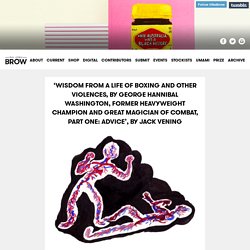 Human brain hard-wired for rural tranquillity. Mutiny of the Soul. Depression, anxiety, and fatigue are an essential part of a process of metamorphosis that is unfolding on the planet today, and highly significant for the light they shed on the transition from an old world to a new. When a growing fatigue or depression becomes serious, and we get a diagnosis of Epstein-Barr or Chronic Fatigue Syndrome or hypothyroid or low serotonin, we typically feel relief and alarm. Indigenous people see land as inseparable from spirituality. The Truth and Reconciliation Commission has opened a lot of Canadians’ eyes to the realities of historical and contemporary life for indigenous Canadians. Yet even before that seminal — and hopefully nation-altering — process and report Canadians were deeply impacted by a primary value of this land’s original inhabitants. As you read this, Rev. Ray Aldred is probably unpacking boxes, making the move from Calgary to Vancouver, where he’ll be the director of the indigenous studies program at the Vancouver School of Theology (VST).

Aldred, a status Cree from northern Alberta and a United Church minister, thinks something uniquely Canadian — which most of us probably intuitively know but do not properly attribute — comes from our indigenous fellow Canadians. “I think in Canada people intuitively want to believe that the land is special,” Aldred told me by phone while preparing to put his Calgary house on the market. Researchers Map Body Areas Linked to Specific Emotions. In the Absence of the Village, Mothers Struggle Most - Free Range Child — Over Grow The System. “Tits” - Sociological Images. Assigned: Life with Gender is a new anthology featuring blog posts by a wide range of sociologists writing at The Society Pages and elsewhere. To celebrate, we’re re-posting four of the essays as this month’s “flashback Fridays.”

Enjoy! Future - Can we sense invisible magnetic fields? Abusive parents: What do grown children owe the mothers and fathers who made their childhood a living hell? Mind - When Parents Are Too Toxic to Tolerate. A Toast to All the Brave Kids Who Broke Up with Their Toxic Moms.