Talks on how games can improve your life. PULP-O-MIZER: the custom pulp magazine cover generator. In Chile, sports goods are paid for with exercise. Health & Wellbeing Lifestyle & Leisure Marketing & Advertising Retail Getting consumers to exercise is much easier when there’s an incentive, and especially if it’s a financial one. 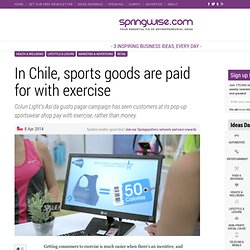 Chile-based dairy brand Colun Light has taken this on board with its Así da gusto pagar campaign, which saw customers at its pop-up sportswear shop pay with exercise, rather than money. Passersby entering the store were able to browse a range of sports equipment and clothes before taking the item to the till. However, instead of a monetary figure, customers were told that the item would cost them a certain number of calories. They were then directed towards a treadmill, where they could ‘pay off’ the cost of the goods by running for long enough to achieve the lost calories. The Power of the Prize. They gave the world guns and butter -- specifically, the AK-47 and margarine. 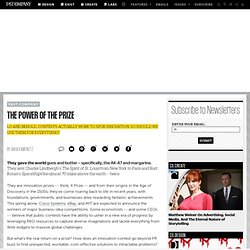 They sent Charles Lindbergh's The Spirit of St. Louis from New York to Paris and Burt Rutan's SpaceShipOne almost 70 miles above the earth -- twice. Seth Priebatsch: The game layer on top of the world. Pawned. - coding conduct. Pawned. 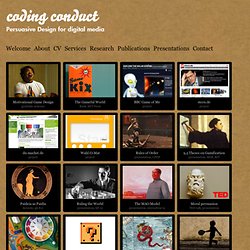 Pawned. Gamification and Its Discontents. Presentation, Playful 2010, September 24, 2010, London, UK. Persuasive Games: Exploitationware. In the meantime, there's another lesson to learn from Frank Luntz: don't let the opposition set the terms of the debate. 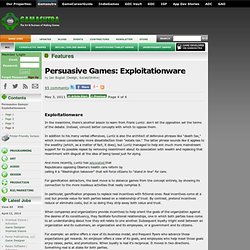 Instead, concoct better concepts with which to oppose them. In addition to his many verbal offensives, Luntz is also the architect of defensive phrases like "death tax," which invokes considerably more dissatisfaction than "estate tax. " The latter phrase sounds like it applies to the wealthy (which, as a matter of fact, it does), but Luntz managed to help win much more mainstream support for its possible repeal by removing resentment about its association with wealth and replacing that resentment with disgust at the idea of being taxed just for dying. 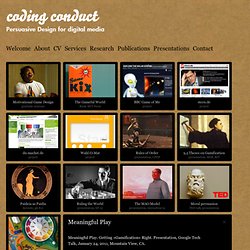 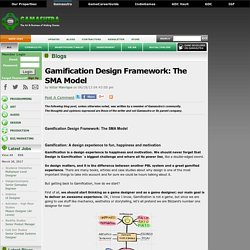 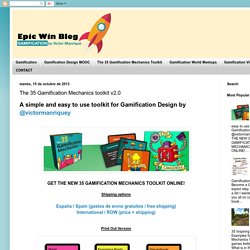 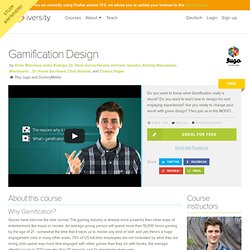 Games have become the new normal. The gaming industry is already more powerful than other ways of entertainment like music or movies. An average young person will spend more than 10,000 hours gaming by the age of 21 - somewhat the time that it takes us to master any kind of skill- and yet, there's a huge engagement crisis in many other areas. 70% of US full-time employees are not motivated by what they are doing, kids spend way more time engaged with video games than they do with books, the average attention span in 2012 was less than 10 seconds and it's decreasing every year... It seems like only games are truly understanding how human motivation really works.

Mmrg.pbworks.com/f/Ryan,+Deci+00.pdf. Studies Find Reward Often No Motivator. Creativity and intrinsic interest diminish if task is done for gain By Alfie KohnSpecial to the Boston Globereprinted with permission of the author from the Monday 1987-01-19 Boston Globe In the laboratory, rats get Rice Krispies. 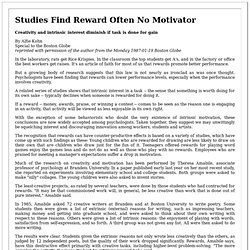 In the classroom the top students get A's, and in the factory or office the best workers get raises. It's an article of faith for most of us that rewards promote better performance. But a growing body of research suggests that this law is not nearly as ironclad as was once thought. A related series of studies shows that intrinsic interest in a task -- the sense that something is worth doing for its own sake -- typically declines when someone is rewarded for doing it. If a reward -- money, awards, praise, or winning a contest -- comes to be seen as the reason one is engaging in an activity, that activity will be viewed as less enjoyable in its own right. In 1985, Amabile asked 72 creative writers at Brandeis and at Boston University to write poetry. Meaningful Play - coding conduct. Tom Chatfield: 7 ways games reward the brain.

The Perfected Self - David H. Freedman. B. 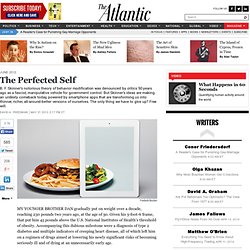 F. I Have No Words & I Must Design. This article was published in 1994 in Interactive Fantasy #2, a British roleplaying journal. A more recent version of the piece may be found here. Bing gordon-hacking-gamification. Pawned. - coding conduct. Gaming Conceptz: Paidia & Ludus. How Video Games Are Infiltrating. Angry Birds, Farmville and Other Hyperaddictive ‘Stupid Games’ Jesse Schell @ DICE2010 (Part 3)