About – alexanderadamsart. Alexander Adams is an artist, critic and poet, based in the UK. 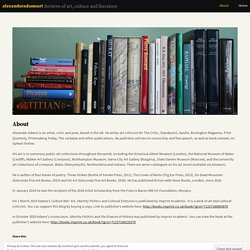 He writes art criticism for The Critic, Standpoint, Apollo, Burlington Magazine, Print Quarterly, Printmaking Today, The Jackdaw and other publications. He publishes articles on censorship and free speech, as well as book reviews, on Spiked-Online. His art is in numerous public art collections throughout the world, including the Victoria & Albert Museum (London), the National Museum of Wales (Cardiff), Walker Art Gallery (Liverpool), Northampton Museum, Varna City Art Gallery (Bulgaria), State Darwin Museum (Moscow), and the university art collections of Liverpool, Wales (Aberystwyth), Northumbria and Indiana. There are seven catalogues on his art (most available via Amazon). Dalziel + Scullion - Environmental Art. Decadent movement. The Decadent movement was a late-19th-century artistic and literary movement, centered in Western Europe, that followed an aesthetic ideology of excess and artificiality. 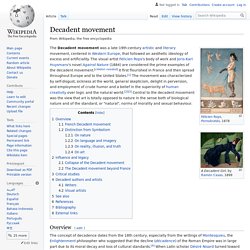 The visual artist Félicien Rops's body of work and Joris-Karl Huysmans's novel Against Nature (1884) are considered the prime examples of the decadent movement. It first flourished in France and then spread throughout Europe and to the United States.[1] The movement was characterized by self-disgust, sickness at the world, general skepticism, delight in perversion, and employment of crude humor and a belief in the superiority of human creativity over logic and the natural world.[2][3] Central to the decadent movement was the view that art is totally opposed to nature in the sense both of biological nature and of the standard, or "natural", norms of morality and sexual behaviour.

Aestheticism. Art movement emphasizing aesthetic considerations over social values Aestheticism (also the Aesthetic Movement) is an intellectual and art movement supporting the emphasis of aesthetic values more than social-political themes for literature, fine art, music and other arts.[1][2] This meant that art from this particular movement focused more on being beautiful rather than having a deeper meaning — "art for art's sake". 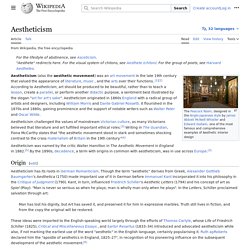 It was particularly prominent in England during the late 19th century, supported by notable figures such as Walter Pater and Oscar Wilde. The movement started in a small way in the 1860s in the studios and houses of a radical group of artists and designers, including William Morris and Dante Gabriel Rossetti, reformers who explored new ways of living in defiance of the design standards of the age as revealed in the 1851 Great Exhibition at Hyde Park, London. Aesthetic literature[edit] Aesthetic visual arts[edit] Aesthetic movement in decorative arts[edit] Symbolism. Symbolism or symbolist may refer to: Arts[edit] Religion[edit] Religious symbolism, symbolic interpretations of religious ritual and mythology Buddhist symbolism, the use of Buddhist art to represent certain aspects of dharma, which began in the 4th century BCEChristian symbolism, the use of symbols, including archetypes, acts, artwork or events, by ChristianityJewish symbolism, a visible religious token of the relation between God and manIslamic symbolism, the use of symbols in Islamic literature, art and architectureReligious symbols, use of graphical abstractions to represent religious concepts Science[edit] Symbolic anthropology, the study of cultural symbols and how those symbols can be interpreted to better understand a particular societySymbolic system, a system of interconnected symbolic meaningsSolar symbol, a symbol which represents the Sun in psychoanalysis, symbolism, semiotics, or other fields. 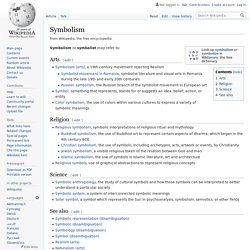 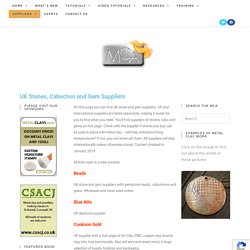 US and international suppliers are listed separately, making it easier for you to find what you need. You’ll find suppliers of stones, cabs and gems on this page. Check with the supplier if stones you buy can be used in place with metal clay – will they withstand firing temperatures? If not, you can bezel set them. All suppliers will ship internationally unless otherwise stated. Edward Burne-Jones. 19th-century English artist Sir Edward Coley Burne-Jones, 1st Baronet, ARA (;[1] 28 August 1833 – 17 June 1898) was a British artist and designer associated with the phase of the Pre-Raphaelite movement, who worked with William Morris on decorative arts as a founding partner in Morris, Marshall, Faulkner & Co. 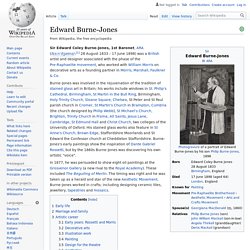 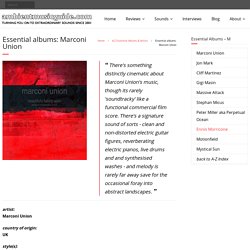 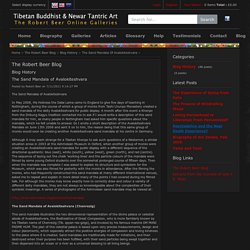 A month after this event a Khenpo from the Drikung Kagyu tradition contacted me to ask if I would write a description of this sand mandala for him, as many people in Nottingham had asked him specific questions about the mandala, which he felt unable to answer. So I wrote a short description of the Avalokiteshvara Mandala on June 13th 2008 and sent it on to him, the reason being that this same group of monks would soon be creating another Avalokiteshvara sand mandala at his centre in Germany. Mandala of Compassion - Art, Buddhism & Thangka Painting Courses by Carmen Mensink. Home > Artwork > Thangka Paintings > Mandala of Compassion The Mandala of Compassion All Buddhas have their own Mandala. 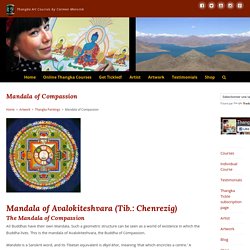 Such a geometric structure can be seen as a world of existence in which the Buddha lives. This is the mandala of Avalokiteshvara, the Buddha of Compassion. Mandala is a Sanskrit word, and its Tibetan equivalent is dkyil-khor, meaning ‘that which encircles a centre.’ Every aspect of a mandala structure has a deep meaning. Wheel of Life (Himalayan Art) The Wheel of Life (Tibetan: sid pai kor lo. 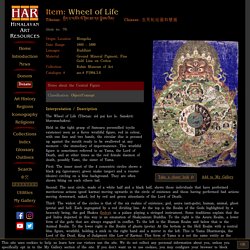 Sanskrit: bhavanachakra). Held in the tight grasp of Samsara personified (cyclic existence) seen as a fierce wrathful figure, red in colour, with one face and two hands, the circular disc is pressed up against the mouth ready to be swallowed at any moment - the immediacy of impermanence. This wrathful figure is sometimes referred to as Yama, the Lord of Death, and at other times as the red female daemon of death, possibly Yami, the sister of Yama.

First: The inner most of the 4 concentric circles shows a black pig (ignorance), green snake (anger) and a rooster (desire) circling on a blue background. They are often shown biting on each others tail. Mandala of Avalokiteshvara (Bodhisattva & Buddhist Deity) - Chaturbhuja (4 hands) (Himalayan Art) Chaturbhuja Avalokiteshvara Mandala (Tibetan: chen re zi chag shi pa'i kyil khor. English: the Mandala of the Four-armed All Seeing Lord): surrounded by the Buddhas of the Six Realms of existence and the four female door guardians. In the Mahayana Buddhist tradition Avalokiteshvara is regarded as a bodhisattva that exemplifies compassion. In Vajrayana Buddhism there are many forms of Avalokiteshvara, both peaceful and wrathful, where he is a meditational deity and regarded as a completely enlightened Buddha.

Psychogeography – Urthona Journal of Buddhism & the Arts. A journey into the scruffy outer zones of Cambridge, with camera in hand. Click below… CAMBRIDGE EDGELANDS This standing stone was spotted just outside Hatfield Forest, north east Essex. Although it has clearly been set up by a farmer just outside his farmhouse as an interesting feature, the stone itself does look very old and extremely weathered.

It is some kind of conglomerate with many small pebbles ingrained in the rock. SurelyContinue reading “The only Megalith in Essex?” Gandhara Schist Sculpture of a Bodhisattva - Barakat Gallery Store. I like thisUnlike Like0I dislike thisUndislike 0 The very serene and noble face of this figure is framed by long wavy hair, upon which sits a coil of hair at the top of the head representing the fashion of the time. Folds of clothing sweep from the figure's right side expanding into a type of skirt with a broad belt or sash at the waist.

Negative space - exhibition : Joe Dilworth. EVENTS – Nymphs & Thugs. Spoken word poetry is at the heart of what we do, and as well as producing UK tours, we host regular #LIVEwire nights between Leeds and London as well as at music festivals and venues around the country. Our first UK tour took place in May 2017 to support the release of Salena Godden‘s ‘LIVEwire’ album. We were also co-producers on Matt Abbott‘s 22-date UK theatre tour of ‘Two Little Ducks’ in autumn 2018. As well as our ‘LIVEwire’ events, we also programme and co-produce the bi-monthly ‘Chelping’ at The Leeds Library event. LIVEwire regional dates and Leeds residency 2019-20 Our most significant series of ‘LIVEwire’ events to date, and a major step up for Nymphs & Thugs as a spoken word event producer. Our first two regional events saw packed audience in Manchester and Bristol, and we’ll be announcing our Birmingham date very shortly, in partnership with Verve Poetry Festival.

LIVEwire Leeds No.2 | 04.12.19 Click here for more info, including ticket link. LIVEwire Manchester media. Graphology. Concrete and kitsch - eccentric gay travels, off the beaten path. A1 Poster Printing. Other Sizes Available: A0 | A2 | A3. WI-ID Subject Tree. Photographic Collection Index. Kristamas Klousch. Introduction to the Magic of The Ogham Trees. Original artwork © Ruby Clark 2010. Memetics. This article is related to the study of self-replicating units of culture, not to be confused with Mimesis. Memetics is a theory of mental content based on an analogy with Darwinian evolution, originating from the popularization of Richard Dawkins' 1976 book The Selfish Gene.[1] Proponents describe memetics as an approach to evolutionary models of cultural information transfer.

Graphology. Concrete and kitsch - eccentric gay travels, off the beaten path. Ta Men - 25 Contemporary Chinese Artists You Need to Know. OBJECT / A. Steven DaLuz Portfolios. Calligraphy Alphabets. Search for calligraphy alphabet books on Amazon Try the following exercises to get used to the pen before looking at the alphabets - I dare you! Otherwise, take a look at some example alphabets if you really can't wait:Italic - Blackletter - Foundational Hand - Uncial Don't forget the 30° angle as you write to give your letters uniformity. There will be some, minor, natural variation in angle as you write but this will add a liveliness to the work as a whole. Art and the Letter. Christopher Langley - Welcome. About Opportunities. Creative Tourist's Cultural Calendar 2014 by susie stubbs. Parker Harris - Competition. Background We are pleased to announce the third International Print Biennale will take place from 27 June to 8 August 2014.