Create a Stunning Ink Drop Video with After Effects. Learn how to blend your clips with the ink drops from Rocketstock Sumi to create a stunning video inside Adobe After Effects. 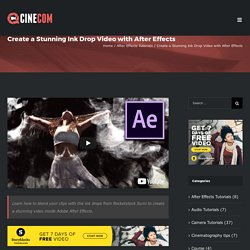 Download Free Samples Blending There’re two types of blending inside After Effects. You have the track matte blending, which will use a different layer as a template for its blending. Or you can blend a layer with its background (bottom layers). Mask. Need, Ahem, A Hand? Maciej Kuciara. InHyuk Lee. Raphael Lacoste on Gumroad. River of Life – Steve McCurry's Blog. Awesome Black And White Photographs That Show London Fog From The Early 20th Century. London was covered in “fog” at the beginning of the 20th Century, culminating in the Great Smog in 1952. 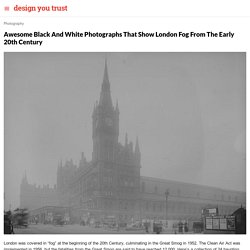 Why Didn't They Just Call It Cyberpink. STUDIO GHIBLI GIFS : hooray-anime: Howls Moving Castle - Directed by... Untitled. How to Draw Eyes – Structure. So, I’m done with the loomis method for now and I’m going to move on to features. 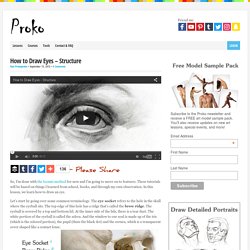 These tutorials will be based on things I learned from school, books, and through my own observation. In this lesson, we learn how to draw an eye. Let’s start by going over some common terminology. The eye socket refers to the hole in the skull where the eyeball sits. The top edge of this hole has a ridge that’s called the brow ridge. Characterdesigns, Melanie Gwosdz. DC Did Something Pretty Radical to Distance Itself From Marvel, and You've Already Seen It. Lumière de l'Atelier. X-Men For The 90s Kids. Facebook. Frederic Edwin Church - Google Arts & Culture. Edward Hopper - Google Arts & Culture. Armature Nine - Official Storefront – Digital Double Store. Figure & Gesture Drawing Practice ToolFigure & Gesture Drawing.

Amble. A slow amble is shown in the above cartoon. 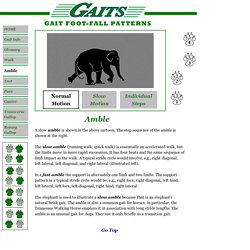 The step sequence of the amble is shown at the right. The slow amble (running walk; quick walk) is essentially an accelerated walk, but the limbs move in more rapid succession. It has four beats and the same sequence of limb impact as the walk. A typical stride cycle would involve, e.g., right diagonal, left lateral, left diagonal, and right lateral (illustrated left). World of 1920+ - Spiel in alternativem Weltkriegs-Szenario mit Mechs angekündigt - GamePro.

The Force Awakens Portfolio. Since Industrial Light & Magic’s inception in 1975, every idea dreamt into existence found its genesis within the ILM Art Department. 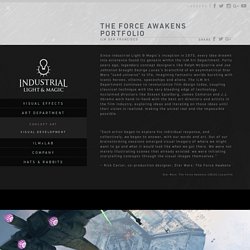 Forty years ago, legendary concept designers like Ralph McQuarrie and Joe Johnston brought George Lucas’s brainchild of an asymmetrical Star Wars “used universe” to life, imagining fantastic worlds bursting with iconic heroes, villains, spaceships and aliens. The ILM Art Department continues to revolutionize film design today, coupling classical technique with the very bleeding edge of technology. Acclaimed directors like Steven Spielberg, James Cameron and J.J. Abrams work hand-in-hand with the best art directors and artists in the film industry, exploring ideas and iterating on those ideas until their vision is realized, making the unreal real and the impossible possible. “Each artist began to explore his individual response, and collectively, we began to answer, with our words and art. Space Colony Artwork 1970s. From Sketch to color, a speed up video of Raphael Lacoste's painting process. Video Games And The Door Problem. 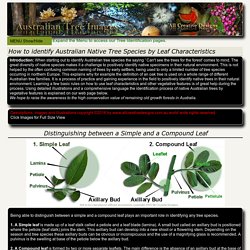 Introduction: When starting out to identify Australian tree species the saying ' Can't see the trees for the forest' comes to mind. The great diversity of native species makes it a challenge to positively identify native specimens in their natural environment. This is not helped by the often confusing common naming of trees by early settlers, being used to only a limited number of tree species occurring in northern Europe. This explains why for example the definition of an oak tree is used on a whole range of different Australian tree families. It is a process of practice and gaining experience in the field to positively identify native trees in their natural environment. Descriptions, images and illustrations copyright ©2016 by www.allcreativedesigns.com.au world wide rights reserved. Being able to distinguish between a simple and a compound leaf plays an important role in identifying any tree species. 1. 2.