6 Causes of Miscommunication - How to Use Plain Language Effectively. Magazine. How Heidi Klum Created Her Multimillion-Dollar Empire On Apr 14, 2015 by Jamie Malanowski The German-born supermodel believes a pleasant, professional attitude goes a long way in every career. 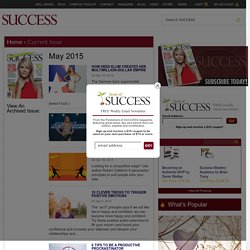 Team Building in the Classroom

The Invisible Spotlight: Why Managers Can't Hide: Craig W. Wasserman, Doug Katz: 9781460926017: Amazon.com. Turn the Ship Around!: A True Story of Turning Followers into Leaders: David Marquet: 9781591846406: Amazon.com. Top Ten Books Every Leader Should Read. The book "Change the Culture, Change the Game" notes, “In an era when change is the new gravity, it’s time to apply sound ideas.” 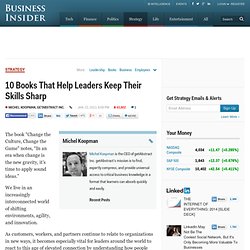 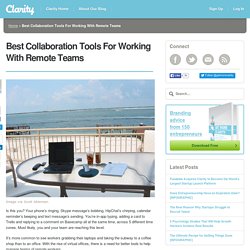 Is this you? Your phone’s ringing, Skype message’s bobbing, HipChat’s chirping, calendar reminder’s beeping and text message’s sending. The Best Collaboration Tools for Small Groups and Teams. Collaboration Your Way. The Marshmallow Test for Grownups - Ed Batista. By Ed Batista | 1:00 PM September 15, 2014 Originally conducted by psychologist Walter Mischel in the late 1960s, the Stanford marshmallow test has become a touchstone of developmental psychology. 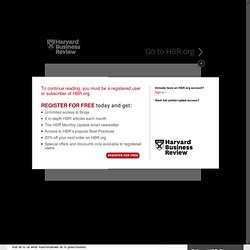 Children at Stanford’s Bing Nursery School, aged four to six, were placed in a room furnished only with a table and chair. A single treat, selected by the child, was placed on the table. (In addition to marshmallows, the researchers also offered Oreo cookies and pretzel sticks.) Each child was told if they waited for 15 minutes before eating the treat, they would be given a second treat. 6 Ways Being Mindful Can Make You a Better Leader, by Bruna Martinuzzi. If you consider mindfulness to be just another buzzword or New Age fad, think again. 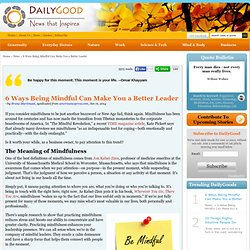 Mindfulness has been around for centuries and has now made the transition from Tibetan monasteries to the corporate boardrooms of America. In "The Mindful Revolution," a recent TIME magazine article, Kate Pickert says that already many devotees see mindfulness "as an indispensable tool for coping—both emotionally and practically—with the daily onslaught. " Is it worth your while, as a business owner, to pay attention to this trend? The Core Incompetencies of the Corporation - Gary Hamel. By Gary Hamel | 12:42 PM October 31, 2014 Large organizations of all types suffer from an assortment of congenital disabilities that no amount of incremental therapy can cure. 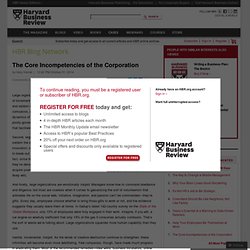 First, they are inertial. They are frequently caught out by the future and seldom change in the absence of a crisis. Deep change, when it happens, is belated and convulsive, and typically requires an overhaul of the leadership team. Absent the bloodshed, the dynamics of change in the world’s largest companies aren’t much different from what one sees in a poorly-governed, authoritarian regime – and for the same reason: there are few, if any, mechanisms that facilitate proactive bottom-up renewal. 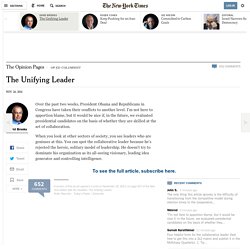 I’m not here to apportion blame, but it would be nice if, in the future, we evaluated presidential candidates on the basis of whether they are skilled at the art of collaboration. When you look at other sectors of society, you see leaders who are geniuses at this. You can spot the collaborative leader because he’s rejected the heroic, solitary model of leadership. He doesn’t try to dominate his organization as its all-seeing visionary, leading idea generator and controlling intelligence. Instead, he sees himself as a stage setter, as a person who makes it possible for the creativity in his organization to play itself out. Collaborative political leaders would look very different than the ones we’re used to. Third, a collaborative president would offer specific goals to each team, but he would not come up with clear visions. Your Innovation Team Shouldn’t Run Like a Well-Oiled Machine. Most innovation teams inside large companies are set up to operate like well-oiled machines. 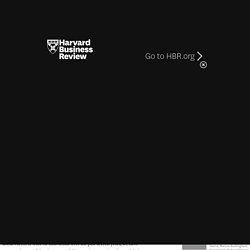 They move in a specified direction at a predictable speed. Since the early 1900s, this model has been the prevailing paradigm for how organizations are designed and run. The problem is that while this approach enables large-scale production, it doesn’t seem to work for innovation. Over the past several years, we have compared successful and unsuccessful innovation teams in a dozen global organizations. One of our key findings was that teams functioning more like machines – blindly following highly defined processes and execution plans — were the least effective at achieving their goals and coming up with innovations.