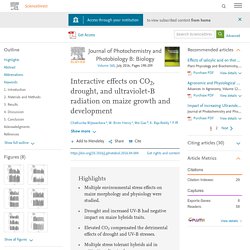 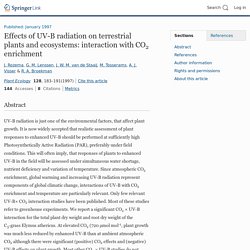 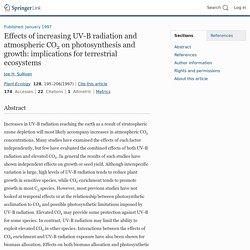 & Britz, S. J. 1992. Amelioration of UV-B damage under high irradiance: I. Role of photosynthesis. Photochem. UV-web-opt. Www.hindawi. In this work, we have attempted to review the current knowledge on the impact of elevated CO2, O3, and UV on soils. 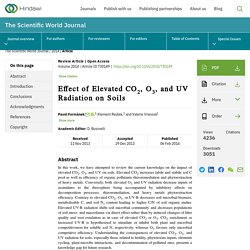 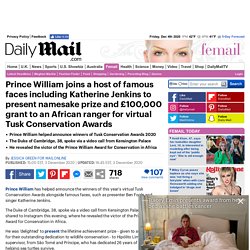 The Duke of Cambridge, 38, spoke via a video call from Kensington Palace in a clip shared to Instagram this evening, where he revealed the victor of the Prince William Award for Conservation in Africa. He was 'delighted' to present the lifetime achievement prize - given to an individual for their outstanding dedication to wildlife conservation - to Hipólito Lima, a rangers supervisor, from São Tomé and Príncipe, who has dedicated 26 years of his life to helping sea turtles survive. Launched with Prince William in 2013, the annual ceremony celebrates the achievements of extraordinary people, whose work protecting Africa's natural heritage might otherwise go unnoticed outside their fields.

Www.telegraph.co. E-bike From Tesla: Model B Turns Heads and Steers Independently. Kendall Toerner has designed the Tesla Model B e-bike concept, which breaks with common conventions and provides for an autopilot and other gimmicks. 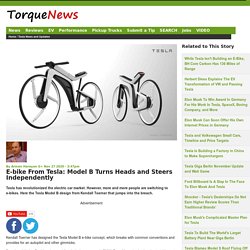 BayWa. Based in Munich, BayWa Aktiengesellschaft is a German company which operates in the agriculture, building materials and energy sectors. 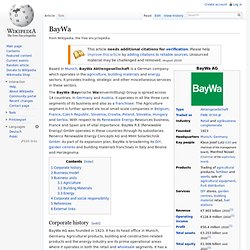 It provides trading, strategic and other miscellaneous services in these sectors. The BayWa (Bayerische Warenvermittlung) Group is spread across 14 countries. Forestry South Africa. Partnership on solar power in African villages. This offer is no longer available to non-profit organisations. 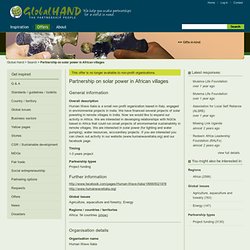 General information Overall description Human Wave Italia is a small non profit organization based in Italy, engaged in environmental projects in India. We have financed several projects of solar powering in remote villages in India. Open/wp-content/uploads/2013/10/GILLIAM.pdf. Www.fao.org/sd/egdirect/egdocuments/pvfulltext.pdf. Demographic and transactional data are givens, but they're not the be-all and end-all of donor-information gathering. Demographics Market Research Reports. Web5.wgu.edu/aap/content/mkc1-chapter_5.pdf. How Nonprofits Get Really Big. Since 1970, more than 200,000 nonprofits have opened in the U.S., but only 144 of them have reached $50 million in annual revenue. 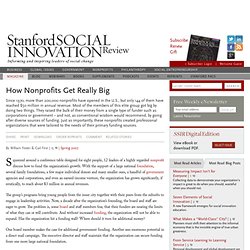 Most of the members of this elite group got big by doing two things. They raised the bulk of their money from a single type of funder such as corporations or government – and not, as conventional wisdom would recommend, by going after diverse sources of funding. Just as importantly, these nonprofits created professional organizations that were tailored to the needs of their primary funding sources. Squeezed around a conference table designed for eight people, 12 leaders of a highly regarded nonprofit discuss how to fund the organization’s growth. The group’s programs bring young people from the inner city together with their peers from the suburbs to engage in leadership activities. One board member makes the case for additional government funding. How Nonprofits Get Really Big. 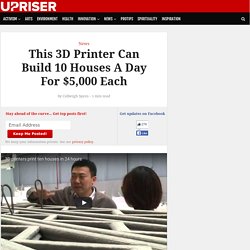 For $5,000 and ten hours you can now buy a 3D printed house. “The days of lengthy, inefficient, and costly construction projects could be coming to an end. Private inventor Ma Yihe designed a 3D printer that built ten houses in a single day! The china based company building and research center are all constructed of 3D printed walls. The building walls are energy efficient and made of recycled construction waste and mortar. “Not only is the printer environmentally ideal but it potentially has the ability to produce sound low cost housing for poverty stricken communities.

Learn more here. How To Build A 300 Square Foot Windproof Hoop House For Under $500. Choosing to build your own greenhouse is an easy decision to make, and it’s not as hard as you may think. As with any project, just break this one down into steps and you won’t get overwhelmed. While the build itself can be done in two days with a helper. Organic chemistry neuroscience. History of the Abayudaya - Rabbi Gershom. Kip the knowledge is lower. Mangrove, the Tree That Captures Carbon, Filters Saltwater, and Stops Storms.

Slows Coastal Erosion Following the Indian Ocean tsunami of 2004, a study led by Danish ecologist Finn Danielsen reported that coastal areas flush with mangrove trees were markedly less damaged than those without. The findings suggest that the trees shield the coastline (pdf) by reducing the height and energy of ocean waves and offer hard evidence that deforestation could result in increased coastal damage from storms. Captures CarbonMangroves are expert carbon scrubbers. A global inventory by McGill University environmental scientist Gail Chmura found that mangroves pack away carbon faster than terrestrial forests. Every year they hoard some 42 million tons, roughly equivalent to the annual carbon emissions of 25 million cars.

The Old Man and the Fig Tree - 15 Shevat. Today is Rosh Hashanah. Not the new year for humans, that's sometime in September, but the New Year for Trees. We celebrate by eating fruit, especially fruits significant to Israel; Those mystically inclined indulge in a festive "Seder"; and in modern-day Israel, the day has assumed the status of a kind of Arbor day and is commemorated by widespread planting of trees. Play.google. Countries worldwide are attempting difficult transitions from state-planned to market economies. Most of these countries have fragile democratic regimes that are threatened by the high social and political costs of reform. Governments—and ultimately societies—have to make hard choices about allocating scarce public resources as they undergo these transitions. A central, often controversial, and most poignant question is how to protect vulnerable groups and the poor. What compensation, what "safety net" will be provided for them? Carol Graham argues that safety nets can provide an environment in which economic reform is more politically sustainable and poverty can be permanently reduced.

The author examines these trade-offs in detail, with a particular focus on how political and institutional contexts affect the kinds of safety nets that are implemented.

AU Careers. Preservation tree. 3D Printed Drones Fly into the Future. Over the past several years, drone usage dramatically increased. In 2016, global unit sales grew 60% to 2.2 million and revenue increased 36% to $4.5 billion. In the United States alone, American consumers bought 2.4 million hobbyist drones compared to 1.1 million in 2015. This year, revenue is expected to increase $6 billion while units should grow to 3 million. This constitutes 39% revenue growth and 34% unit growth from 2016 to 2017, according to a study conducted by the research firm Gartner Inc. Goodyear Is Trying to Make an Electricity-Generating Tire. Light uses energy from falling weight to illuminate homes without electricity

Future Homes on Mars Might be 3D Printed, According to NASA. 3D Printed Trees Harvest Energy From Sun, Wind, & Temperature. Clean Power. Tree energy. Category: Tree. Virginia Tech Soil Testing Lab. Automation 101 for IT Professionals. Energy system from cold temperature - Recherche Google. MRC Centre for Regenerative Medicine. Could lasers help plants grow TWICE as fast? Light technology keeps food fresher for longer and could solve world hunger. With the global population set to top nine billion in 2050, demand for food is predicted to rise by 70 per cent – and technology could play a large role in bridging the gap. What is RPA, artificial intelligence and machine learning? What Frugal Innovators Do. Mind-controlled car unveiled in China. Bran Ferren: To create for the ages, let's combine art and engineering.

Classroom Rentals. G 28367q mtcmt. Artificial Leaf Harnesses Sunlight for Efficient Fuel Production. Generating and storing renewable energy, such as solar or wind power, is a key barrier to a clean-energy economy. When the Joint Center for Artificial Photosynthesis (JCAP) was established at Caltech and its partnering institutions in 2010, the U.S. Department of Energy (DOE) Energy Innovation Hub had one main goal: a cost-effective method of producing fuels using only sunlight, water, and carbon dioxide, mimicking the natural process of photosynthesis in plants and storing energy in the form of chemical fuels for use on demand.