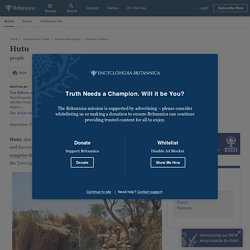 Numbering about 9,500,000 in the late 20th century, the Hutu comprise the vast majority in both countries but were traditionally subject to the Tutsi (q.v.), warrior-pastoralists of Nilotic stock. When the Hutu first entered the area, they found it inhabited by the Twa, Pygmy hunters whom they forced to retreat. Hutu life centred on small-scale agriculture, and social organization was based on the clan, with petty kings (bahinza) ruling over limited domains. King George II. King john of england. John, King of England – Recherche Google. Henry i. The messed up truth of Queen Victoria. It's difficult to imagine the awe with which the Victorians must have greeted the advent of the telephone. 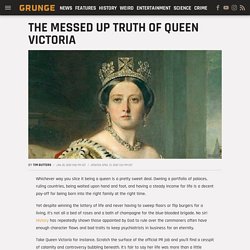 The ability, as The Telegraph reports one advertisement explained it at the time, to "converse miles apart, in precisely the same manner as though they were in the same room," must have appeared like a rare voodoo indeed. For someone who ruled over the industrial revolution and was the first British royal to ride in a train, it's only fitting Queen Victoria had a ringside view of this high magic when it first changed the world.

According to Island Echo, on January 14, 1878, Alexander Graham Bell conducted a significant moment in the smartphone and internet's origin story when he demonstrated exactly how the phone worked to Her Royal Highness. Was Queen Victoria Didn't Believe in Women's Rights - Or Did She? Queen Victoria was one of the most famous women of the 19th century. 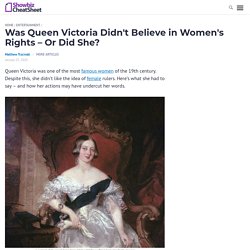 Despite this, she didn’t like the idea of female rulers. Here’s what she had to say – and how her actions may have undercut her words. Queen Victoria’s thoughts on women’s rights WBUR reports the queen once said “We women are not made for governing.” Speaking in third person, she continued “The Queen is most anxious to enlist some one who can speak & write etc. checking this mad, wicked folly of ‘Woman’s rights,’ with all the attendant horrors, on which her poor feeble sex seems bent…God created man & woman different — & let each remain in their own position.” 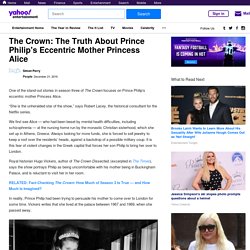 “She is the unheralded star of the show,” says Robert Lacey, the historical consultant for the Netflix series. We first see Alice — who had been beset by mental health difficulties, including schizophrenia — at the nursing home run by the monastic Christian sisterhood, which she set up in Athens, Greece. Always looking for more funds, she is forced to sell jewelry to keep a roof over the residents’ heads, against a backdrop of a possible military coup. It is this fear of violent changes in the Greek capital that forces her son Philip to bring her over to London. Royal historian Hugo Vickers, author of The Crown Dissected, (excerpted in The Times), says the show portrays Philip as being uncomfortable with his mother being in Buckingham Palace, and is reluctant to visit her in her room. Queen Elizabeth II news: The key sign Charles preparing to take over as King. Queen Elizabeth II travelled from Buckingham Palace to Westminster to reopen Parliament on Thursday (December 19.) 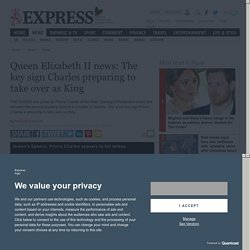 The 93-year-old Queen delivered a speech at the second State Opening of Parliament since October. Heir apparent Prince Charles, 71, joined his mother at the state ceremony which marked the start of a new Parliamentary session following the general election. In recent weeks there has been mounting speculation around Prince Charles’s growing role within the monarchy. Queen SNUB: The century old tradition the Queen no longer follows. What really killed Queen Elizabeth I? There are several prominent theories as to what downed Queen Elizabeth I, but it's likely that we'll never know the exact cause of death. 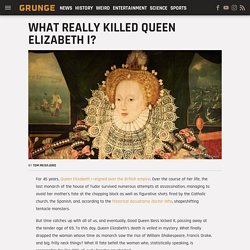 At Elizabeth's preemptive instruction, there was no autopsy performed, and even if there had been, she passed away at the beginning of the 17th century, when mortuary sciences still mostly consisted of shrugging and saying "this is too hard" if a corpse didn't have any knife-shaped holes in it. The Royal Museums of Greenwich list three possibilities. The first and most widely regarded potential mortal coil shuffler was blood poisoning.

Elizabeth was a big fan of a face makeup called Venetian Ceruse, considered the best a woman could get in its time. It's what gave Bess her iconic pallor. Britannia. National personification of the United Kingdom. 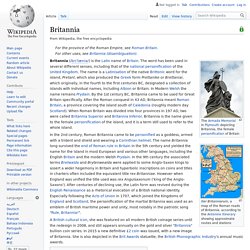 Offa of Mercia. Offa was King of Mercia, a kingdom of Anglo-Saxon England, from 757 until his death in July 796. 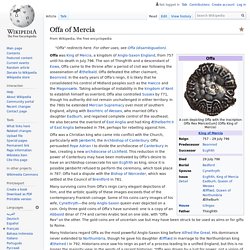 The son of Thingfrith and a descendant of Eowa, Offa came to the throne after a period of civil war following the assassination of Æthelbald. Offa defeated the other claimant, Beornred. In the early years of Offa's reign, it is likely that he consolidated his control of Midland peoples such as the Hwicce and the Magonsæte.

Taking advantage of instability in the kingdom of Kent to establish himself as overlord, Offa also controlled Sussex by 771, though his authority did not remain unchallenged in either territory. GERMANY, KINGS. GERMANY, KINGS & emperors v4.1 Updated 24 May 2018 Chapter 1. 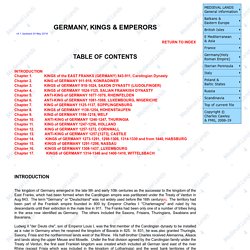 Why Queen Elizabeth Was Once Known as ‘Princess Auto Mechanic’ During World War II, young people from all over the country came together to defend their homeland and defeat Hitler. 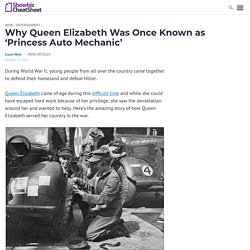 Queen Elizabeth came of age during this difficult time and while she could have escaped hard work because of her privilege, she saw the devastation around her and wanted to help. Queen Elizabeth II news: How Queen got injured in dangerous dog fight. The Queen has loved corgis for over 80 years. As a teenager, Elizabeth fell in love with her father's dog Dookie, a Pembrokeshire corgi, and wanted one of her own. She was subsequently given Susan at the age of 18 and throughout her reign she has owned more than 30 corgis, many of them direct descendants of her first dog. Susan was so loved that she accompanied Her Majesty and The Duke of Edinburgh on their honeymoon. During her long reign, the Queen was often photographed with her dogs, who even appeared during the Bond sketch filmed for the curtain-raiser to the 2012 London Olympics.

However, according to a 1991 report by the Daily Express, the monarch’s relationship with her pets has not always been so smooth. Her Majesty was reportedly badly injured in a dog fight almost 20 years ago. Lady amelia windsor. Order of chivalry. Royal Order of the Seraphim. FANDOM powered by Wikia. God's Holy Angel: Part 54 Mini-Course on Prayer - SpiritualDirection.com. Editor’s note: David Torkington continues his series on prayer with the fourth and final section, “From Meditation to Contemplation”.

Read part 53 here, and begin with part one here. Kingdom of Hungary. The Kingdom of Hungary was a monarchy in Central Europe that existed from the Middle Ages into the 20th century (1000–1946 with the exception of 1918–1920). The Principality of Hungary emerged as a Christian kingdom upon the coronation of the first king Stephen I at Esztergom around the year 1000;[8] his family (the Árpád dynasty) led the monarchy for 300 years. By the 12th century, the kingdom became a European middle power within the Western world.[8] According to the demographers, about 80 percent of the population was made up of Hungarians before the Battle of Mohács,[neutrality is disputed] however in the mid 19th century out of a population of 14 million less then 6 million were Hungarian due to the resettlement policies and continuous immigration from neighboring countries.[11][12] Major territorial changes made Hungary ethnically homogeneous after World War I.

Prince Charles in Japan: Visit could be PIVOTAL in post-Brexit relationships. Prince Charles is heading to Japan to attend the solemn “Sokuirei-Seiden-no-Gi” ceremony, which will officially enthrone Japanese Emperor Naruhito. The Prince of Wales is to represent Queen Elizabeth II in the country and is undertaking the official state visit at the request of the British Government. The two-day visit doesn’t just focus on the celebrations surrounding Emperor Naruhito, who received his title in May after his father Akihito stepped down. But it also marks an occasion for the UK to strengthen ties with Japan - in particular following recent tensions between the countries’ governments over Brexit and the possibility of a no deal, strongly opposed by Japan’s Prime Minister Shinzo Abe. And Prince Charles could play the important role of mediator and help greatly in “smoothing the relationship”, according to Peter Kim, Professor of Management and Organisation at USC Marshall School of Business.

Sophie Winkleman - Recherche Google. Prince George news: Prince William reveals his son’s George’s ‘obsession’ The third-in-line is “obsessed” with tractors and he often plays on them with his sister Princess Charlotte and little brother Prince Louis. Six-year-old Prince George loves playing with farm’s equipment and tractors, his father William admitted as he was inspecting the Duchy of Cornwall with one of the farmers living in the area. On the new ITV documentary ‘Prince Charles: Inside the Duchy of Cornwall’, Prince William said: “I should have brought George today. “He would be absolutely loving this… He’s obsessed.” Speaking with Mervyn Keeling, a farmer living in Prince Charles’s Duchy, Prince William also added how his other children, four-year-old Princess Charlotte and one-year-old Prince Louis, are used to play outside. The Duke of Cambridge continued: “My children are already, you know, playing on the tractors and, like you say, it’s so important to get outside, and have the children understand nature.

READ MORE: Camilla's favourite TV show revealed - and she makes Charles watch too. Thai king strips 'ungrateful' mistress of official concubine title over 'ambitious' efforts to replace queen. The King of Thailand has stripped his official mistress of her title, just months after making the rare appointment, over accusations that she was “disloyal” to the crown and attempted to “rise to the level of the queen”. King Maha Vajiralongkorn, also known as King Rama X, named Major-General Sineenat Wongvajirapakdi, 34, the official Royal Noble Consort just months after his own coronation in May and marriage to his fourth wife, former consort and Thai Airways flight attendant, General Suthida Vajiralongkorn.

Why Moving To Canada Won't Solve Prince Harry and Meghan Markle's Problems. Nicholas II of Russia. Boris Johnson is using the Henry VIII playbook on Brexit: Macro Hive. Queen Elizabeth II Is Hiring: Here's How You Can Get Close to Royalty. Do you have what it takes? Prince Charles’ aides banned stars of Netflix drama The Crown from event over affair storyline. The Queen's informal photoshoot that aides feared would 'bring down the monarchy' Edward VIII movies. George VI movies - Cerca con Google. Princess Michael of Kent. Why Queen Elizbeth II Signs Her Name as "Elizabeth R" Queen Elizabeth II has done some incredible things in her lifetime, but last week marked a surprising debut: She posted her first Instagram ever. The caption wasn't as informal as we had hoped—this is still the Queen of England after all (no song lyrics or hashtags to see here)—but it was a touching post nonetheless, showing a letter from Charles Babbage, "the world's first computer pioneer," written to her great-great-grandfather, Prince Albert.

7 Women In History You Didn't Know Were Fans Of Cannabis. Three Portraits of Victorious Elizabeth I to Be Displayed Together for the First Time. The Complicated and Disturbing Life of King Henry VIII. Time. Elizabeth of Hungary. Third Order of Saint Francis. Third Order of Saint Francis. Order of the Golden Fleece. Centuries of inbreeding among European royals responsible for famous facial deformities seen in historical paintings. Queen Elizabeth II: Her Majesty’s contribution to classical music.

Brief History of the Royal Family.