Awaken the Mind to See Its True Nature; Seeing the True Nature, One Becomes a Buddha. – Buddha Gate Monastery. I. 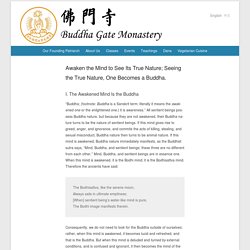 The Awakened Mind Is the Buddha “Buddha; (footnote: Buddha is a Sanskrit term; literally it means the awakened one or the enlightened one.) it is awareness.” All sentient beings possess Buddha nature, but because they are not awakened, their Buddha nature turns to be the nature of sentient beings. If this mind gives rise to greed, anger, and ignorance, and commits the acts of killing, stealing, and sexual misconduct, Buddha nature then turns to be animal nature. If this mind is awakened, Buddha nature immediately manifests, as the Buddhist sutra says, “Mind, Buddha, and sentient beings; these three are no different from each other.” Zen Buddhism Princeton Meditation - Original Mind Zen Sangha. The Spotlight Effect. I was at the DMV the other day and I had to walk in front of like 100 people to take care of my car registration. 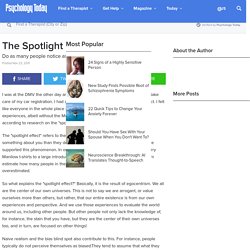 I had a stain on my shorts—a McRib stain to be exact. I felt like everyone in the whole place noticed it. I'm sure you all have had similar experiences, albeit without the McRib. Manvantara. In a Kalpa, there are 14 Indras who reign in succession in 14 Manvantaras. 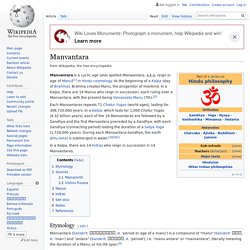 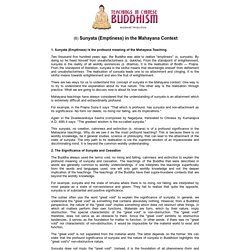 Sunyata (Emptiness) is the profound meaning of the Mahayana Teaching. Two thousand five hundred years ago, the Buddha was able to realise "emptiness" (s. sunyata). By doing so he freed himself from unsatisfactoriness (s. dukkha). Pali. Pali (/ˈpɑːli/; Pāli) or Magadhan is a Middle Indo-Aryan language native to the Indian subcontinent. 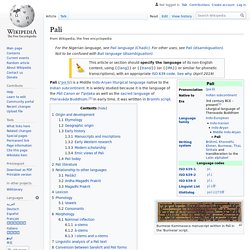 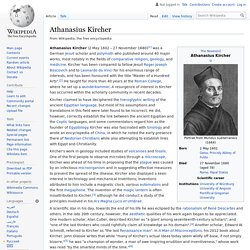 (sometimes erroneously spelled Kirchner; Latin: Athanasius Kircherus, 2 May 1602 – 28 November 1680) was a German Jesuit scholar and polymath who published around 40 major works, most notably in the fields of comparative religion, geology, and medicine. Kircher has been compared to fellow Jesuit Roger Boscovich and to Leonardo da Vinci for his enormous range of interests, and has been honored with the title "Master of a Hundred Arts".[2] He taught for more than forty years at the Roman College, where he set up a wunderkammer.

A resurgence of interest in Kircher has occurred within the scholarly community in recent decades. Kircher claimed to have deciphered the hieroglyphic writing of the ancient Egyptian language, but most of his assumptions and translations in this field were later found to be incorrect. Kircher's work in geology included studies of volcanoes and fossils. Life[edit] Works[edit] Athanasius Kircher. Biography, Facts, & Contributions. Pathology. Agnosia - National Aphasia Association. What is Agnosia? 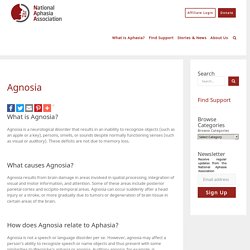 Agnosia is a neurological disorder that results in an inability to recognize objects (such as an apple or a key), persons, smells, or sounds despite normally functioning senses (such as visual or auditory). These deficits are not due to memory loss. What causes Agnosia? Agnosia results from brain damage in areas involved in spatial processing, integration of visual and motor information, and attention. Some of these areas include posterior parietal cortex and occipito-temporal areas.

How does Agnosia relate to Aphasia? Agnosia is not a speech or language disorder per se. Agnosia. Picture of the ventral and dorsal streams. 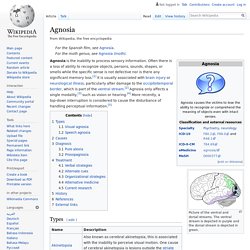 Two photographs of a single hologram taken from different viewpoints In its pure form, holography requires the use of laser light for illuminating the subject and for viewing the finished hologram. 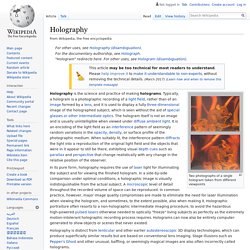 In a side-by-side comparison under optimal conditions, a holographic image is visually indistinguishable from the actual subject. A microscopic level of detail throughout the recorded volume of space can be reproduced. In common practice, however, major image quality compromises are made to eliminate the need for laser illumination when viewing the hologram, and sometimes, to the extent possible, also when making it. Holographic portraiture often resorts to a non-holographic intermediate imaging procedure, to avoid the hazardous high-powered pulsed lasers otherwise needed to optically "freeze" living subjects as perfectly as the extremely motion-intolerant holographic recording process requires.