Culture - The subversive messages hidden in The Wizard of Oz. In December 1937, Walt Disney Productions released its first feature-length cartoon, Snow White and the Seven Dwarfs. 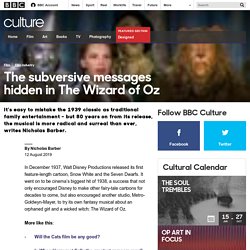 It went on to be cinema’s biggest hit of 1938, a success that not only encouraged Disney to make other fairy-tale cartoons for decades to come, but also encouraged another studio, Metro-Goldwyn-Mayer, to try its own fantasy musical about an orphaned girl and a wicked witch: The Wizard of Oz. More like this: - Will the Cats film be any good? - Is When Harry met Sally the greatest romcom ever? - The films that defined Generation X But for all of its similarities to the Disney film, MGM’s version was more of an anti-fairy tale than a fairy tale. Rollingstone. The Train (1965 film) 1964 film by Arthur Penn, John Frankenheimer, Bernard Farrel. 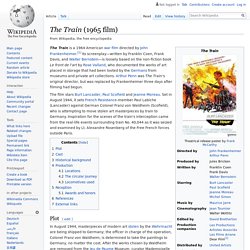 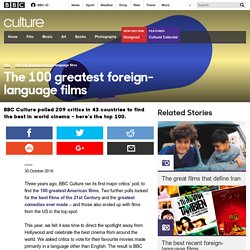 Two further polls looked for the best films of the 21st Century and the greatest comedies ever made – and those also ended up with films from the US in the top spot. This year, we felt it was time to direct the spotlight away from Hollywood and celebrate the best cinema from around the world. We asked critics to vote for their favourite movies made primarily in a language other than English. The result is BBC Culture’s 100 greatest foreign-language films. Read more about BBC Culture’s 100 greatest foreign-language films: Introducing the Horror Oscars: The 40 Best Scary Movies Since ‘Halloween’ 6 Great International Thriller Series Now Streaming on Netflix. 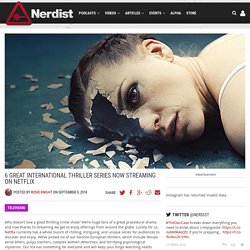 We’re huge fans of a great procedural drama and now thanks to streaming we get to enjoy offerings from around the globe. Luckily for us, Netflix currently has a whole bunch of chilling, intriguing, and unique series for audiences to discover and enjoy. We’ve picked six of our favorite European thrillers, which include female serial killers, pulpy slashers, complex women detectives, and terrifying psychological mysteries. Idiocracy. Idiocracy is a 2006 American satirical science fiction comedy film directed by Mike Judge and starring Luke Wilson, Maya Rudolph, Dax Shepard, and Terry Crews. 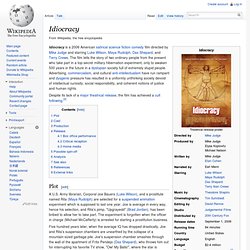 The film tells the story of two ordinary people from the present who take part in a top-secret military hibernation experiment, only to awaken 500 years in the future in a dystopian society full of extremely stupid people. Advertising, commercialism, and cultural anti-intellectualism have run rampant and dysgenic pressure has resulted in a uniformly unthinking society devoid of intellectual curiosity, social responsibility, and coherent notions of justice and human rights.

Despite its lack of a major theatrical release, the film has achieved a cult following.[2] Plot[edit] Broken English (2007 film) Broken English is a 2007 American romance film written and directed by Zoe Cassavetes, starring Parker Posey and Melvil Poupaud. 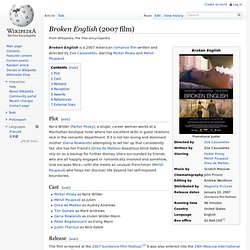 Nora Wilder (Parker Posey), a single, career woman works at a Manhattan boutique hotel where her excellent skills in guest relations lack in the romantic department. If it is not her loving and dominant mother (Gena Rowlands) attempting to set her up that consistently fail, she has her friend’s (Drea de Matteo) disastrous blind dates to rely on as a backup for further dismay. She's surrounded by friends who are all happily engaged or romantically involved and somehow, love escapes Nora—until she meets an unusual Frenchman (Melvil Poupaud) who helps her discover life beyond her self-imposed boundaries. Little Tony (film) Little Tony (Dutch: Kleine Teun) is a 1998 Dutch comedy film drama directed by Alex van Warmerdam. 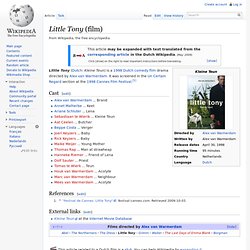 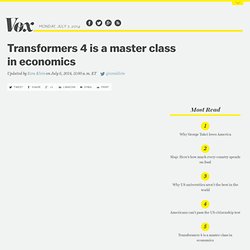 Why did "Edge of Tomorrow" bomb at the box office in the U.S.? 61 Things We Learned From the 'Armageddon' Commentary. You knew it was inevitable. 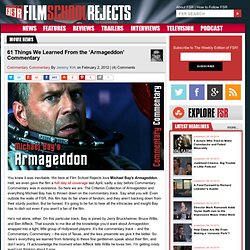 We here at Film School Rejects love Michael Bay’s Armageddon. Hell, we even gave the film a full day of coverage last April, sadly a day before Commentary Commentary was in existence. So here we are. The Criterion Collection of Armageddon and everything Michael Bay has to thrown down on the commentary track. 'Dawn of the Planet of the Apes' review: damn dirty humans. 7inShare Jump To Close. 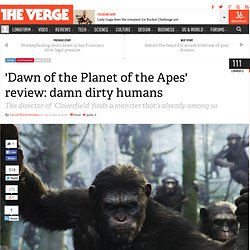