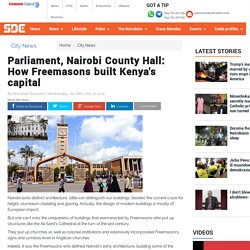 Little can distinguish our buildings, besides the current craze for height, aluminium cladding and glazing. Actually, the design of modern buildings is mostly of European import. But one can’t miss the uniqueness of buildings that were erected by Freemasons who put up structures like the All Saint’s Cathedral at the turn of the last century. They put up churches as well as colonial institutions and extensively incorporated Freemasonry signs and symbols even in Anglican churches. Indeed, it was the Freemasons who defined Nairobi’s early architecture, building some of the grandest buildings in the country to date. Nairobi planning started in the 1920s. The layout of the city was borrowed from Washington DC, Paris, Cape Town, Pretoria, Canberra (the executive capital of Australia), New Delhi and La Plata, a city in Argentina. All these cities’ architecture was widely deemed as masonic, complete with signs and symbols.

Parliament, Nairobi County Hall: How Freemasons built Kenya's capital - Entertainment News < Deuter­­onomy 29:18-29, Modern English Version (MEV) lest there be among you a man or woman or family or tribe whose heart turns away today from the Lord our God to go and serve the gods of these... Deuter­­onomy 28:15-68, Modern English Version (MEV) But it will happen, if you will not listen to the voice of the Lord your God, by being careful to do all His commandments and His statutes which... 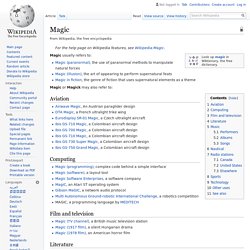 Video Game Magic: How Games Capture the Intellectual Side of Wizardry - Lichdom Battlemage. Video game magic lets players wield the elements and other forces instead of traditional weapons, turning combat into an explosive new experience. 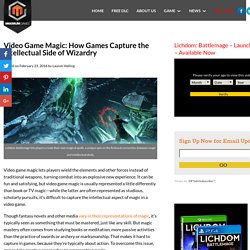 It can be fun and satisfying, but video game magic is usually represented a little differently than book or TV magic—while the latter are often represented as studious, scholarly pursuits, it’s difficult to capture the intellectual aspect of magic in a video game. Though fantasy novels and other media vary in their representations of magic, it’s typically seen as something that must be mastered, just like any skill. But magic mastery often comes from studying books or meditation, more passive activities than the practice of swords or archery or marksmanship. That makes it hard to capture in games, because they’re typically about action. To overcome this issue, games take creative approaches to representing magic.

Six Awesome Magic Spells (And Summons) From Final Fantasy Video Games. How shocking is it for me to being doing a non-horror list on Halloween? 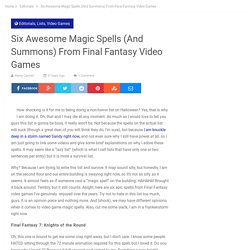 Yes, that is why I am doing it. Oh, that and I may die at any moment. As much as I would love to tell you guys this list is gonna be boss, it really won’t be. Not because the spells on the actual list will suck (though a great deal of you will think they do, I’m sure), but because I am knuckle deep in a storm named Sandy right now, and not even sure why I still have power at all, so I am just going to link some videos and give some brief explanations on why I adore these spells. It may seem like a “lazy list” (which is what I call lists that have only one or two sentences per entry) but it is more a survival list. Why? Final Fantasy 7: Knights of the Round. The First Pokemon Ever Created Isn't What You Think. © 2016 ZergNet.com. 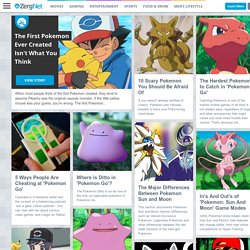 All rights reserved Menu ZergNet Learn More Login The First Pokemon Ever Created Isn't What You Think When most people think of the first Pokemon created, they tend to assume Pikachu was the original capsule monster. 10 Scary Pokemon You Should Be Afraid Of If you weren't already terrified of Litwick, Parasect and Yamask, prepare to have your Poke-loving mind blown. The Hardest Pokemon to Catch in 'Pokemon Go' Catching Pokemon in one of the hottest mobile games of all time is not always easy, regardless of bugs and other annoyances that might cause you even more trouble than normal. 5 Ways People Are Cheating at 'Pokemon Go' Cassidee is a freelance writer and the co-host of a freelancing podcast and a geek culture podcast . Where is Ditto in 'Pokemon Go'? In's And Out's of 'Pokemon: Sun And Moon' Game Modes IGN's Pokemon show breaks down how Sun and Moon's new features will change battle, from new online competitions to Hyper Training.

Amos 4:6-12, Modern English Version (MEV) Though I gave you cleanness of teeth in all your citiesand lack of food in all your places,yet you did not return to Me,says the Lord. I also withheld the... Ezekiel 20:42, Modern English Version (MEV) You shall know that I am the Lord when I bring you into the land of Israel, into the country for which I lifted up My hand to give it to your fathers.