Health. Injury prevention. Flexibility. Nutrition & Diet. Workouts. Three Strategies to Offset Late-Race Fatigue. Regulate Your Breath This is such an important skill that coach Budd Coates dedicated an entire book to it (Running on Air, a must-read). 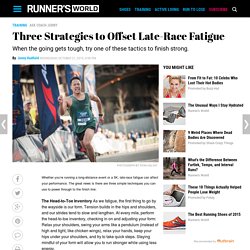 Breathing rates can go off the charts in the late stages of a race as you push harder, which contributes to fatigue. What Coates found through research is that the foot you land on while exhaling receives the most impact force. Most people fall into an even cadence—they inhale over two steps, and exhale over two steps (or inhale three steps, exhale three steps)—which means they’re always exhaling on the same side. Coates teaches runners a technique called rhythmic breathing to more evenly distribute those exhales. He has runners inhale for three strides and exhale for two during easy to moderate efforts, and inhale for two strides and exhale for one during moderate to hard efforts. Technically this is something you want to do from the start and not just in the final miles, but it’s a skill you may forget to practice when you’re focused on pushing hard.

Does Speedwork Hurt Your Endurance? One topic that’s often debated is whether you should do any faster running, like interval workouts, during your base training period. 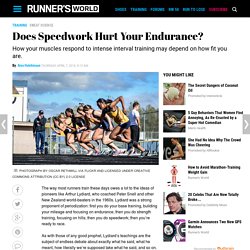 Does running intervals have an opportunity cost, since you’re missing the opportunity to do another long run? Or, worse, is there something about hard anaerobic running that actually prevents you from building the endurance you’re supposed to? That last idea—speedwork hurts endurance—always struck me as unlikely. I’ve generally included intervals during my base training periods, albeit relatively long and relaxed ones with short recoveries, which isn't necessarily inconsistent with Lydiard's approach. Still, a recent, seemingly unrelated study reminded me of the debate. The study, published in The FASEB Journal by a team of researchers in Sweden, Canada, and several other European countries, actually hit the headlines for a different reason.

So what did the study actually show? The legs and arms responded quite differently, though. What Happens To The Body During A Marathon. New Website Finds Cheapest Running Shoes on the Web, Irking Some Running Stores. The idea came to 25-year-old founder, Imran Khoja, while on a run in waning Mizuno Wave Inspires. 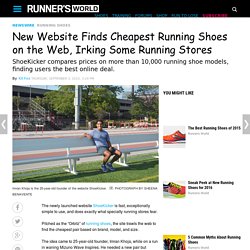 He needed a new pair but couldn’t find a store in the area with the model in his size. “I was getting desperate. I thought, this has to be a tech problem,” Khoja told Runner’s World Newswire. “These shoes have to exist somewhere on the Internet. What if there was a superfast way to scour the web to find them?” On nights and weekends with the help of three friends this summer, he built a way. ShoeKicker launched on August 15 with a searchable database that includes 14 shoe brands and 17 retailers.

That strikes a nerve in specialty running store owners. “When I first heard about it, honestly I was not happy,” Kris Hartner, the owner of Naperville Running Company in Illinois, told Newswire. GET MORE RUNNER'S WORLD: Sign up for the RW Daily newsletter In some ways, it is, but Khoja insists that’s not the main purpose of the site. Guy Sebastian reveals the secrets of his transformation. “I was in an unhealthy cycle,” says Sebastian, toweling off after a workout in his garage. 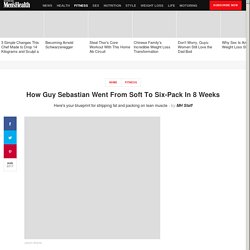 “I was drinking too much. I wasn’t eating well. And everything I thought I was doing right wasn’t working.” Earlier this year, aged 35, he resolved to get serious about his fitness. Had he embarked on this quest alone his chances of success – of looking and feeling anything like the way he does now – would have been slimmer than his new waist. And the results? Juggling the recording of his ninth album, Conscious, while being a dad to Hudson, 5, and Archer, 3, Sebastian added 8cm to his chest, cut 7cm from his waist and slashed his body-fat percentage from 19.1 per cent to 7.7 per cent. Want to enact a similar transformation? Jason Ierace Move directly from the resistance exercise into the aerobic one. Lie on an incline bench with dumbbells held in a neutral grip out in front of you, elbows slightly bent. 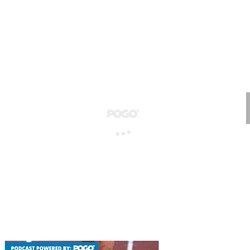 Brad has a fire-side chat with Steve who unpacks the transition from international running to a series of what he fondly refers to as personal worst times. He shares who inspires him as an athlete, the toughest athlete he competed against, his most loved and toughest sessions and some great insights into pursuing your best as a runner. To listen to Episode 54 To listen to the full interview on I -Tunes click HERE>> To listen to the interview on Soundcloud click HERE>> Don’t forget to SUBSCRIBE to ensure you get performance insights from our future upcoming exciting guests. In this episode Steve shares: